From the ostentatious outside of the Golden Nugget to the more pedestrian inside, in this case the Bingo Hall. Bingo was a very popular gambling activity during this era, and it lives on as Keno, a more passive and less attention-intensive game. The wall-mounted number boards displayed below are typical of the Keno screens common in casinos today. The very formal and fixed layout of tables and stools reminds one of a set of long lunch counters from that time. 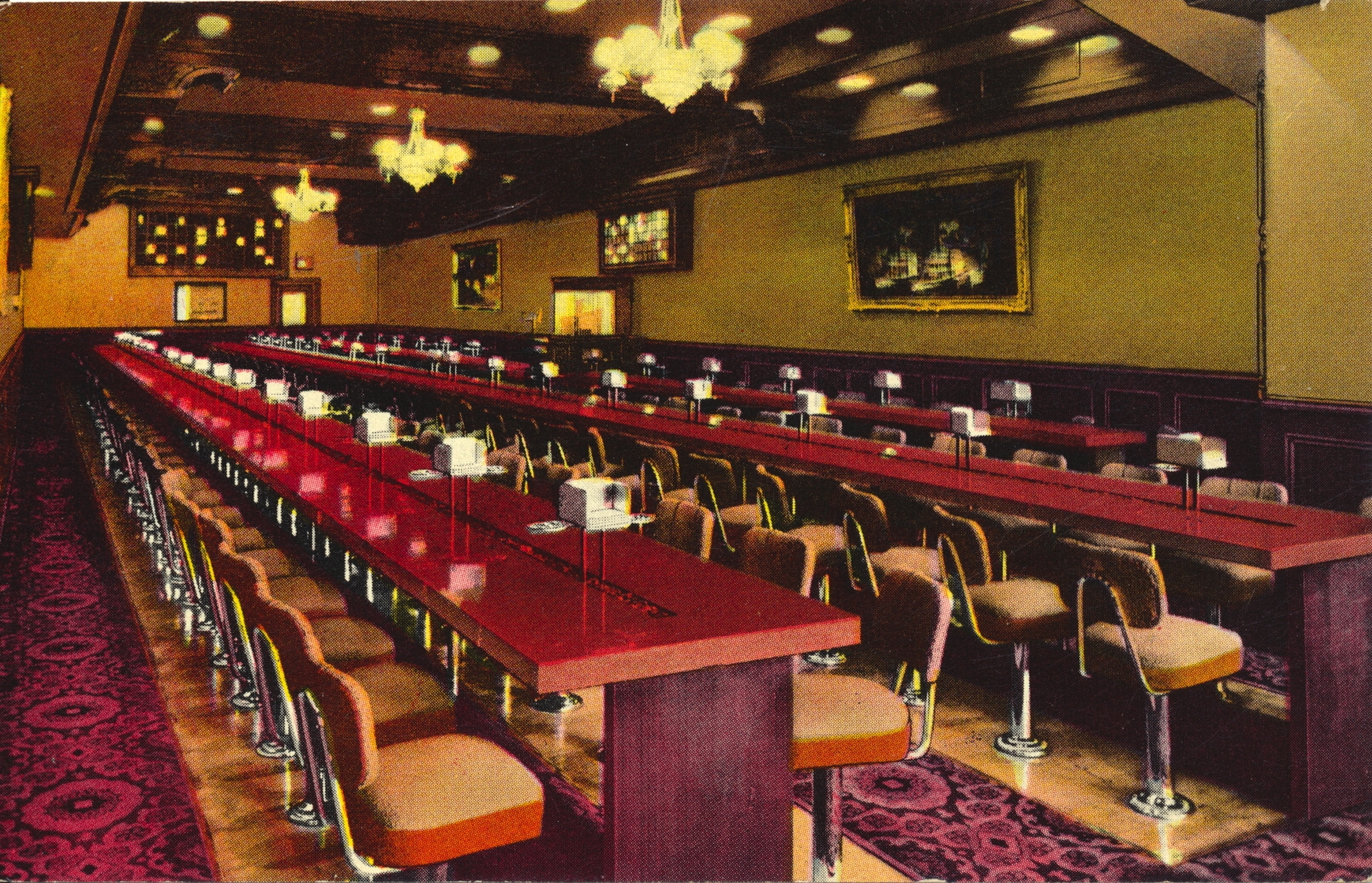 The description states:
BINGO ROOM
THE GOLDEN NUGGET
LAS VEGAS, NEVADA
The new palatial Bingo Room, in Nevada’s largest and most glamorous casino. The Golden Nugget, in Downtown Las Vegas, is the most modern and luxurious in the world. Every day thousands play this favorite game of chance.
–It is likely that, with the waning popularity of Bingo, its replacement with Keno, and the incredible surge in popularity of slot machine games, that this room has been converted to other uses in the intervening decades.
This postcard was used, and has a postmark of 27 July 1953.