This is an image of the Great Lakes passenger ship S.S. Ontario at rest in the harbor at Coburg, Ontario. 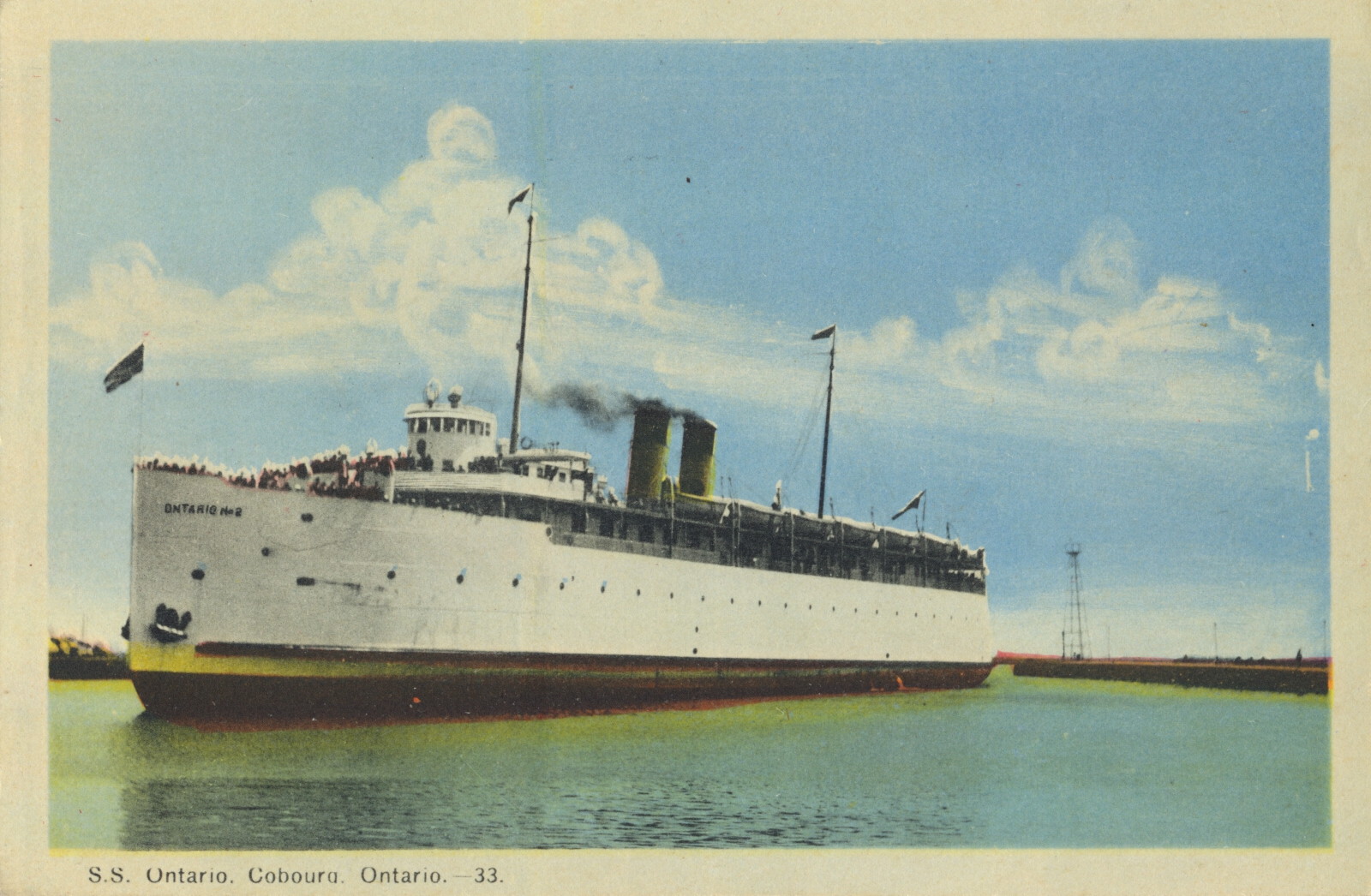 –Close inspection of the enlarged photo shows this is named the Ontario No. 2, implying it was a replacement for a previous ship of the same name. However, it was the last, as it was a sort of victim of the aftermath of the S.S. Noronic disaster. When new, more stringent safety requirements were imposed on ships such as this, the owners decided that it was not worth the expense to comply, as the ship had been built in 1915, so it was scrapped in 1950.