At first glance, this postcard appears to be identical to this one, posted here long ago. The photographs on which the colorized version is based is the same, with only a couple of very interesting revisions. 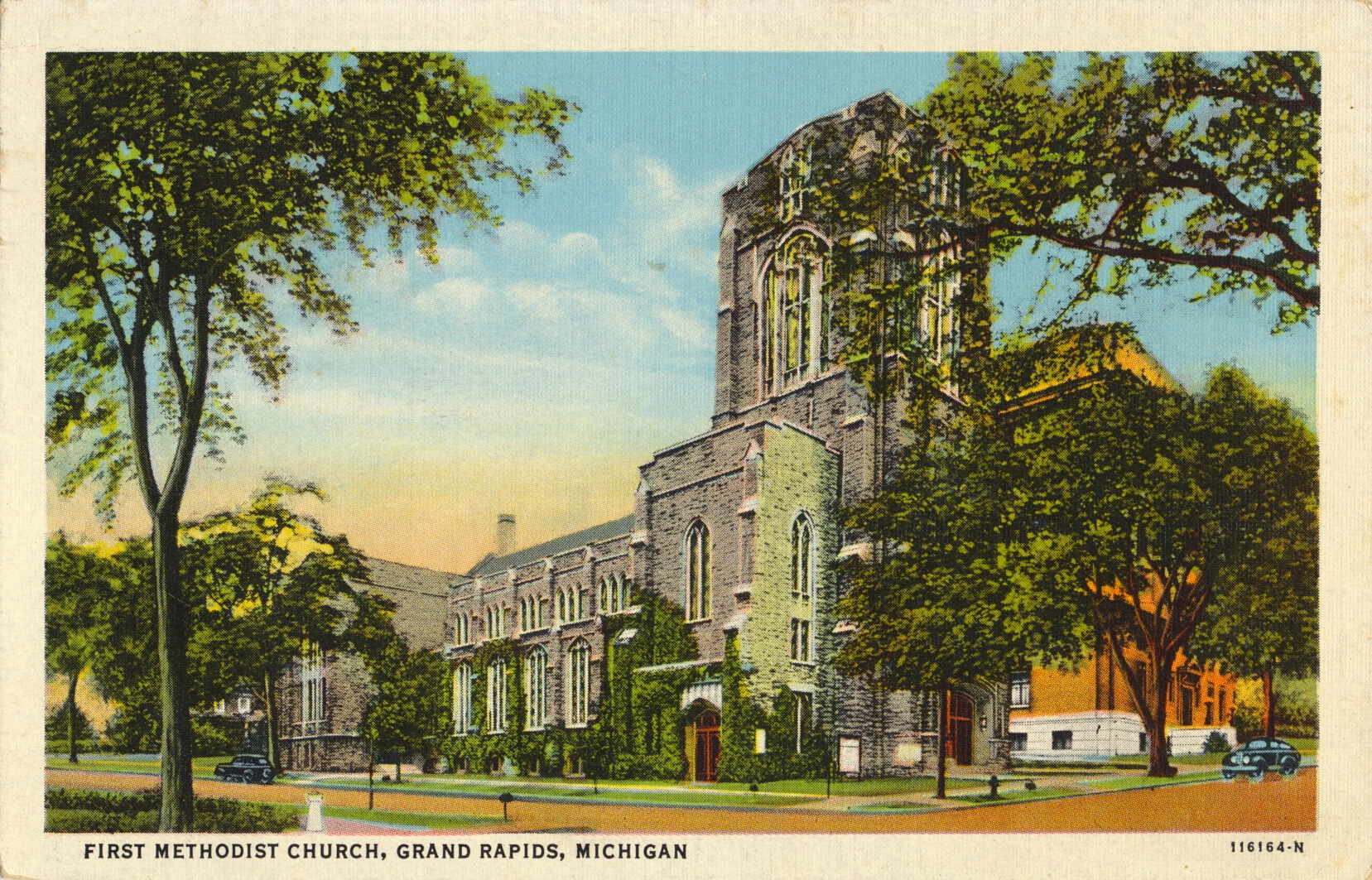 –Among the changes between this card and the previous one are the legend at the bottom, which now omits the word ‘Episcopal’, as that part of the church name was retired after a merger in 1939. Additionally, the code number at the bottom right is the same with the addition of ‘-N’, indicating a new version of the card.

This image almost certainly dates from the 1940s.