This image is a colorful rendition of the large house that came to be called Castle Hahatonka. 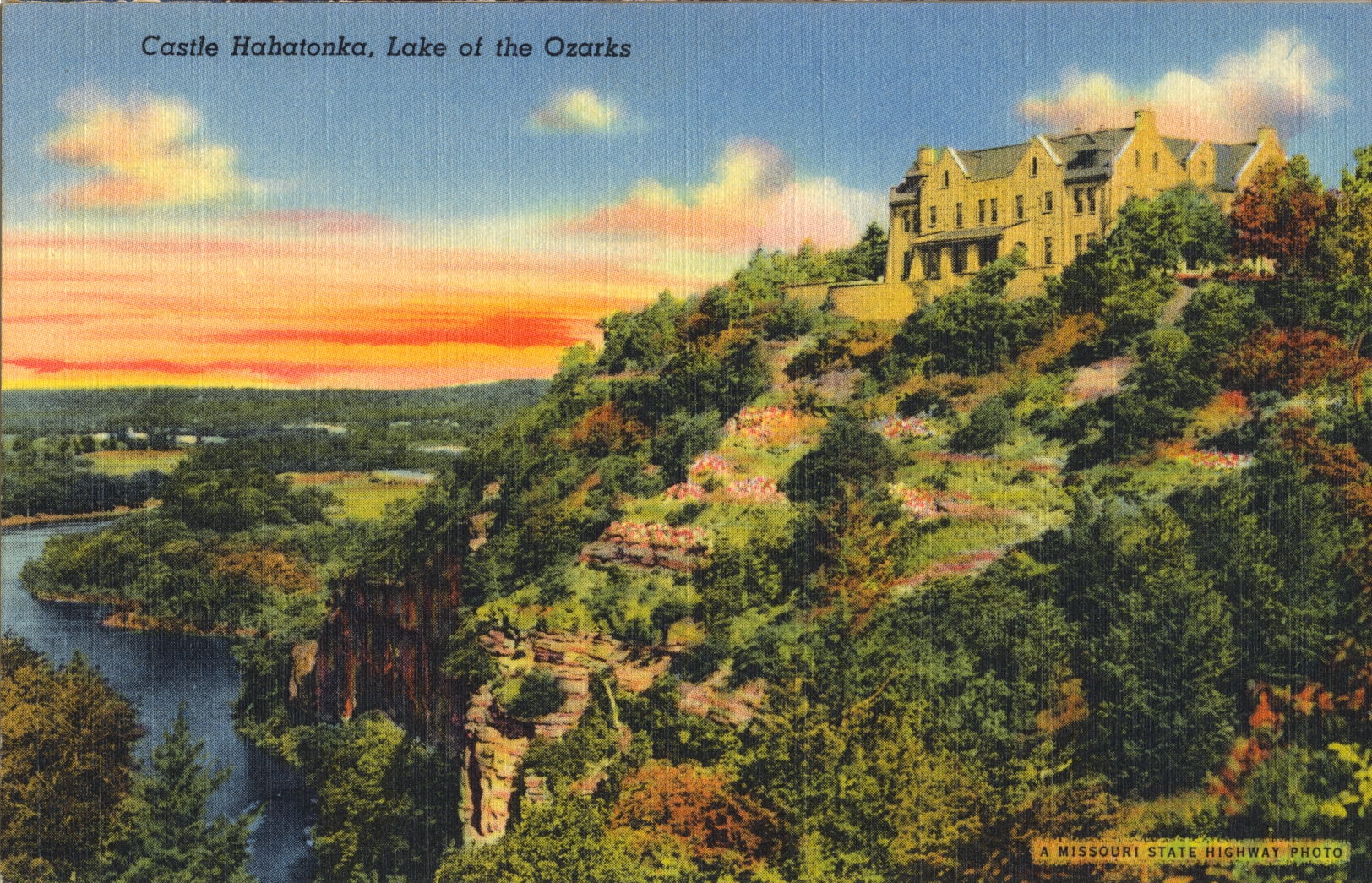 Daniel Boone is said to have trapped beaver in 1801 on what is now Hahatonka Lake. The region was visited in 1806 by a member of Pike’s Expedition, and was described by Henry M. Brackenridge in his Views of Louisiana, published in 1814. Robert M. Snyder, Kansas City, in 1905, built the house that has since been known as the “Castle”.

–The house is also described on an earlier post here. This card likely dates from the 1940s