This image displays the unique transportation method used in the mid-20th century for tourists to visit the Tahquamenon River area. The name is from a popular cartoon of the early 20th century called Toonerville Folks. The name has been used by other public transport methods elsewhere in the United States. 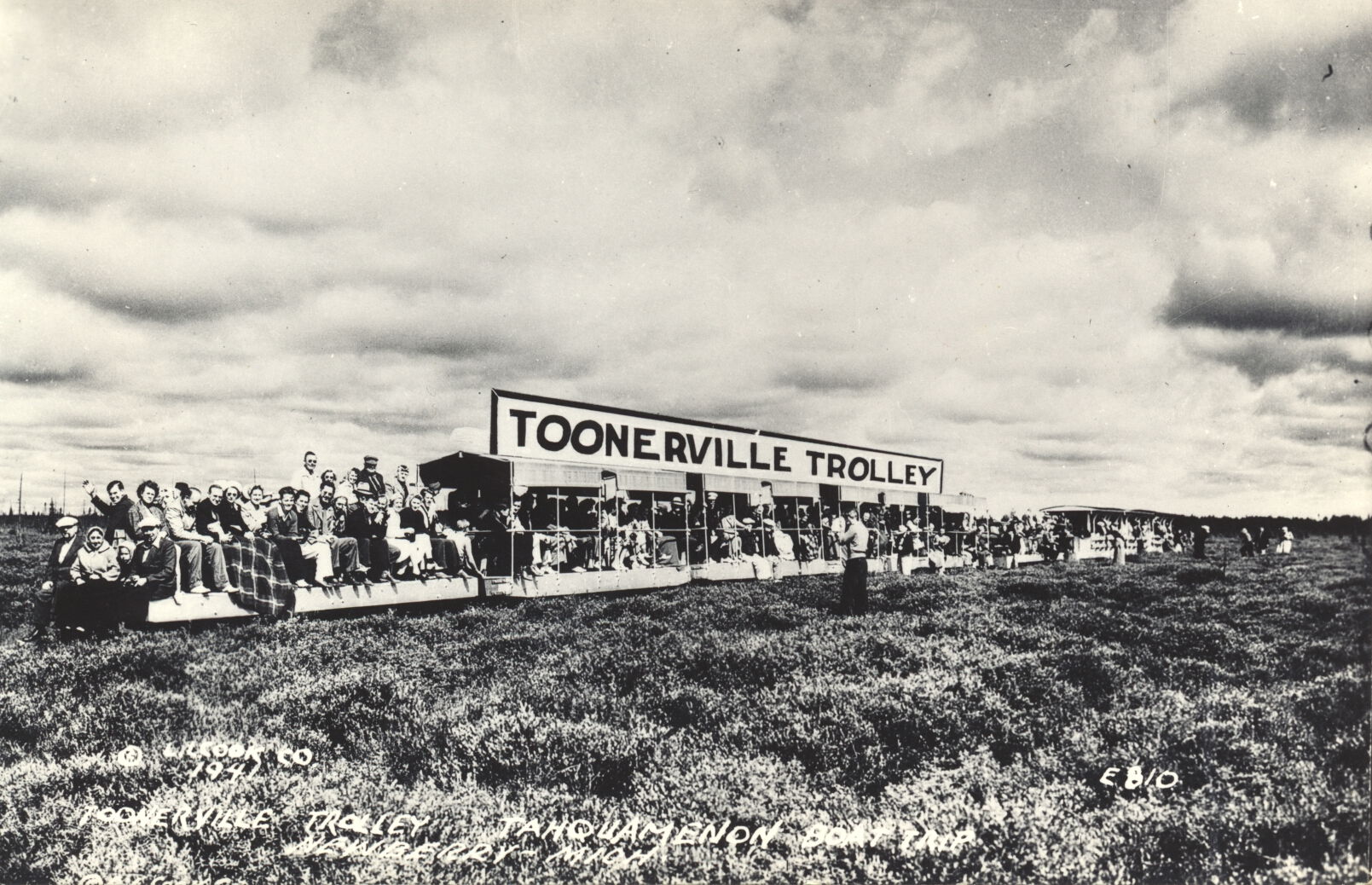 The casual seating arrangements, particularly evident at the back of the trolley where tourists are seated on the trailing edge of the car, are indicative of a trolley that moves very slowly across flat land. Another image, posted on this site some months ago, shows later development of the cars used for passengers and the type of motive power for the trolley.