After a break of several months, we return to the Pioneer Village first displayed here. This card shows a substantial number of the toys representing the late 19th and early 20th centuries. 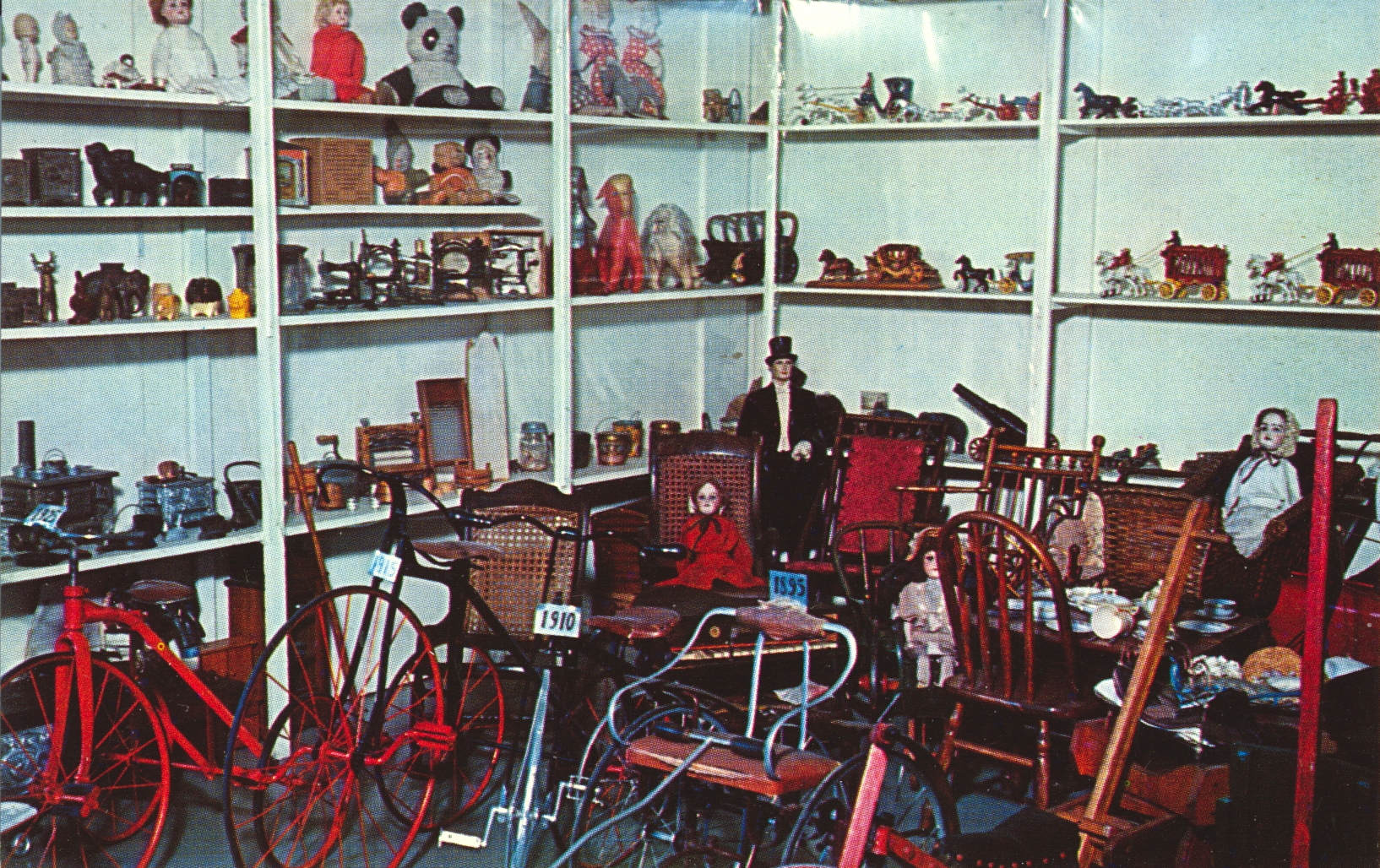 Here you see a portion of the Toy Shop in the Pioneer Village. There is a Teddy Bear with was named after Teddy Roosevelt upon his return from an African hunting trip. You can also see a portion of the circus. Not visible is a collection of antique mechanical toy banks, of which 200 different models were made between 1856 and 1910.

–This card and the others from this series date from the 1960s.