This image shows the iconic Space Needle structure as it looked during the World’s Fair in Seattle, Washington in 1962. It was officially known as the Century 21 Exposition, and ran for several months in 1962. 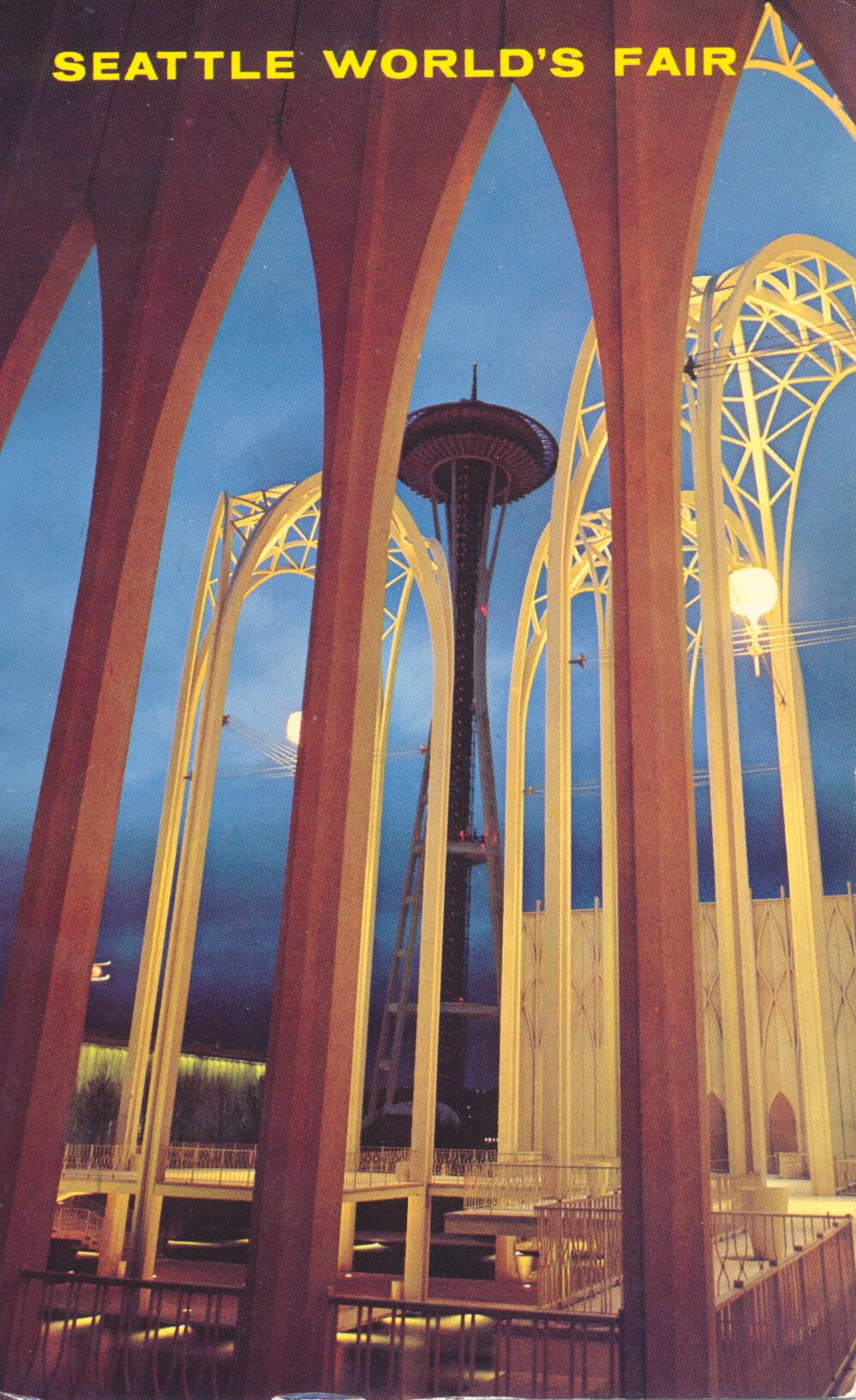 Space needle through the arches of the Science Pavilion.

–The exposition was attended by over 10 million people and made a profit, an exception for events like this in the 1960s. The Route of the Empire Builder extends between Seattle-Portland and Chicago, via Spokane and Minnesota’s Twin Cities. The five de luxe streamliners in this fleet provide daily departures in both directions from every point served. Every travel luxury and comfort is available at no extra fare.

–The Great Northern was merged with other railroads to form the Burlington Northern, and responsibility for the Empire Builder passenger service was assumed by Amtrak.