This image is taken from a tourist stop in the White Mountain Region of New Hampshire. The Presidential Range is so called because several have been named for U.S. Presidents of the latter 19th and early 20th centuries. 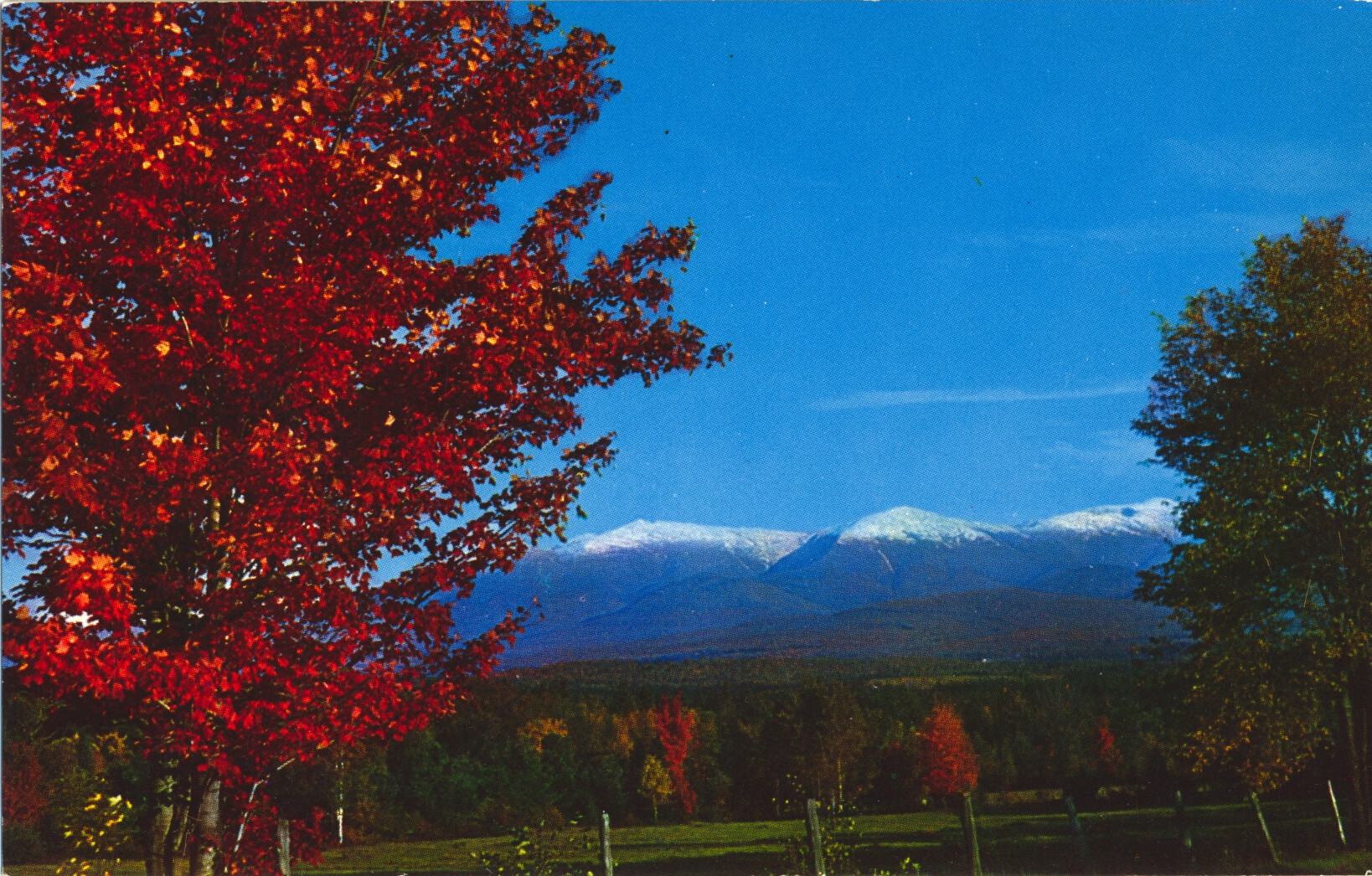 PRESIDENTIAL RANGE IN AUTUMN, FROM THE WHITEFIELD-JEFFERSON AREA OF THE WHITE MOUNTAIN REGION, NEW HAMPSHIRE

Snow on the highest peaks of the White Mountains provides magnificent beauty while fall lingers in the lower woodlands.

— The peaks are actually part of the Green Mountain Range in Vermont, though viewable from the White Mountain range and park near the border in New Hampshire

This postcard was used and is dated 2 September 1966

This is an image of an iconic structure from the early days of road building in the Americas. The covered bridge was built to protect the bridge from the elements, particularly ice and snow accumulation. 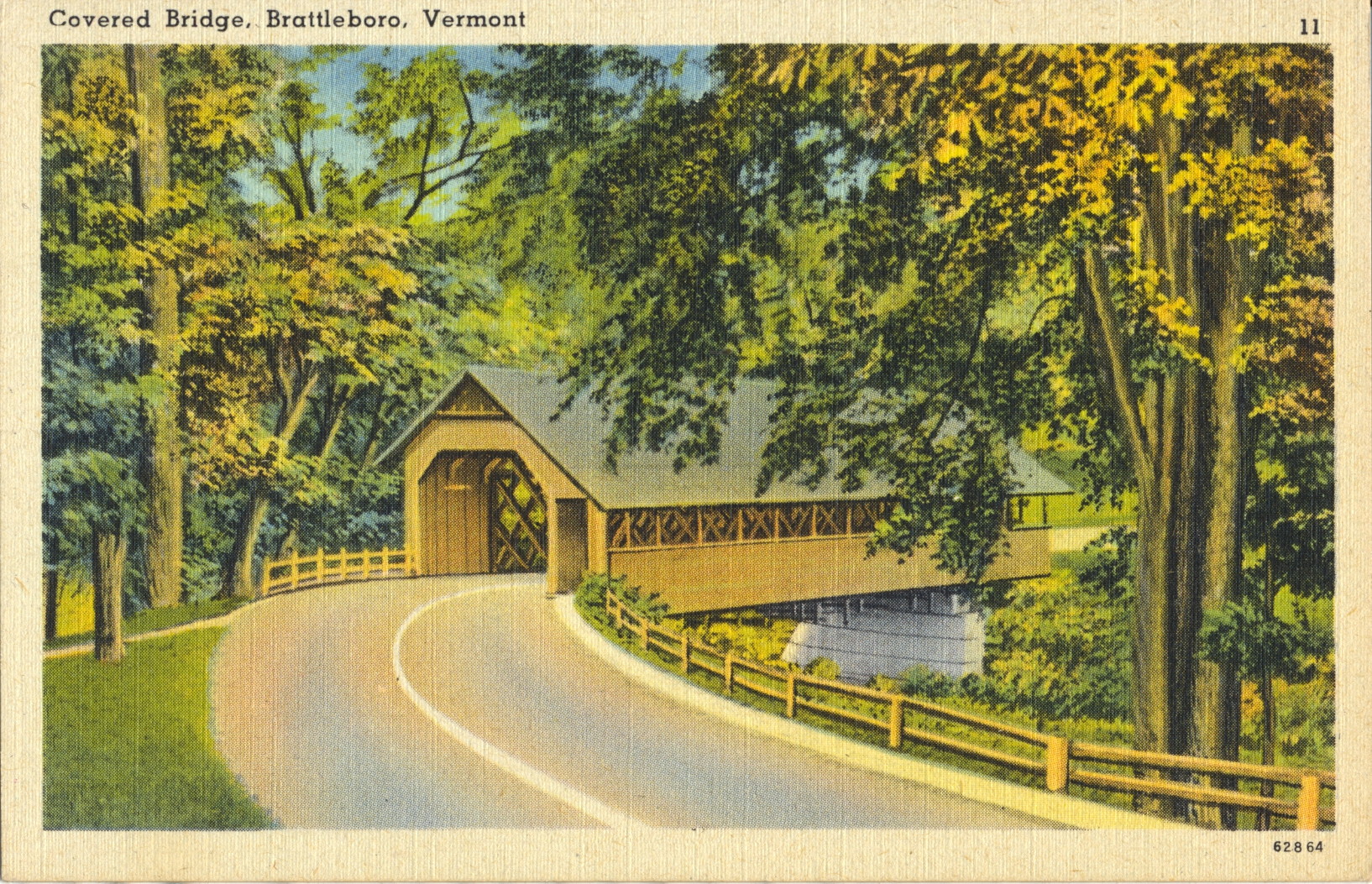 This is likely the bridge known as the Creamery Bridge. It spans Whetstone Brook.

This image shows the winding road leading south into the town of Brattleboro. Once known as Wyndham Road, it was subsumed into U.S. Highway 5. 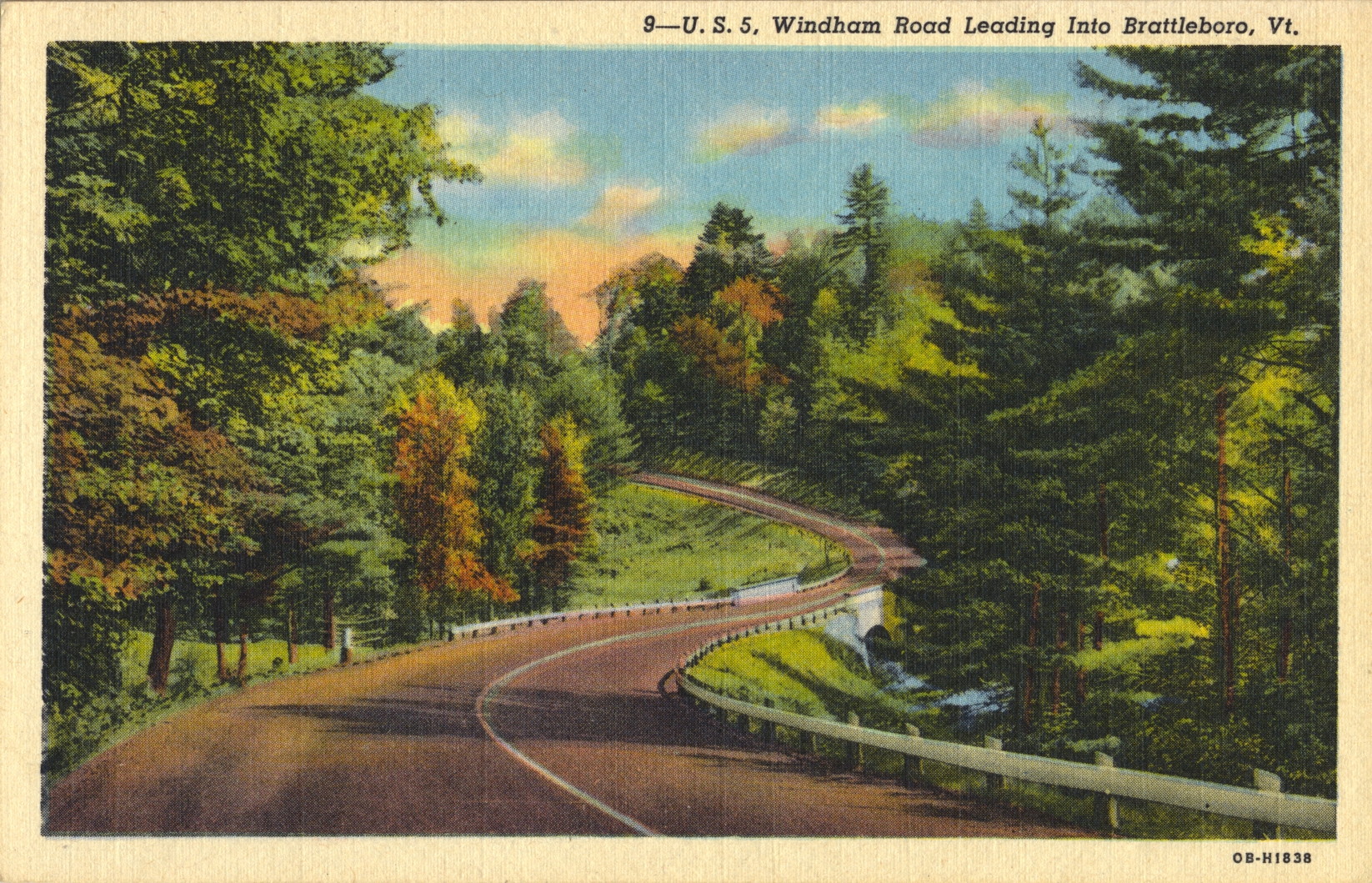 As is typical of these images, the colors border on the fanciful, as they are artworks based on black and white photos of the era. Color photography and reproduction was still fairly expensive so companies hired illustrators to create colored versions of otherwise drab photos

The card likely dates from the 1940s.