This folio features colorized photos and illustrations of several scenic views and notable landmarks in and around San Francisco, California.

The image on the back cover of the folio is seen twice in this listing as it is an exact copy of an image included in the folio.

This illustration shows an idealized view of the motel known as the Sundown Motor Court in Spearfish, South Dakota. 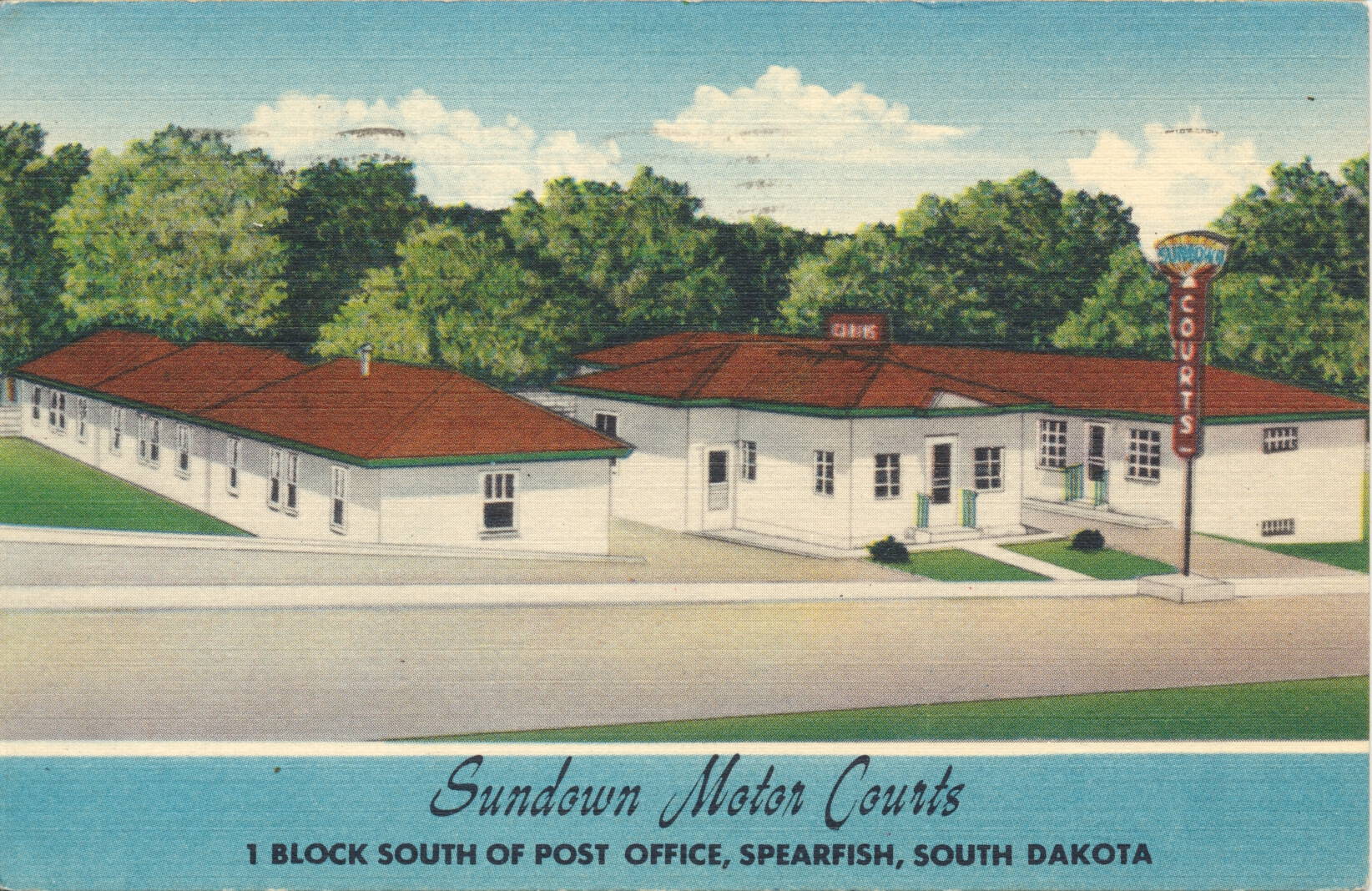 All new modern cabins – Some with cooking facilities – 26 units in all. Open year round. On highway 14 & 85 in Spearfish, South Dakota. Phone 28

–As one might imagine, a two digit phone number is indicative of a very small town with limited phone service at the time of this postcard. The city of Spearfish is located near the head of Spearfish Canyon, at the northern edge of the Black Hills National Forest.

This image shows the treeless and often barren ground as well as the naked rock formations of hills and mountains that make up large portions of Badlands National Monument in South Dakota. 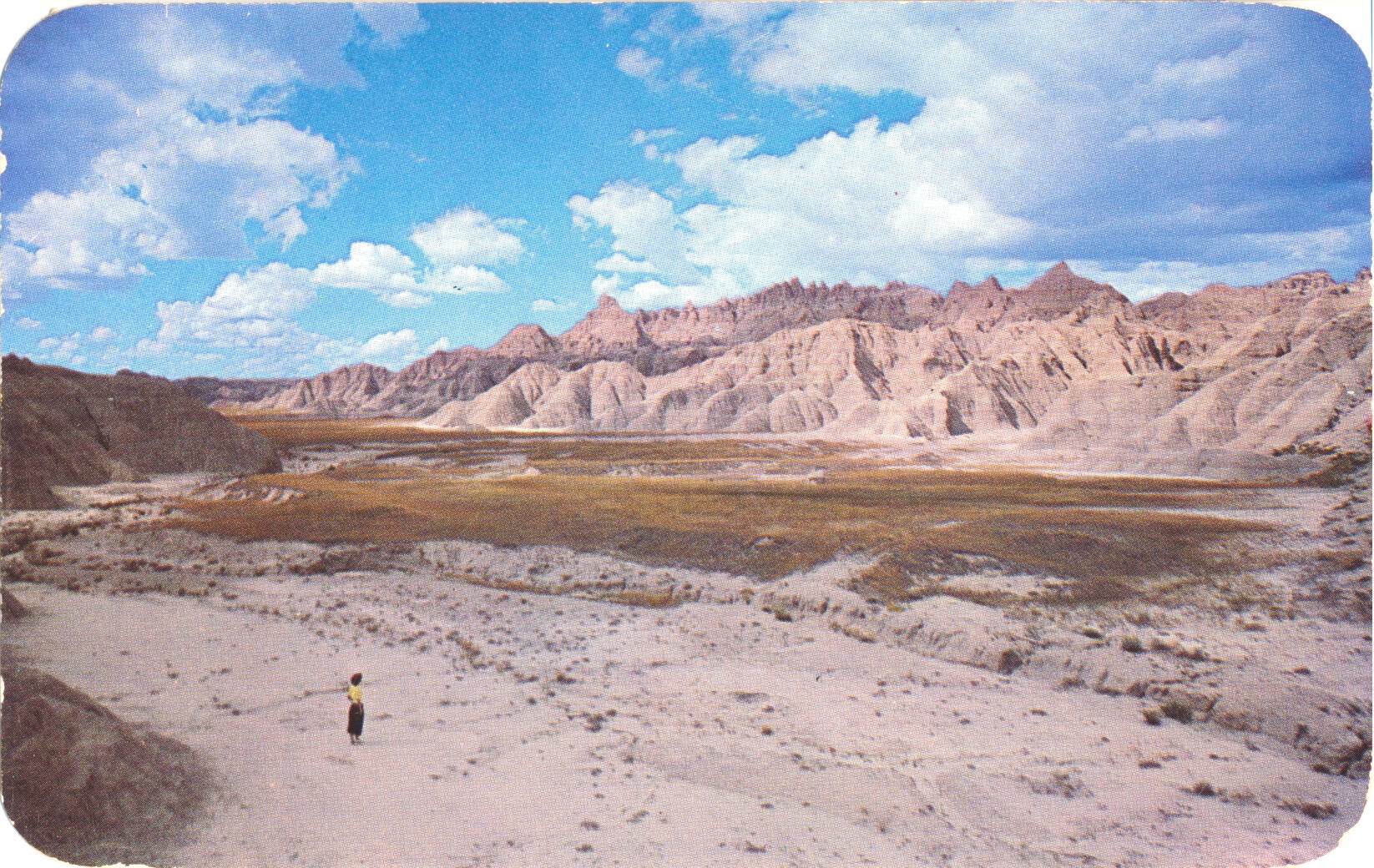 –The monument was upgraded to National Park status in 1978. These stark locations have been the site of not only the more predictable Western films, but also of science fiction films seeking an alien looking landscape.