This is an early image of the ice cave, or eisgrotte in the Furka Pass of the Swiss Alps. The ice cave is part of the Rhone Glacier which covers the nearby mountains. 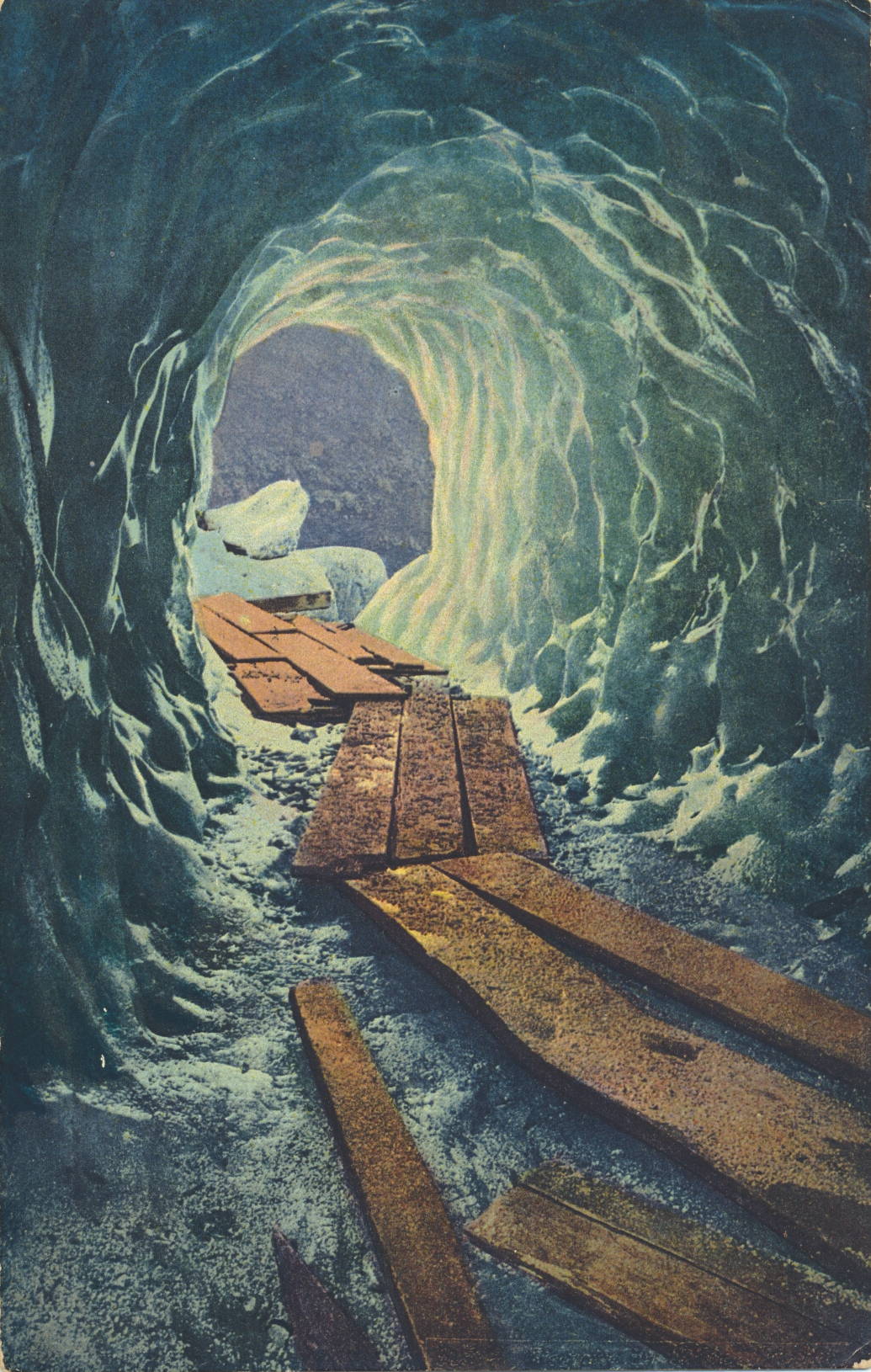 –This cave is much more extensive and well developed than indicated from this image, and is easily visited by tourists. It has also been used in films, notably the James Bond film “Goldfinger”.

This image shows the mountain known as Wetterhorn overlooking a trail through the lowlands below the mountain summit. 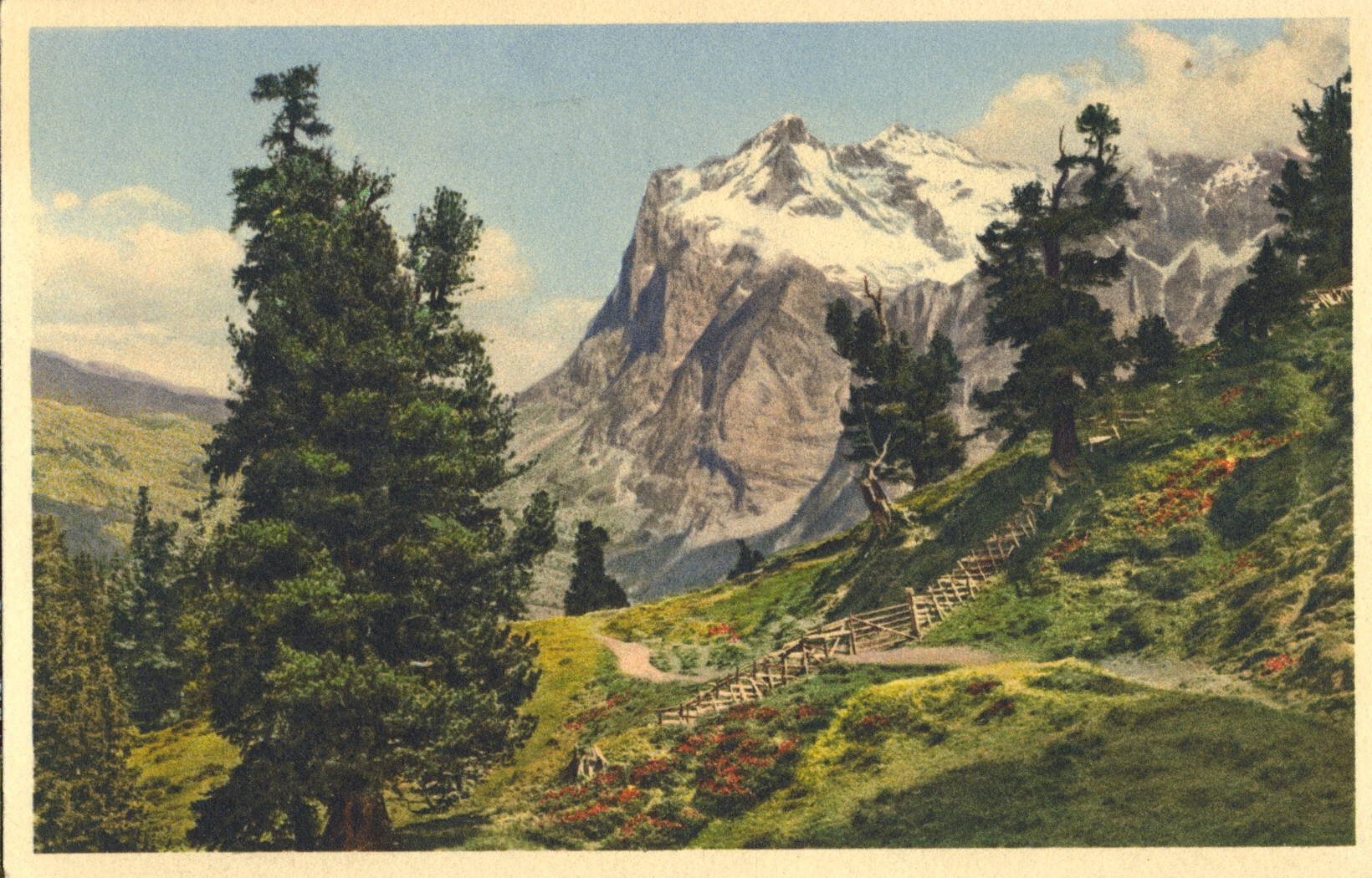 This mountain overlooks the village of Grindewald, and is one of three summits of the same mountain.

This card was used and is dated February 1957.

This image shows the town of Zermatt, Switzerland, and in the background the world-famous and iconic Matterhorn. The mountain straddles the boundary between Switzerland and Italy. 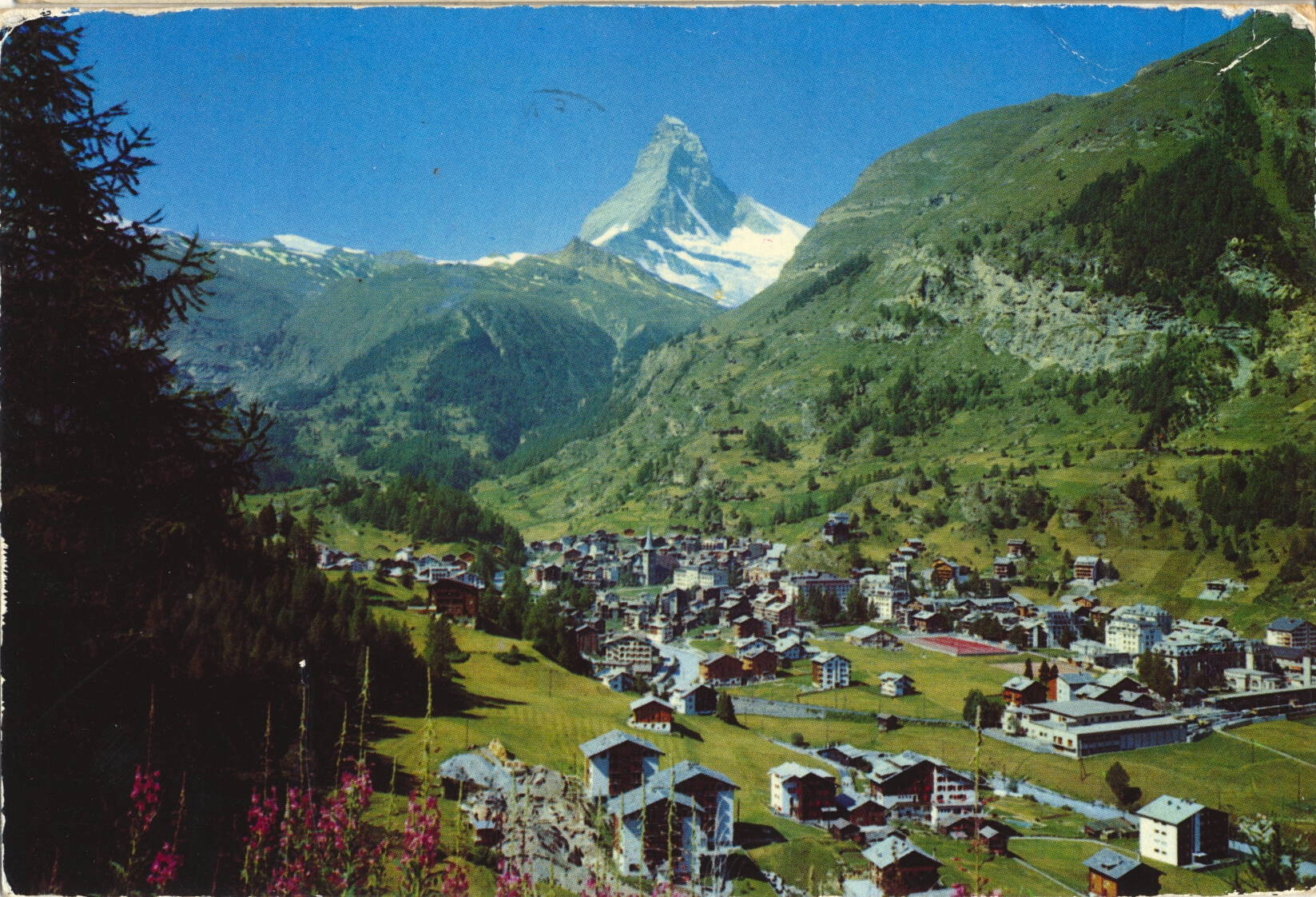 –The mountain has three names, in German and French as shown here, and it is similarly called Monte Cervino in Italian. The first summit of the Matterhorn in 1865 was initially successful, but ended in tragedy.