A fantasy landscape this time, from the original Star Trek series. This image is from the first pilot, which was never shown in its original form, but instead was spliced into a two-part episode mixed with characters and actors from the main series. 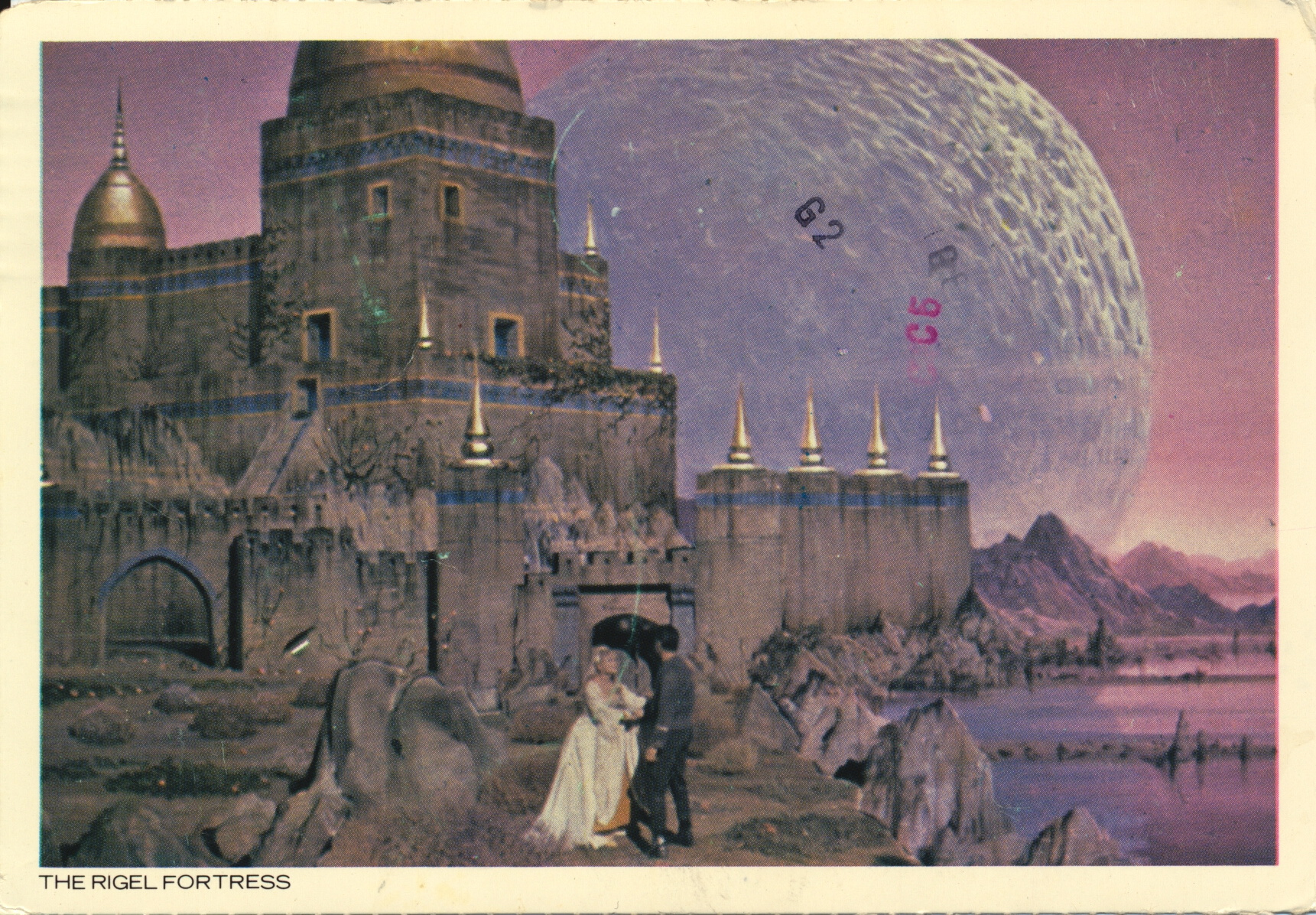 The landscape of planet Rigel 7, a world where Captain Christopher Pike (first captain aboard the Enterprise) experienced an incredible adventure.

(From the episode “The Menagerie”)

–The original pilot was titled “The Cage“. The postcard was produced in the 1970’s, but the artwork was created for the TV show in the mid-1960’s. The numbers on the moon are from Post office processing stamps.