This image shows both warships and transports docked at the Navy Pier in Newport, Rhode Island. This is part of the much larger Naval Station, Newport. 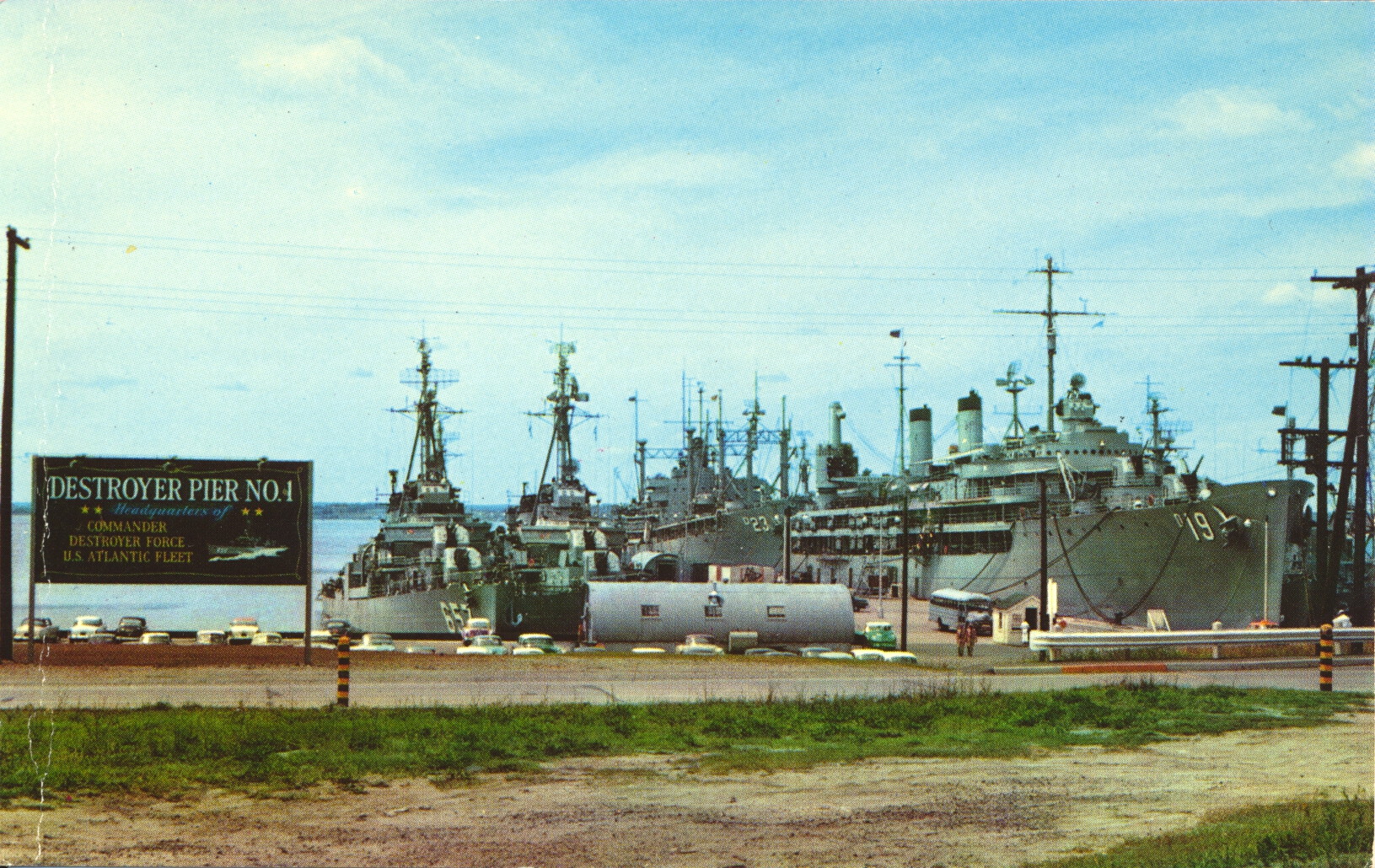 –The markings on the leftmost ship identify it as the destroyer Charles J. Badger, a Fletcher class destroyer built in 1943 and decommissioned in 1957. The larger ship docked to pier 2 is a transport of some kind.

The presence of the Charles J. Badger indicates this image is from the 1950s.

This image shows a main building and actively used artillery of the Naval War College. The large building is the main facility for the College today, though the original building, once an asylum, still exists and is used as a museum. 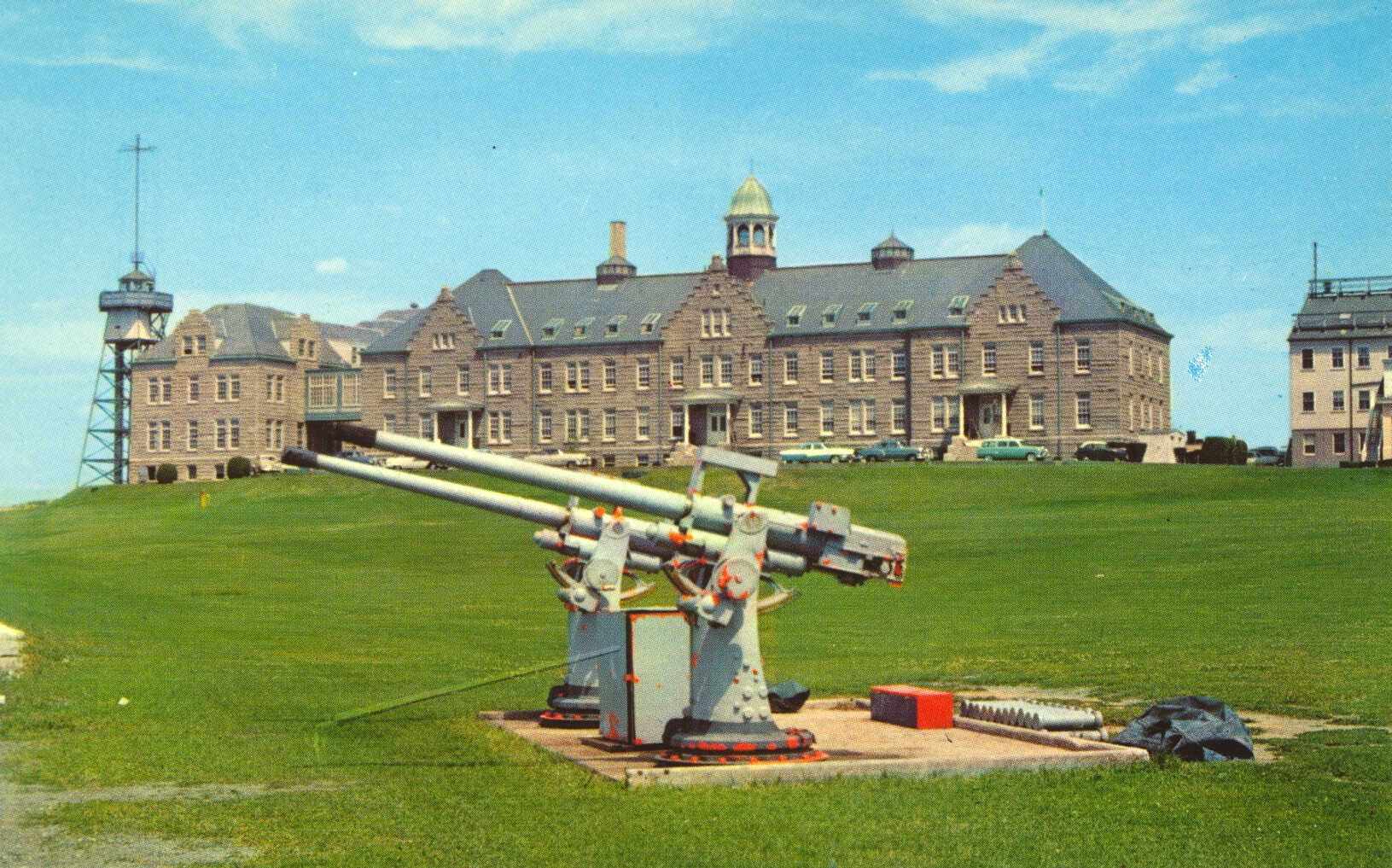 –The artillery is probably used to sound ‘retreat’, which is an end of day procedure announcing the lowering of the base flag. It may also be used for other ceremonial purposes. The blanks used in firing are visible stacked in rows on the ground. Also, the tower to the left has since been demolished.

The diagonal line extending from the case between the guns is an artifact of the picture. This image likely dates from the 1950s.