This image is of the small waterfall known as Fairy Falls, along the Wahkeena Creek, in Oregon near the Columbia River Gorge. 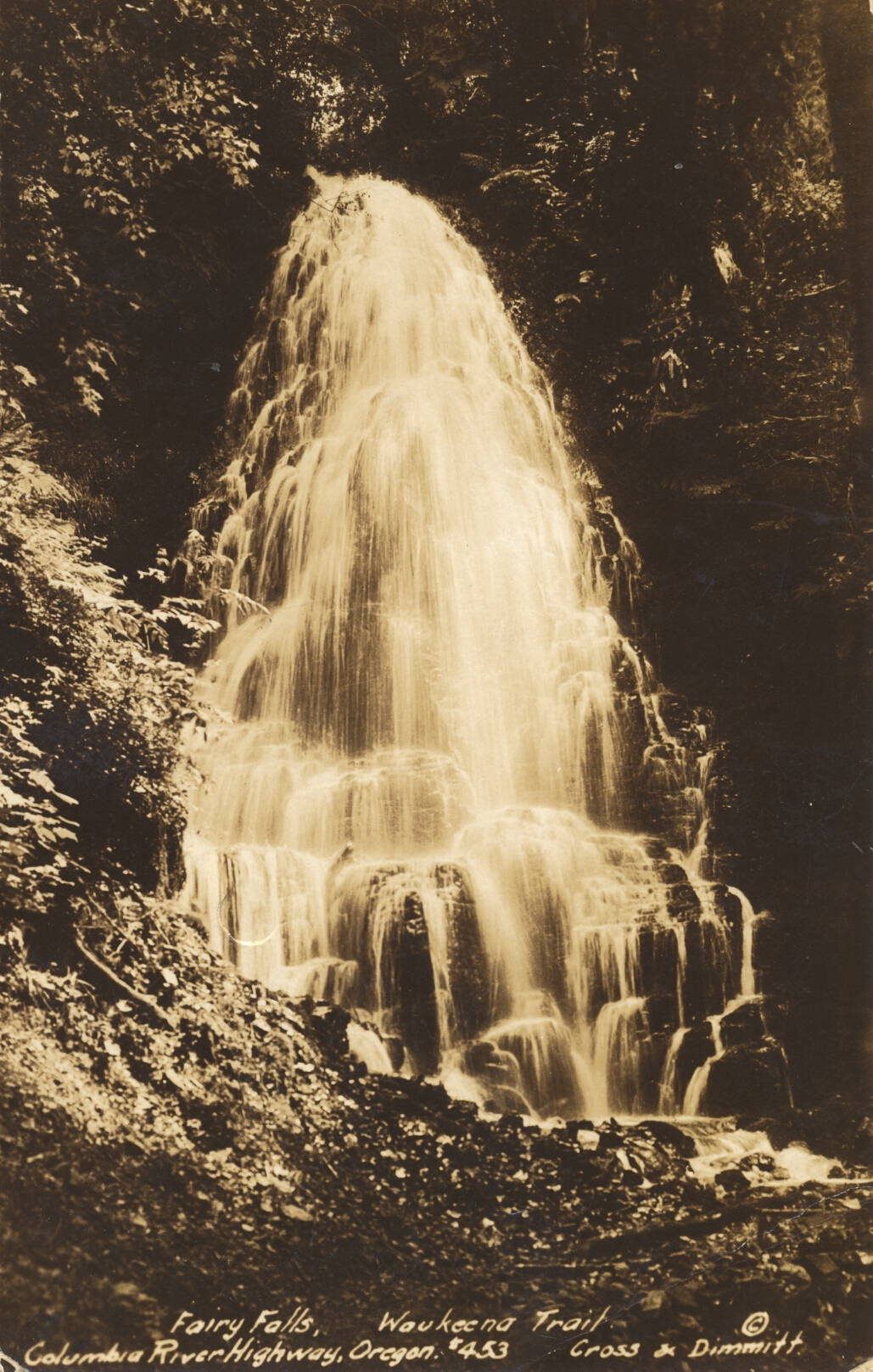 It is 20 feet high and from a single source breaks into numerous fan-like cascades.

This image shows the Hood River Valley and the imposing volcano known as Mount Hood which dominates the landscape as seen from the north. 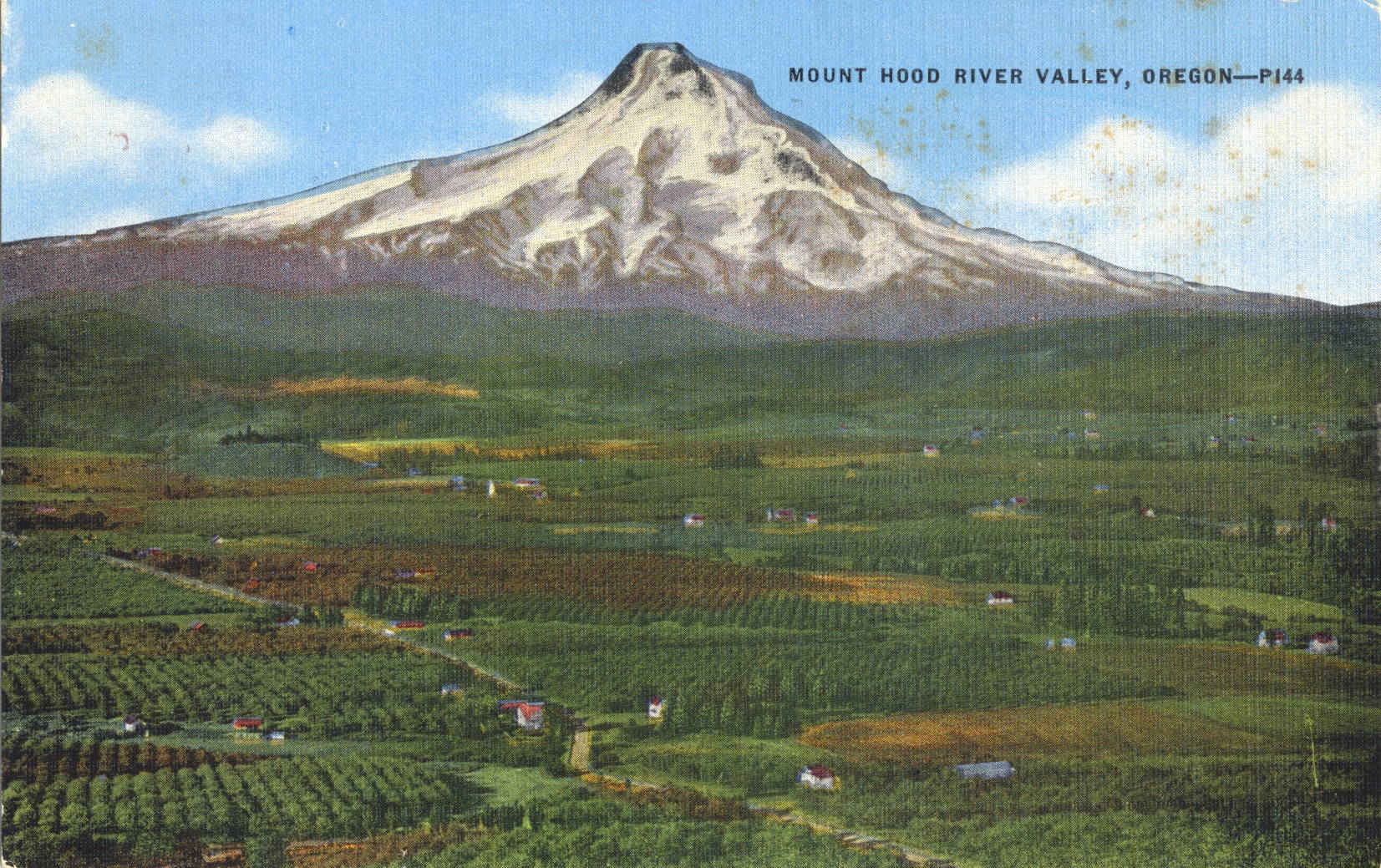 Hood River Valley is known the world over for its apples. Excellent crops of pears and strawberries are adding to the valley’s fame as a fruit growing center.

— The volcano is considered to have a very low risk of eruption, and is generally described as dormant. The Hood River is comprised of 3 forks which merge before joining the Columbia River.