This image shows a notable Native American of the 1930s eastern Cherokee Nation, by the name of Chief Standing Deer. His clothing is a mix of Cherokee design and manufacture, specifically the headdress, vest and pants, while the shirt and shoes appear to be more typical of American manufacture. 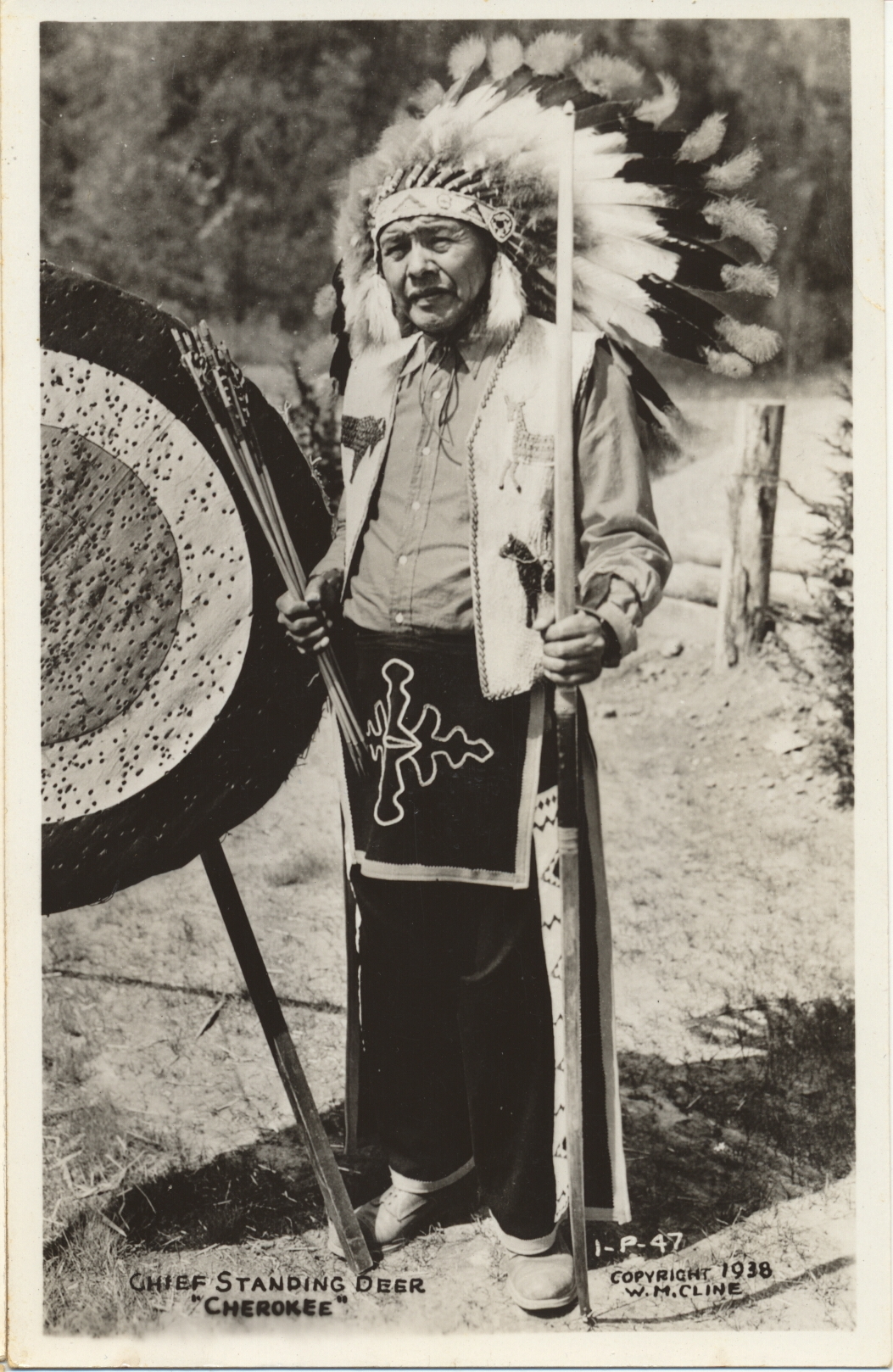 Since the man shown is a champion archer, it is likely the bow and arrows were constructed by him, using target points instead of the more well known arrow heads. Where he stands is a place where archery demonstrations and training took place for visitors to the reservation.

There is no description on the back, but the card is dated in the lower right corner to 1938.

This is another photo of the woman shown in the lower left of the previous image. She still holds the bead making device she had in the previous picture, and sits on the same steps with much of the same pottery as shown before. It is easier to see the beaded headband she wears, presumably an example of her own work. 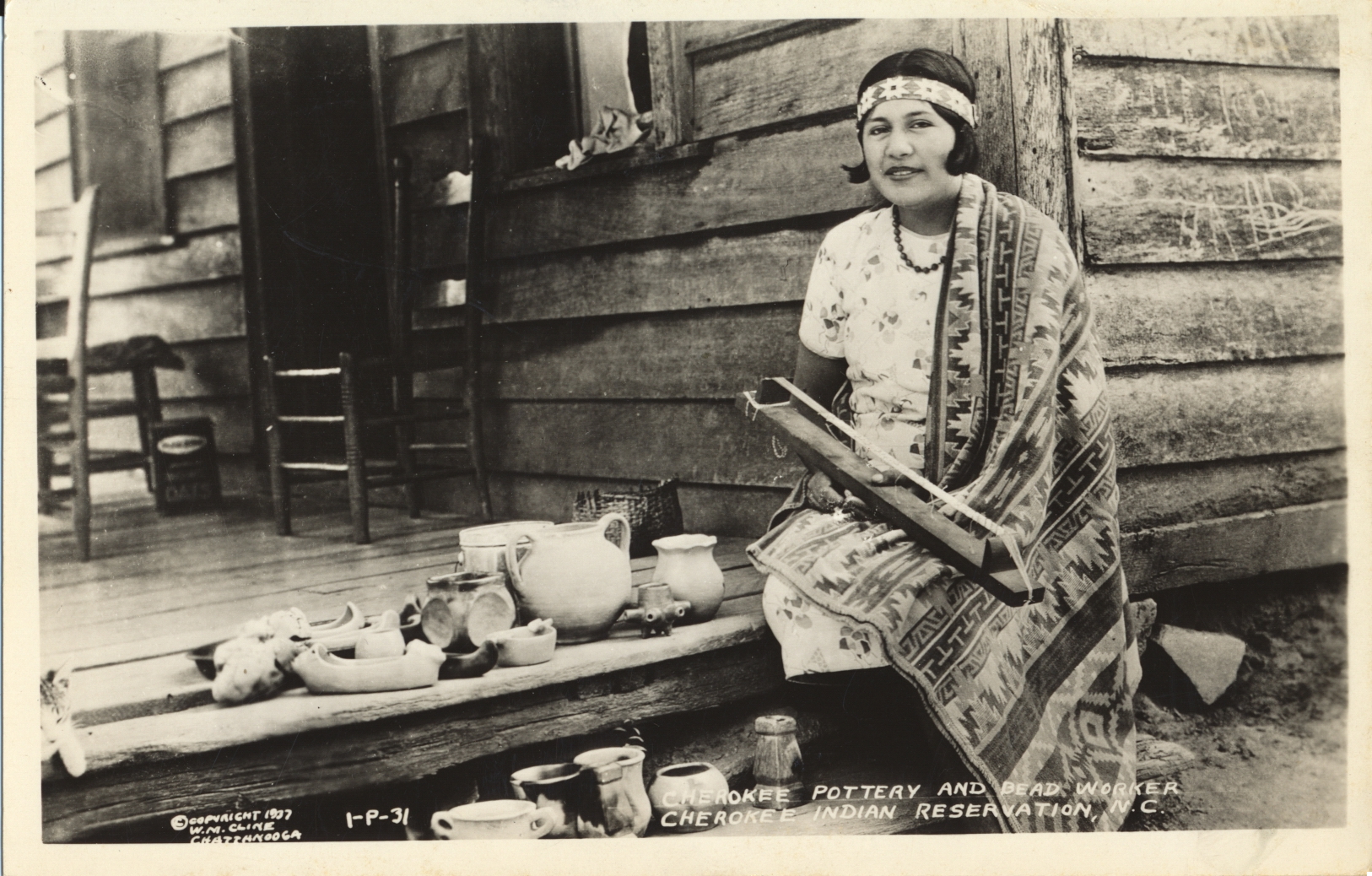 While the head band and shawl drape she wears appear to be of Native design and production, the dress and necklace is more typical of clothing worn widely throughout the United States during this time.

This card also has no description on the back. Unlike the others in this series, this one has a date printed on the front, so it can be definitely dated to 1937.

This image is ostensibly of three Cherokee women potters, although the woman in the lower left is working on a bead board, making a beaded band while the others hold completed pots. Such bands would be applied to other objects or clothing. 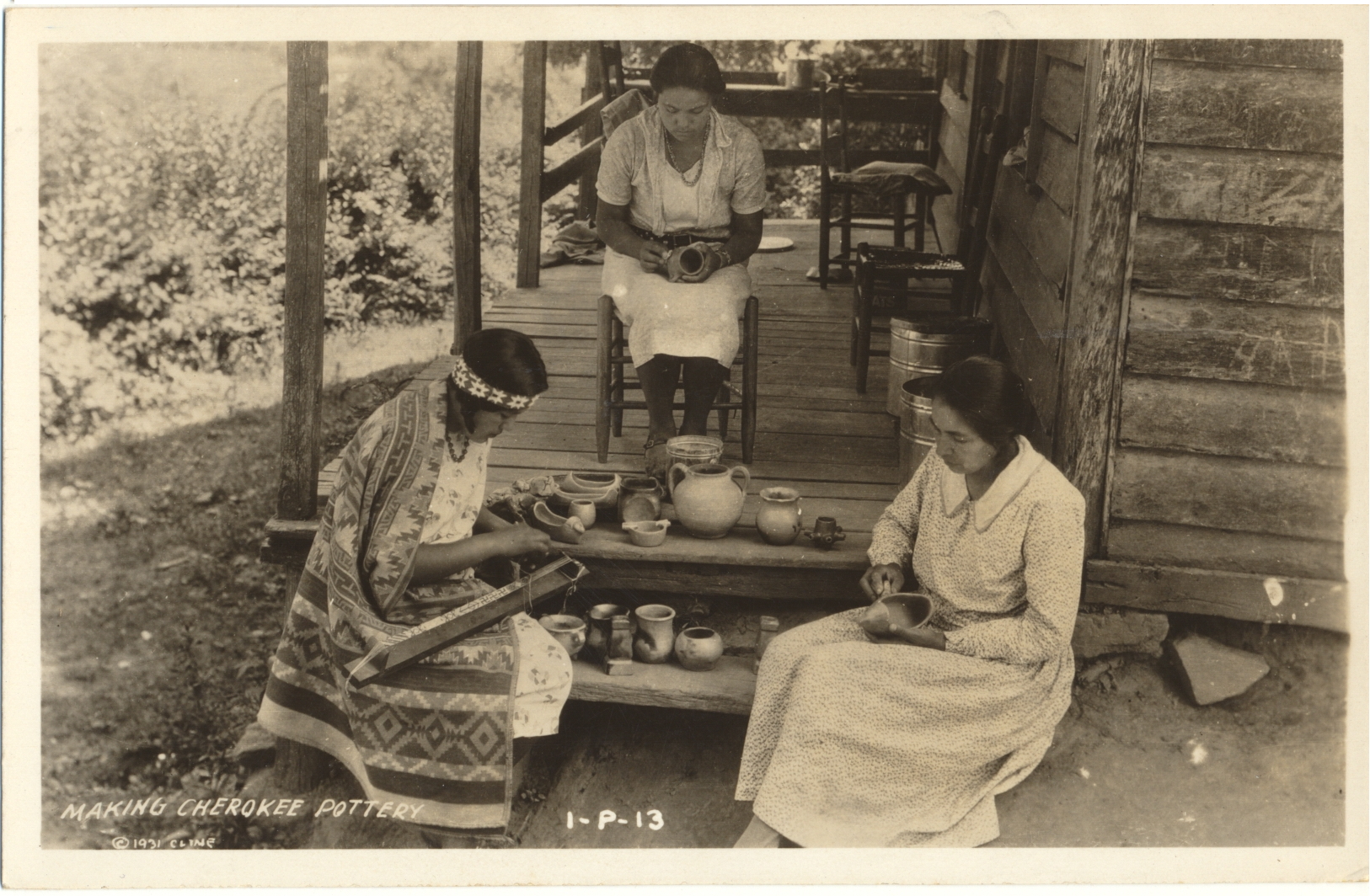 This is one of the converted photos that have no description on the back, but it is consistent with other cards indicating that it dates from the 1930s.