This is an artist’s rendition of the Omaha, Nebraska Veterans Hospital as it looked shortly after construction. 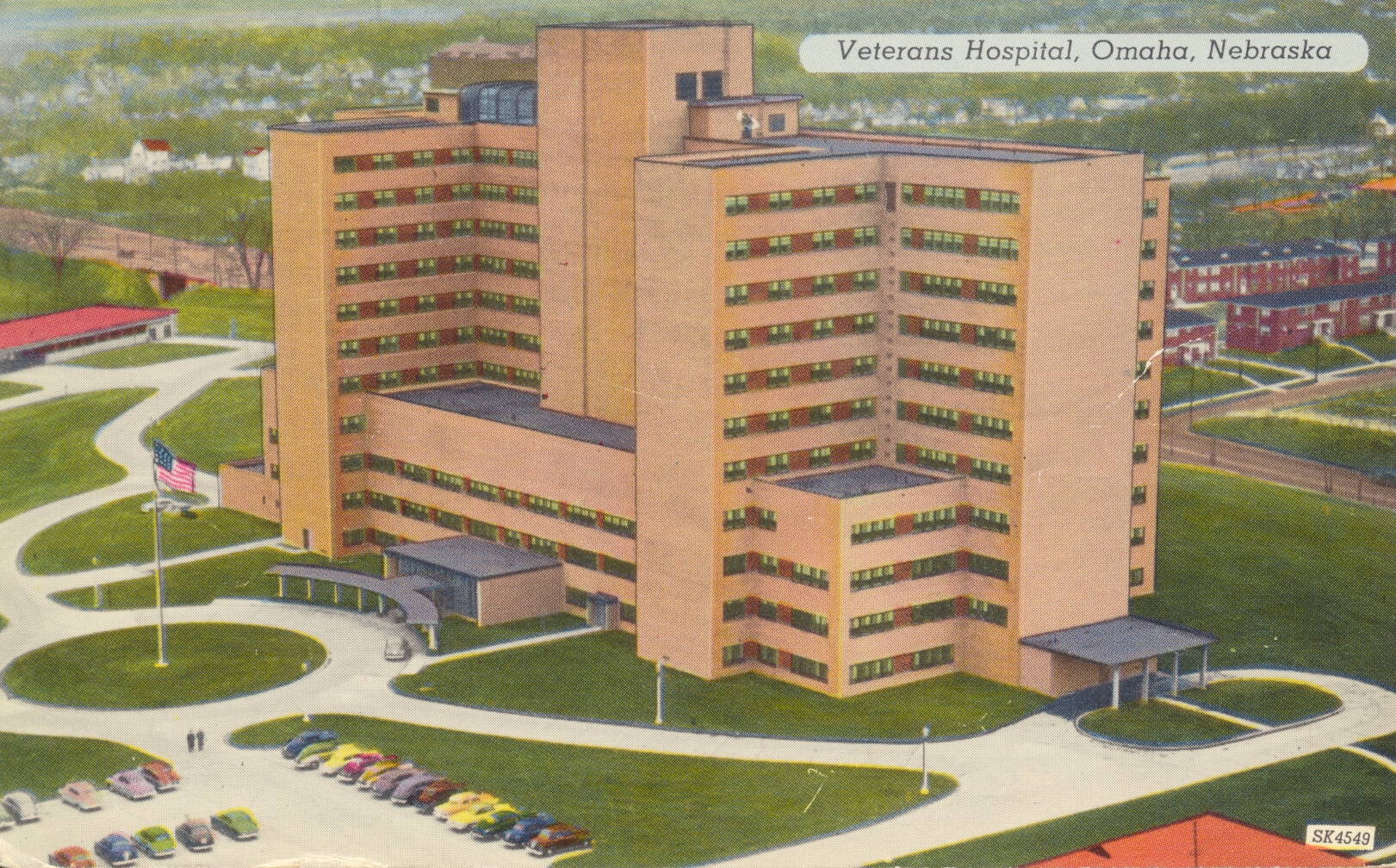 There is no description on the back of this card. The legend states simply:

This image shows the Tower Lodge Motel, which had a rare combination motel design, with the older cabin style in the center and long single building rooms on either side. It was located in Holdrege, Nebraska. 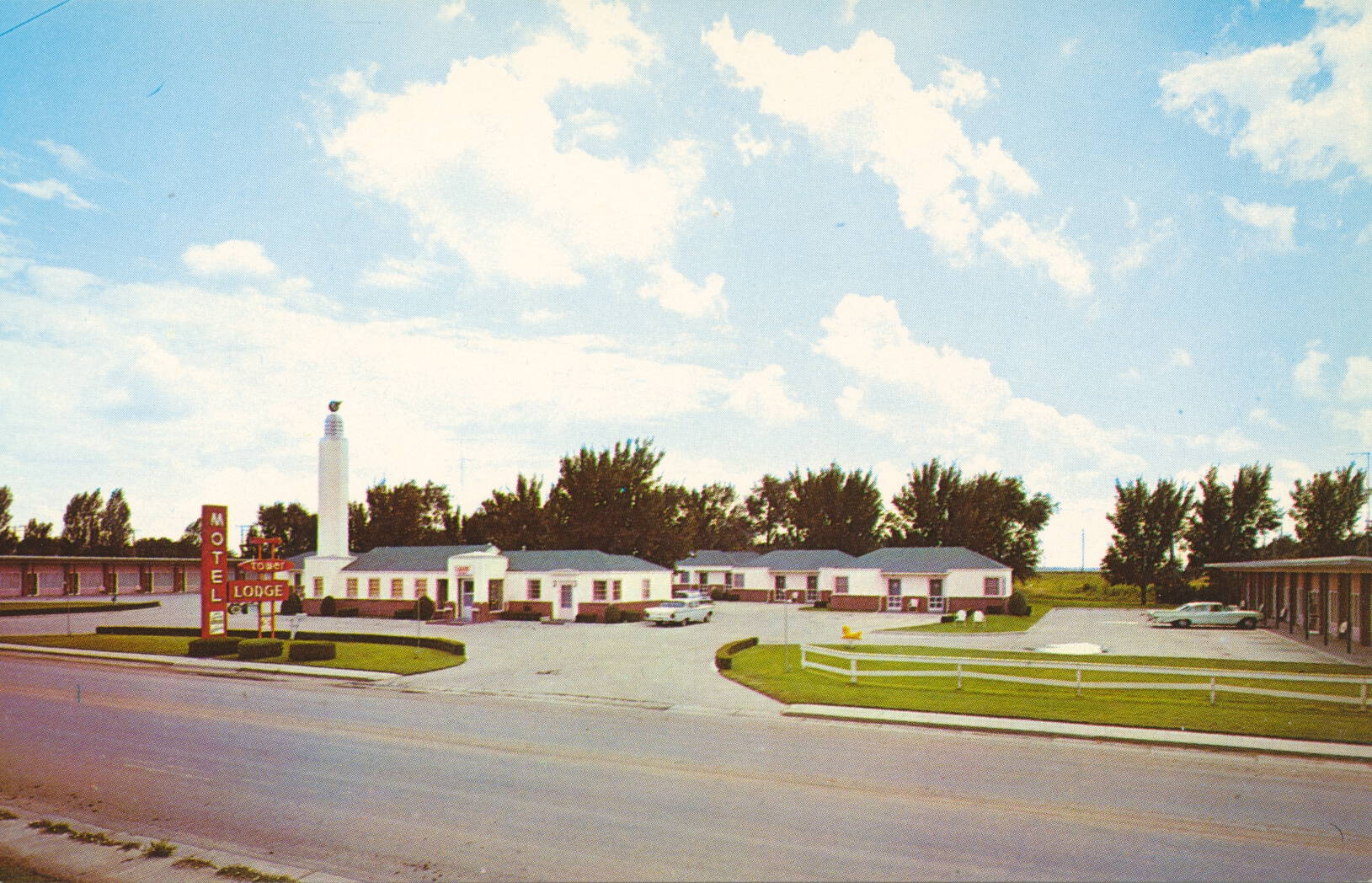 –This establishment appears to have been recently demolished, as there are a few listings for it but the site is an empty lot.

This image shows an original cabin of the Pony Express system, which was initiated in 1860 and operated for only 19 months before being discontinued when the transcontinental telegraph was completed. 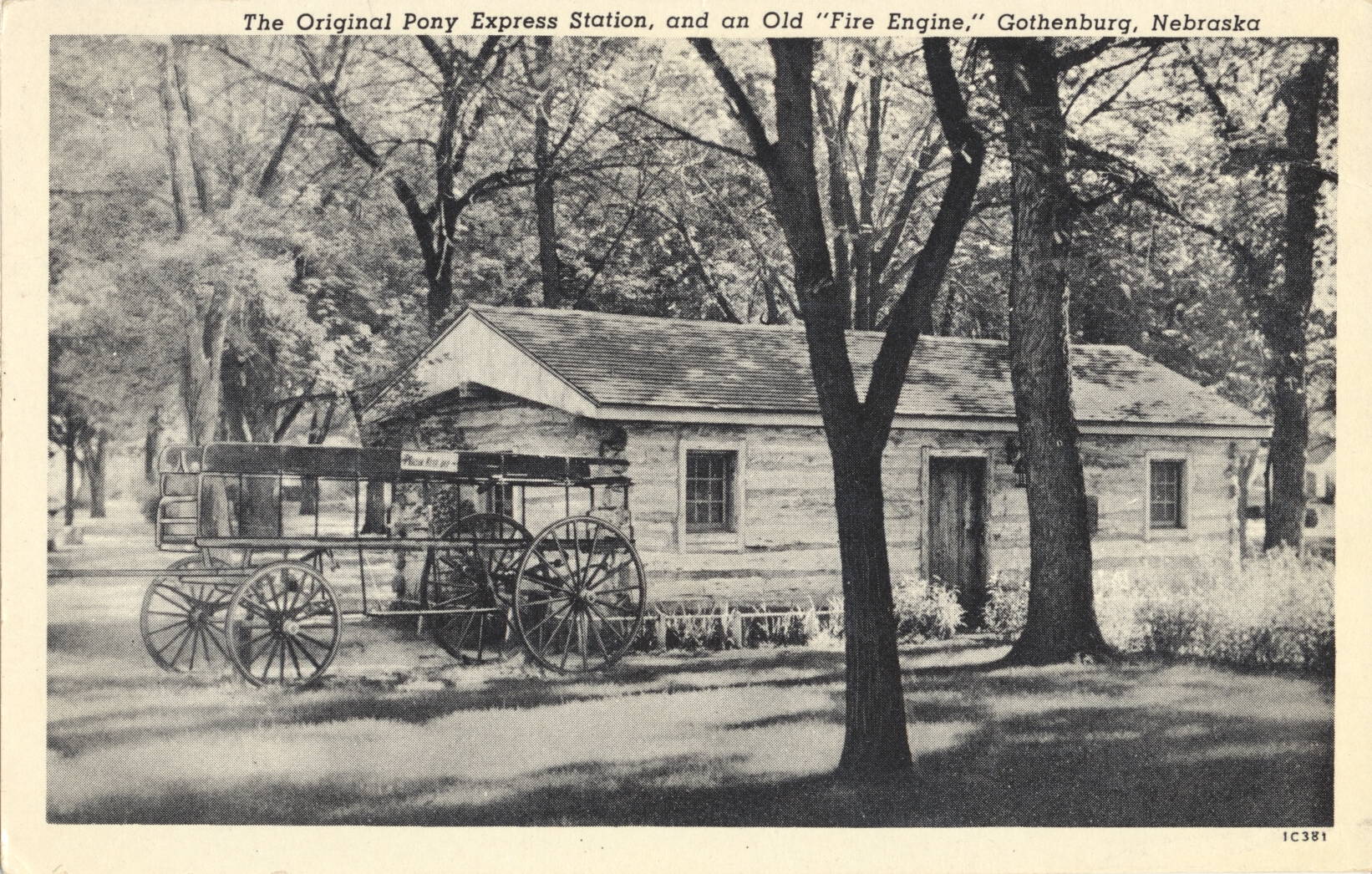 There is no description on the back of the card. The legend on the front states:

–The Pony Express became legendary, but was never a financial success, losing $200,000 during its time of operation.