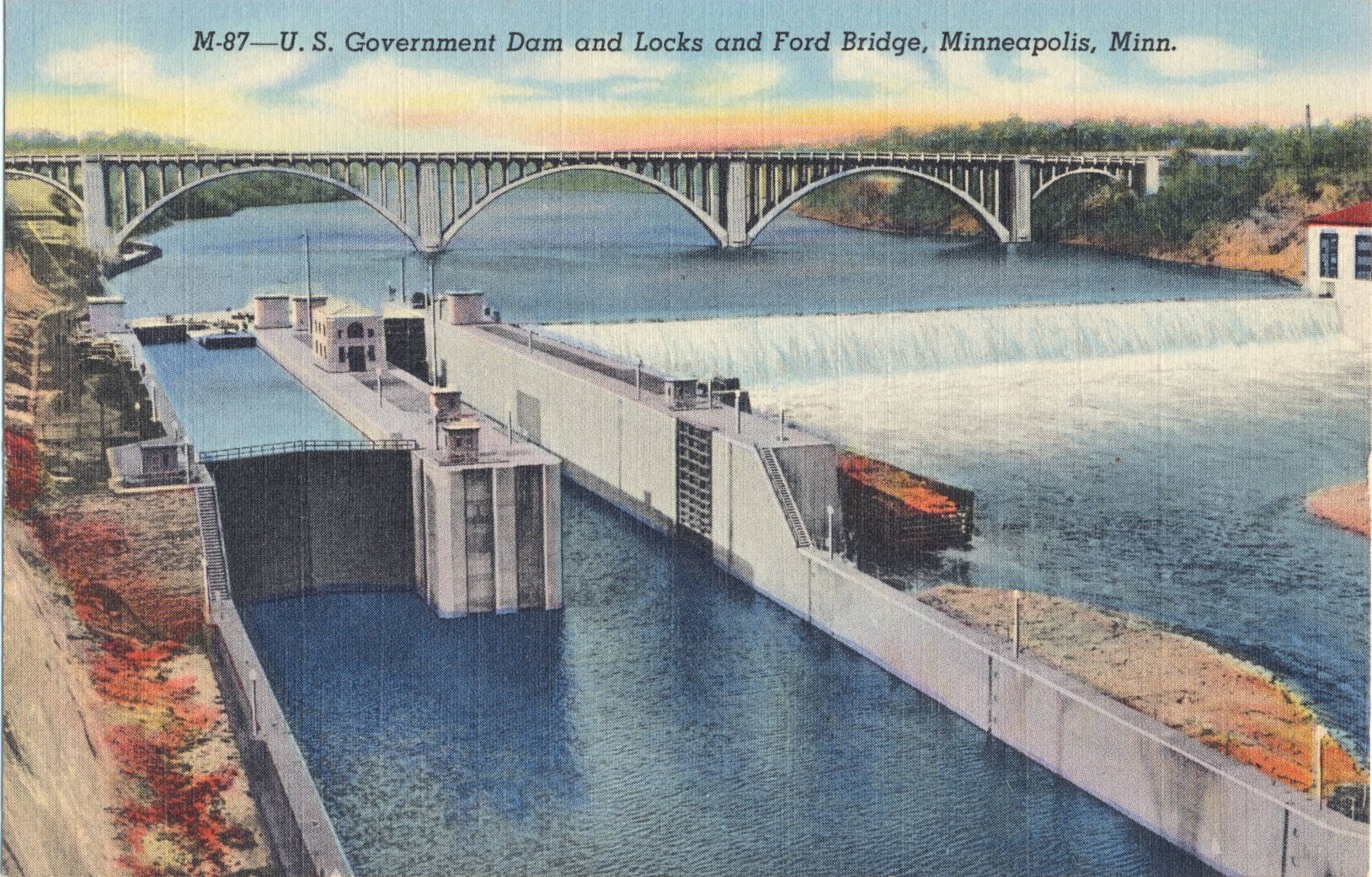 This is an artists rendition showing a section of the Mississippi River in Minneapolis, Minnesota. 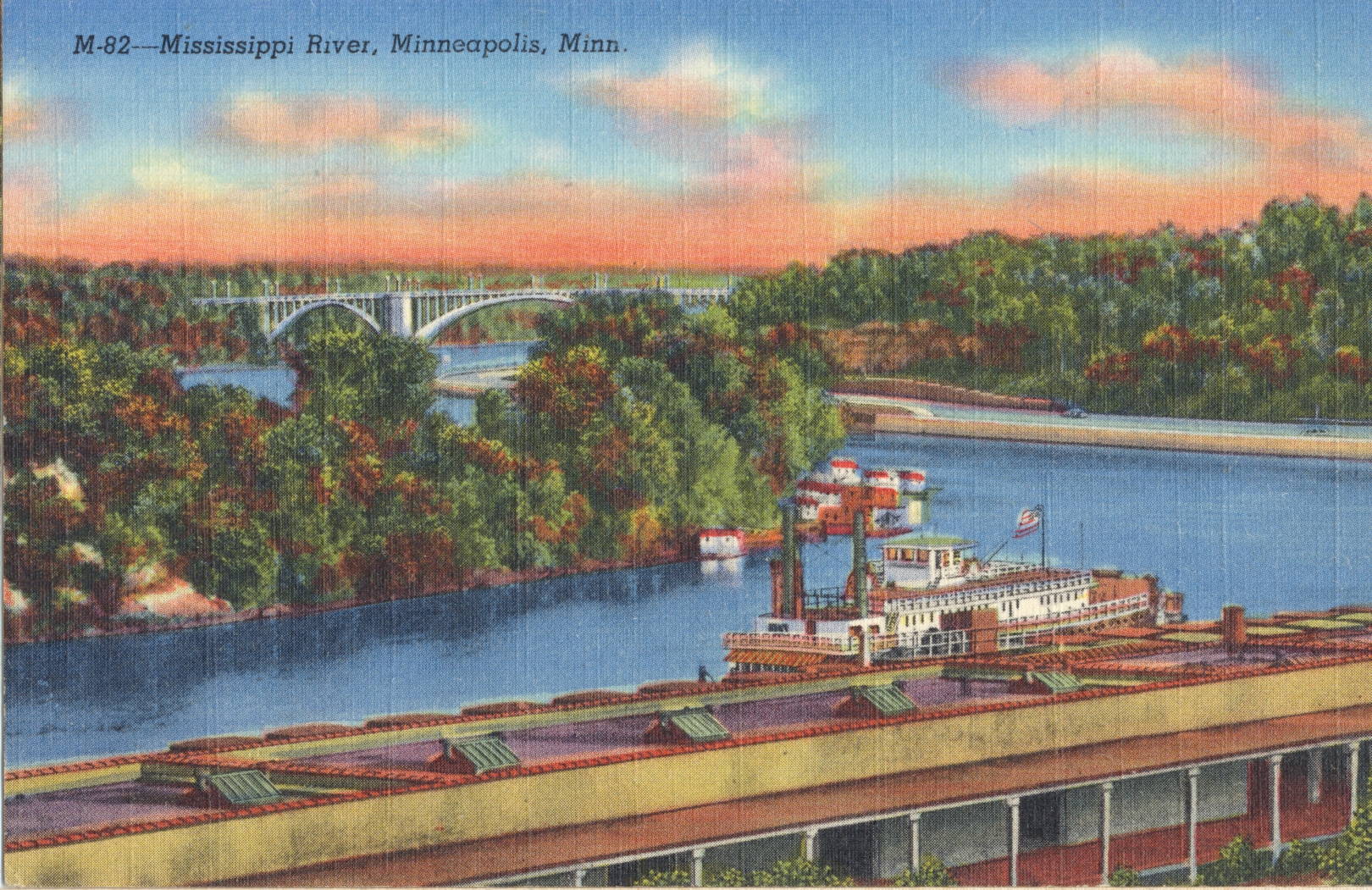 This view of the mighty Mississippi River, near the campus of the University of Minnesota, shows the northern terminal of the Federal Barge Lines. In the background is the Cappelen Memorial Bridge.

–The Cappelen Memorial Bridge was constructed in 1923. At the time of its completion, the bridge’s central span was the longest concrete arch in the world.

This is another view of Minnehaha Falls, located in a park in Minneapolis, Minnesota. 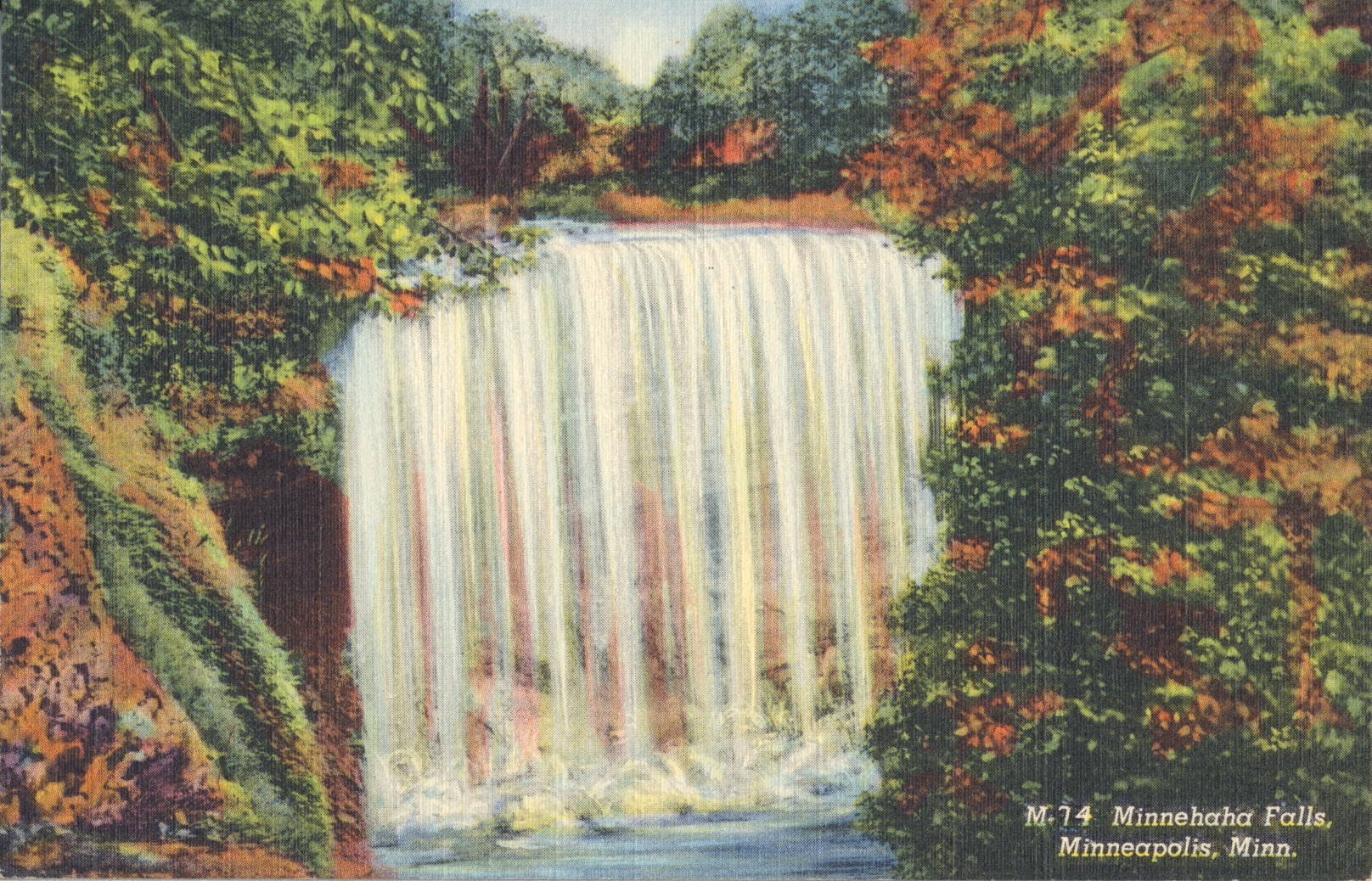 This famous falls, immortalized in Longfellow’s “Hiawatha”, is one of the many beauty spots of Minneapolis, city of lakes and parks.

—Minneapolis is separated from the city of Saint Paul by the Mississippi River, similar to the way the Danube separates the cities of Buda and Pest in Hungary.