This image shows the interior of the sanctuary for the Chapel-in-the-woods, located at the Starr Commonwealth for Boys in Albion, Michigan. 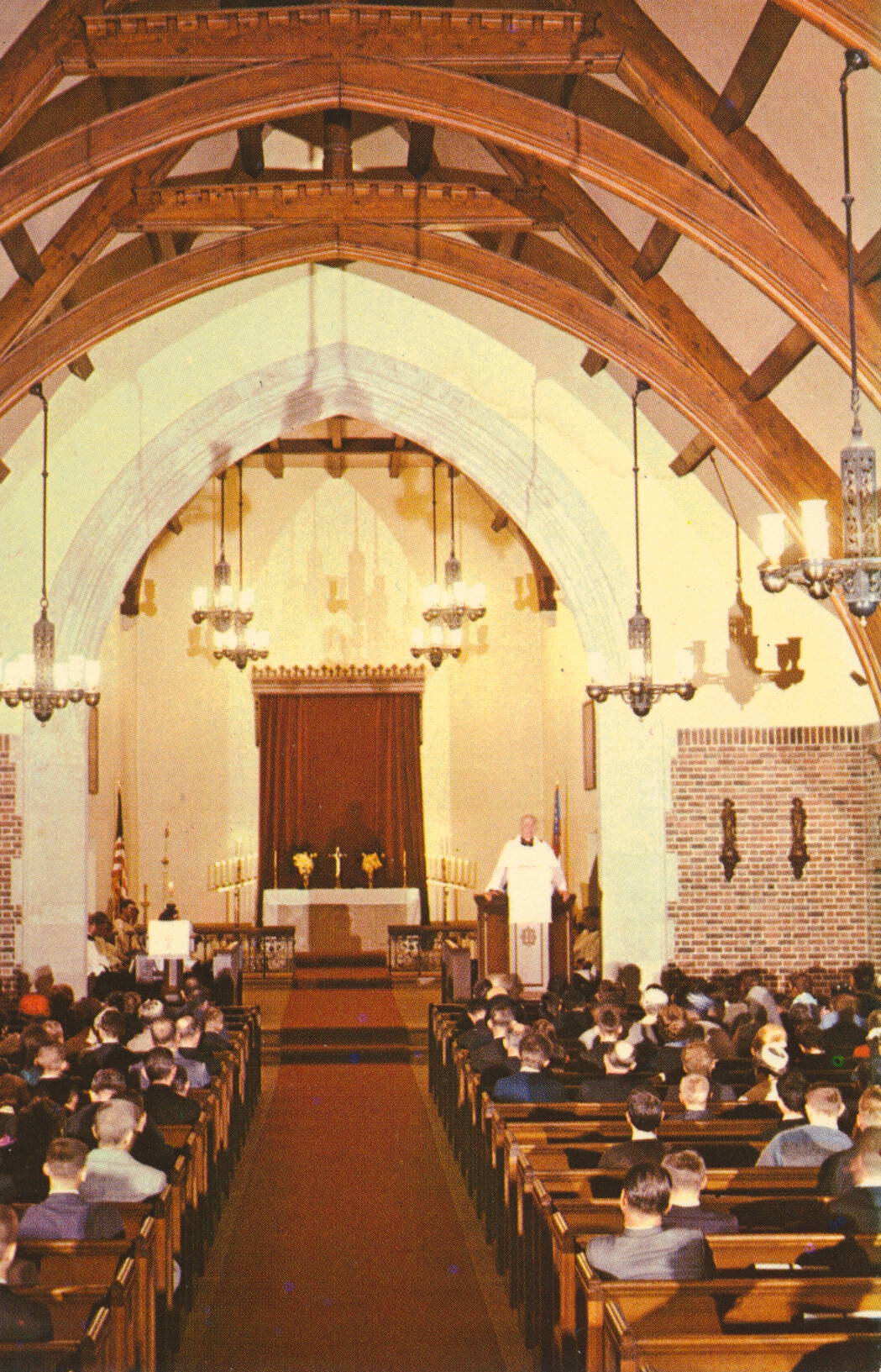 The Chapel-in-the-woods of Starr Commonwealth for Boys is a Sanctuary where the boys may find divine guidance for the many problems which confront them. Come worship with us Sundays 11 AM: Non-denominational service.

—Starr Commonwealth was founded in 1913 and has expanded to at least two additional locations in Michigan.

This image shows the life-sized statue of John Ball, located at the entrance to John Ball Park in Grand Rapids, Michigan. John Ball was an early pioneer in Grand Rapids and donated the first 40 acres for the park to be established. 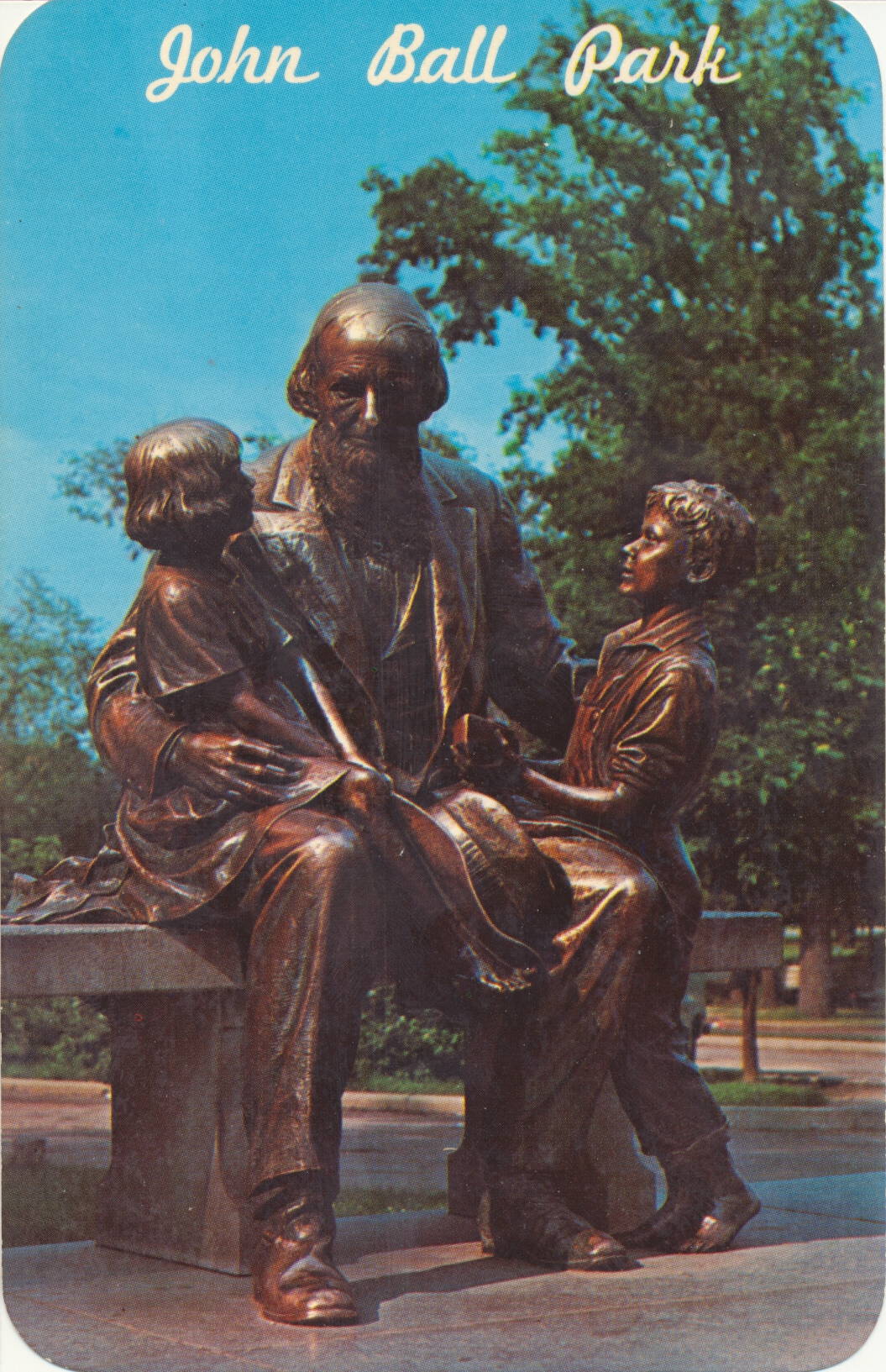 The John Ball Park is one of the favorite recreational areas within the city. A fine zoo, gardens and theater are some of the may interesting features that attract visitors of all ages. The bronze statue generates a special magnetism for all of the children, who cannot pass by without climbing up on the broad shoulders and pondering the lined face of the kindly figure of John Ball.

–The park was established in 1884 and acquired animals for exhibit shortly thereafter. Now known as John Ball Zoological Garden, it has been expanded and modernized extensively in the intervening century plus, and is now operated as a regional asset by Kent County.

This image shows a small portion of the gardens connected to the M. J. Clark Memorial Home, which is a retirement/assisted living community for the elderly in Grand Rapids, Michigan. 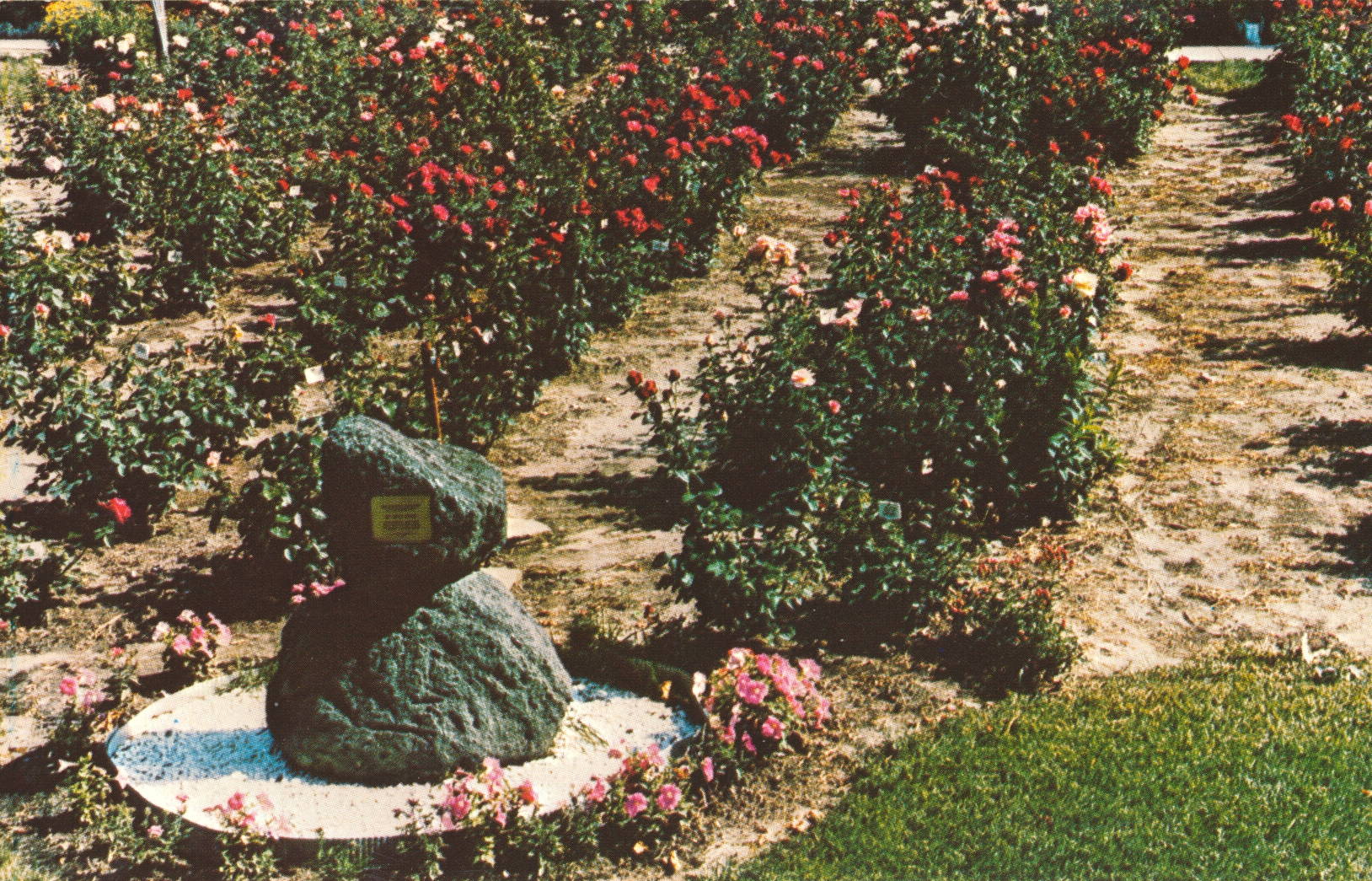 “Security with dignity for the retired.”

–The establishment has expanded to a second campus and is called Clark Retirement Community.

This image likely dates from the 1970s.