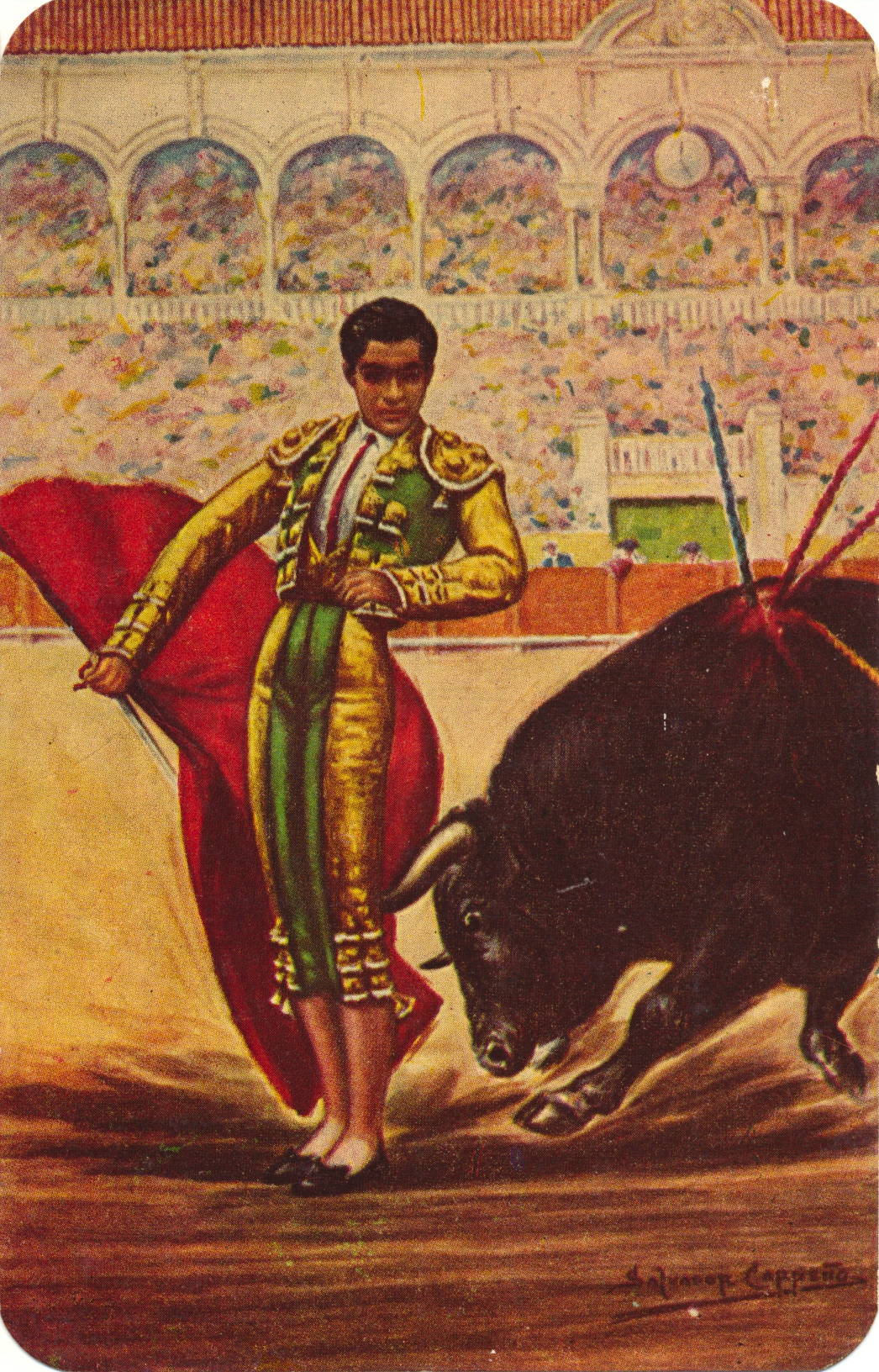 This image shows a very typical souvenir stall that might be found in any of the several border towns that line the Rio Grande opposite river towns such as Eagle Pass, Del Rio and El Paso. 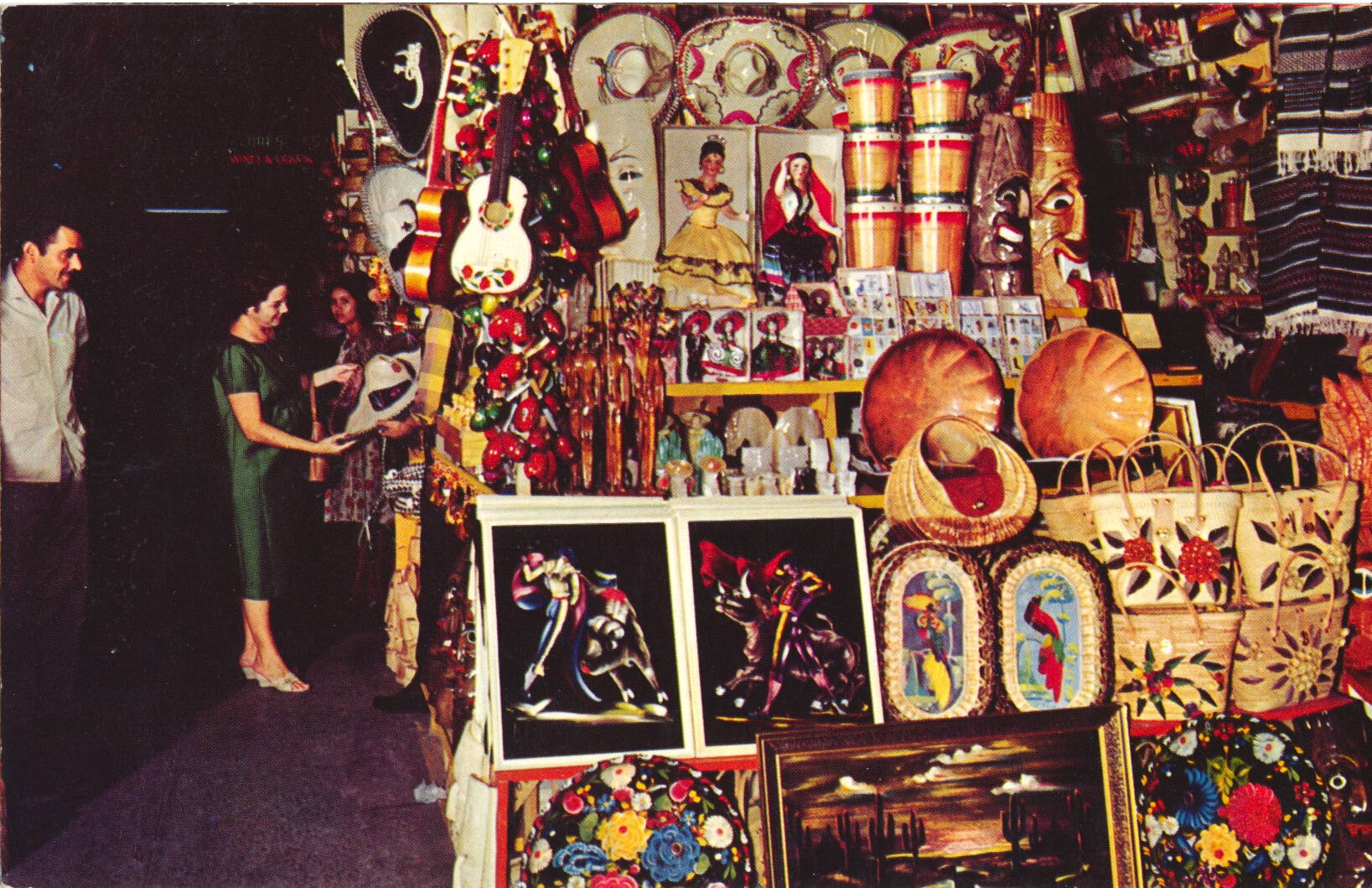 MB-122. It is fun to shop in the Mexican border towns, such as Nuevo Laredo and Piedras Negras. Visitors are greatly fascinated by the beautiful, quaint shops and market places displaying colorful and inexpensive Mexican made products.

–Among the items sold are visible toys and dolls, paintings and baskets, hats and guitars, hand woven serapes and carved wooden statuettes.

This image shows the typical opening ceremony of the traditional bullfight, in this instance a parade of the various performers, including picadors, toreadors, and a matador. 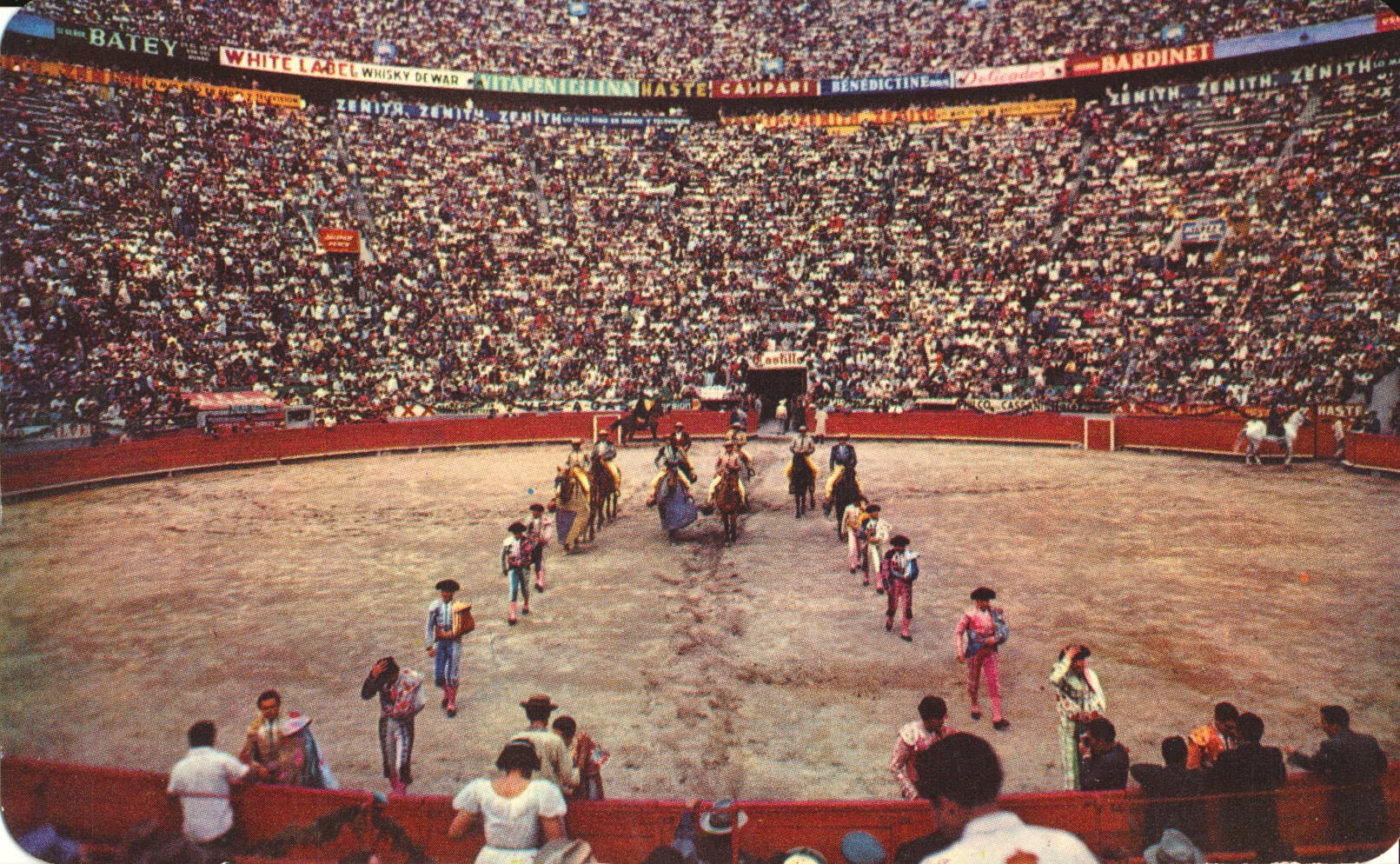 The opening parade at the bullfight.

— The bullfight is often referred to as a sport, but it is more a ritual custom of Hispanic nations and cities, as there is no competition involved. While it is still practiced today, it has come under criticism for its harm to the bulls.