This is an image of an ancient olive tree in the famous pilgrimage site the Garden of Gethsemane. 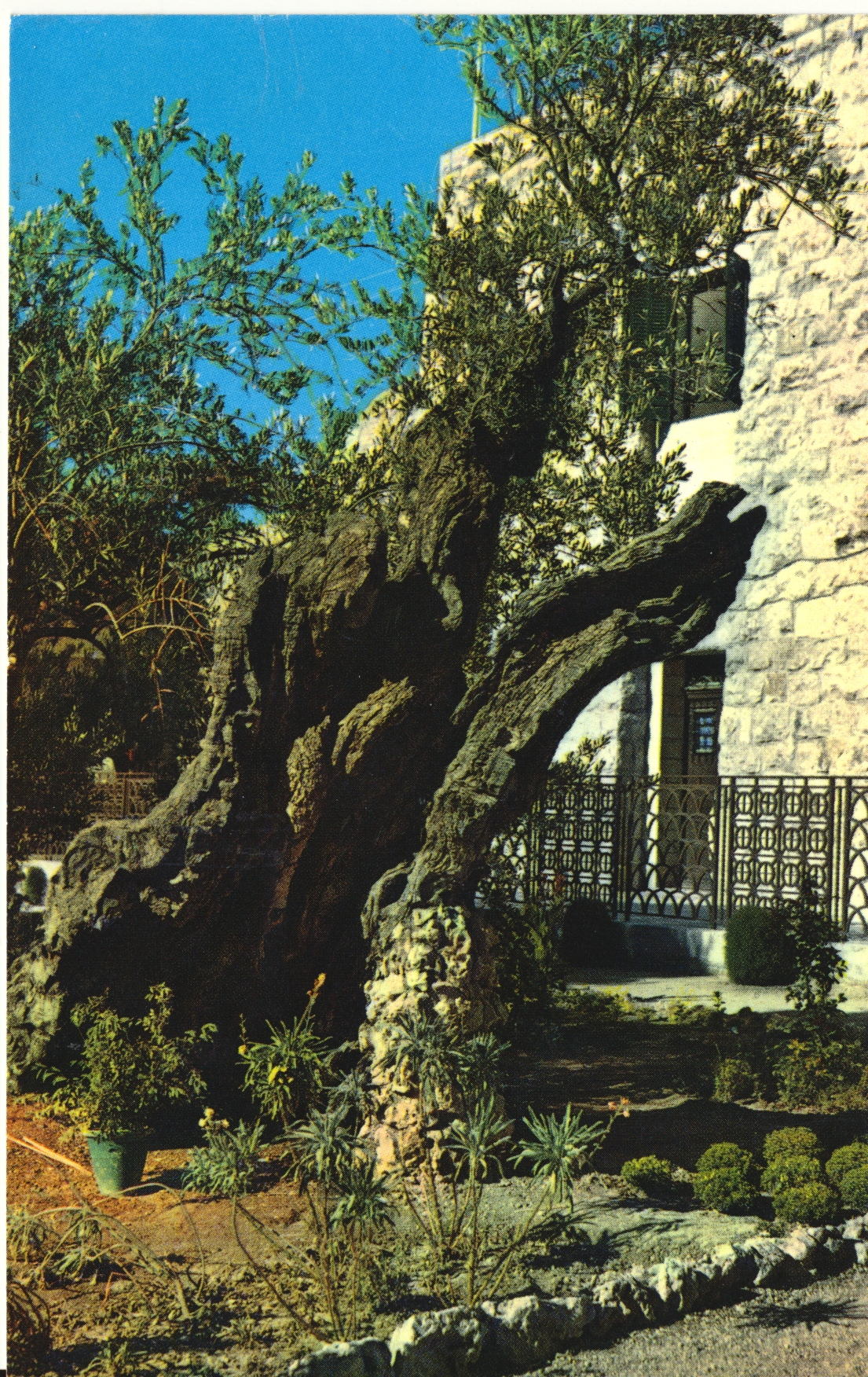 The caption states the photo was taken in Jordan, which controlled this area until the 1967 war and subsequent annexation by the state of Israel. The card was used, and has the simple description:

Olive tree in the garden of Gethsemane

The sender noted that the guides claimed these trees were three thousand years old, but recent investigation indicates these are more accurately dated to about one thousand years.

Since the postcard uses Jordanian stamps which were issued in the late 1950’s, it is likely this postcard dates from the early 1960s.