This image shows the entrance and main building of Baker’s Motel located north of the small town of Griffin, Georgia. 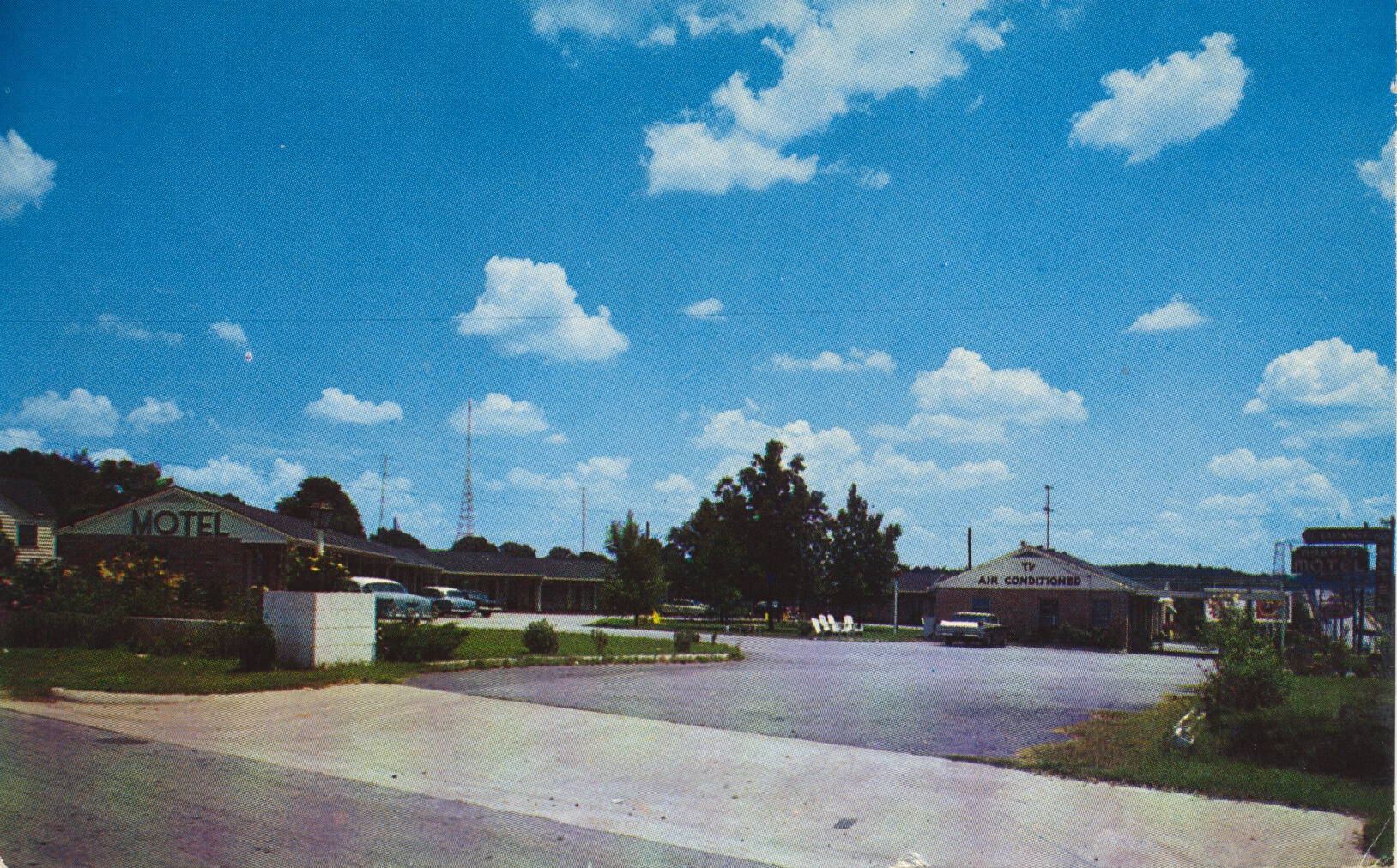 One mile north of Griffin, Georgia

–The motel appears to have been in operation until fairly recently, but is now reported closed.

This image is of the historic location in Warm Springs, Georgia that came to be known as the Little White House from it construction and use by Franklin Roosevelt as a Presidential retreat. 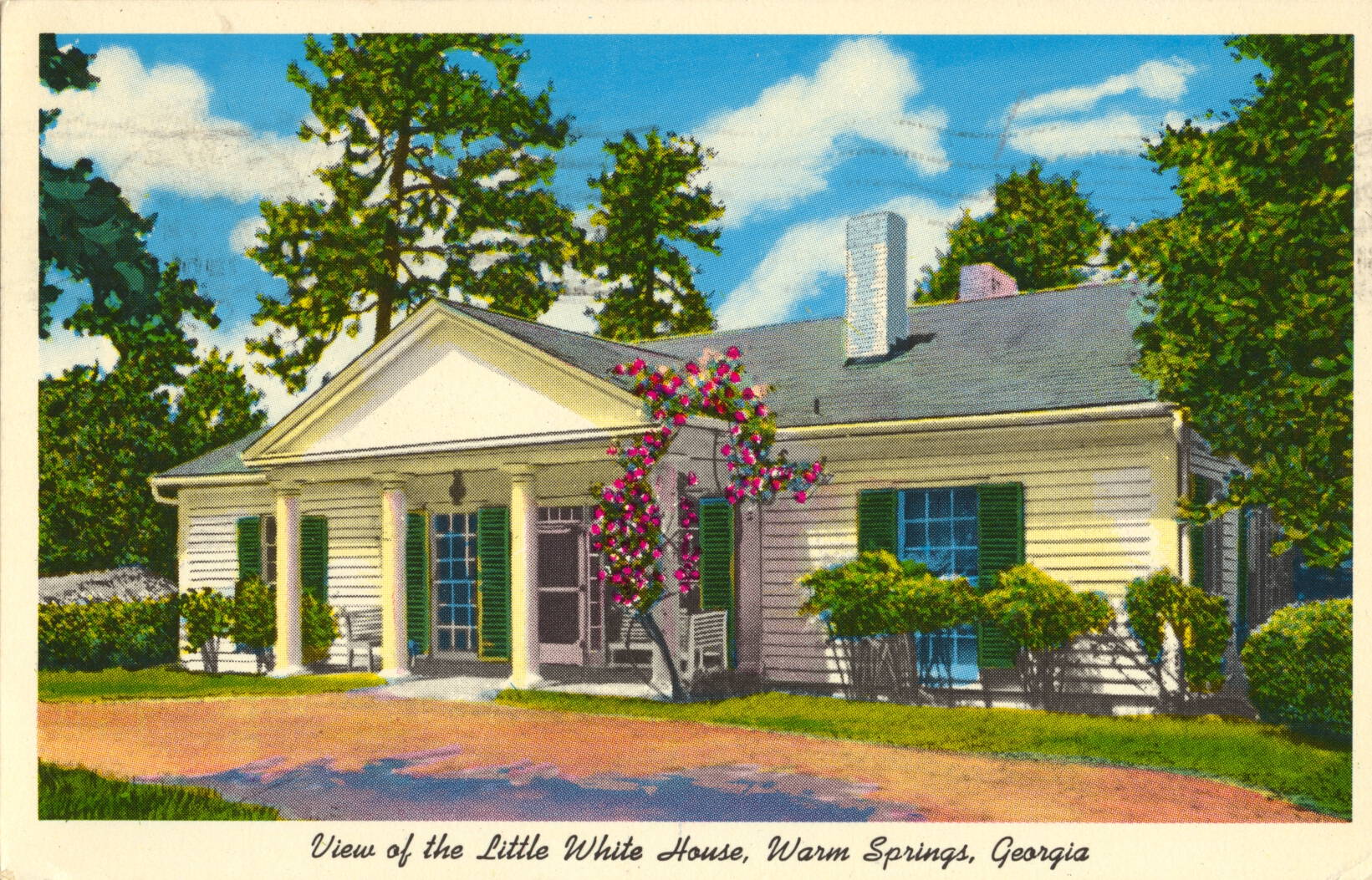 The Little White House at Warm Springs was President Franklin D. Roosevelt’s Georgia home. The Paul’s Scarlet Climber roses were in bloom when he died in this house on April 12, 1945.

–Roosevelt was instrumental in establishing a polio treatment center at Warm Springs, and built this residence there to facilitate his frequent visits. While it was not widely known at the time, Roosevelt used this retreat as a way of spending time with his mistress, Lucy Mercer Rutherfurd.

This image is another of the images typically found in parks and mountains where, at a certain angle of view, the rocky formations can be interpreted as a human profile. This one is in the Cumberland Falls State Park in Kentucky. 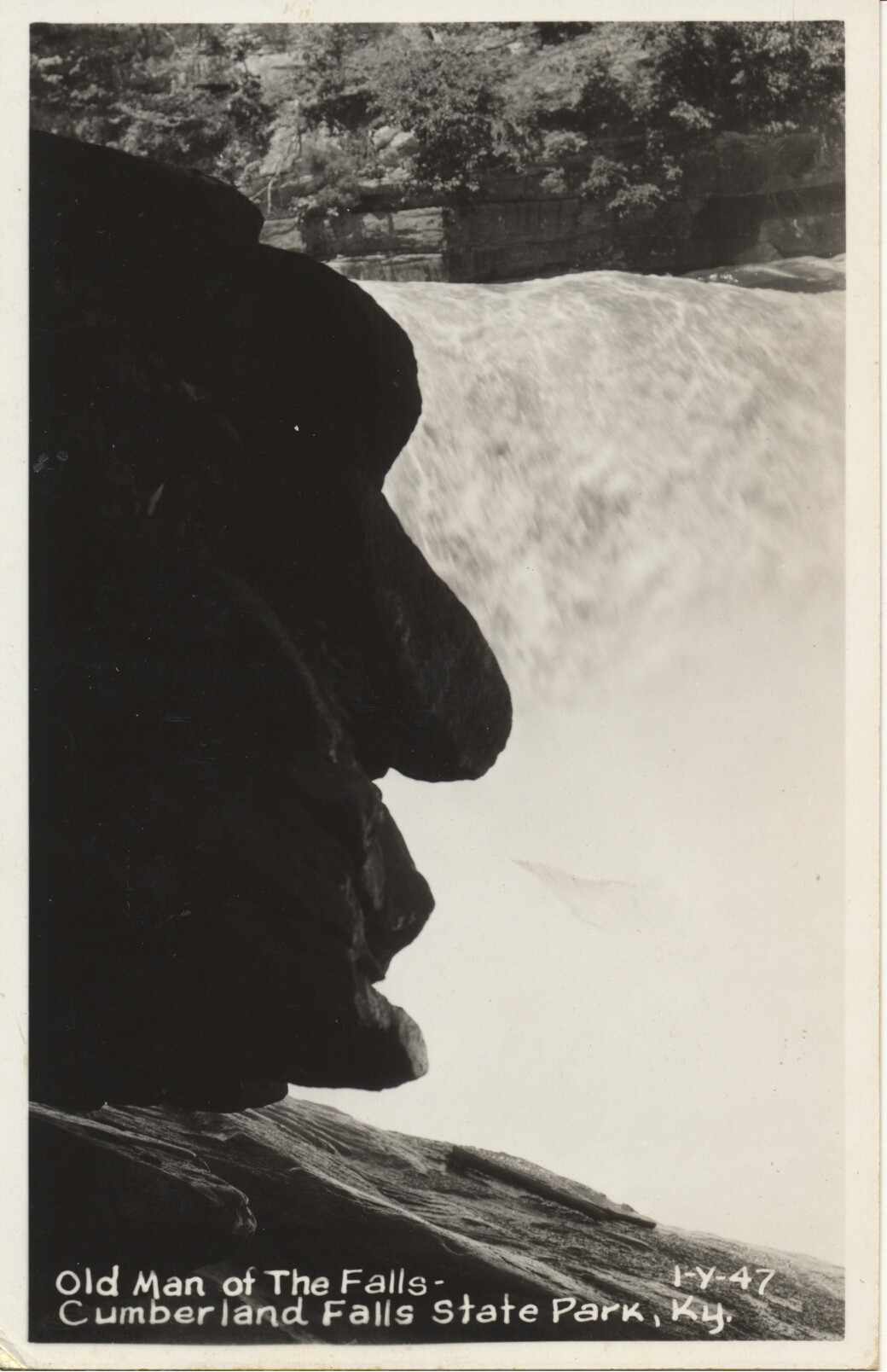 There is no description on the back of this card. Some searching did not turn up any additional images or references to this formation.