This image is of the small shops that lined the Seine in Paris, featuring a very old man who was known as the oldest bookseller, referring to his age and not the age of the books. 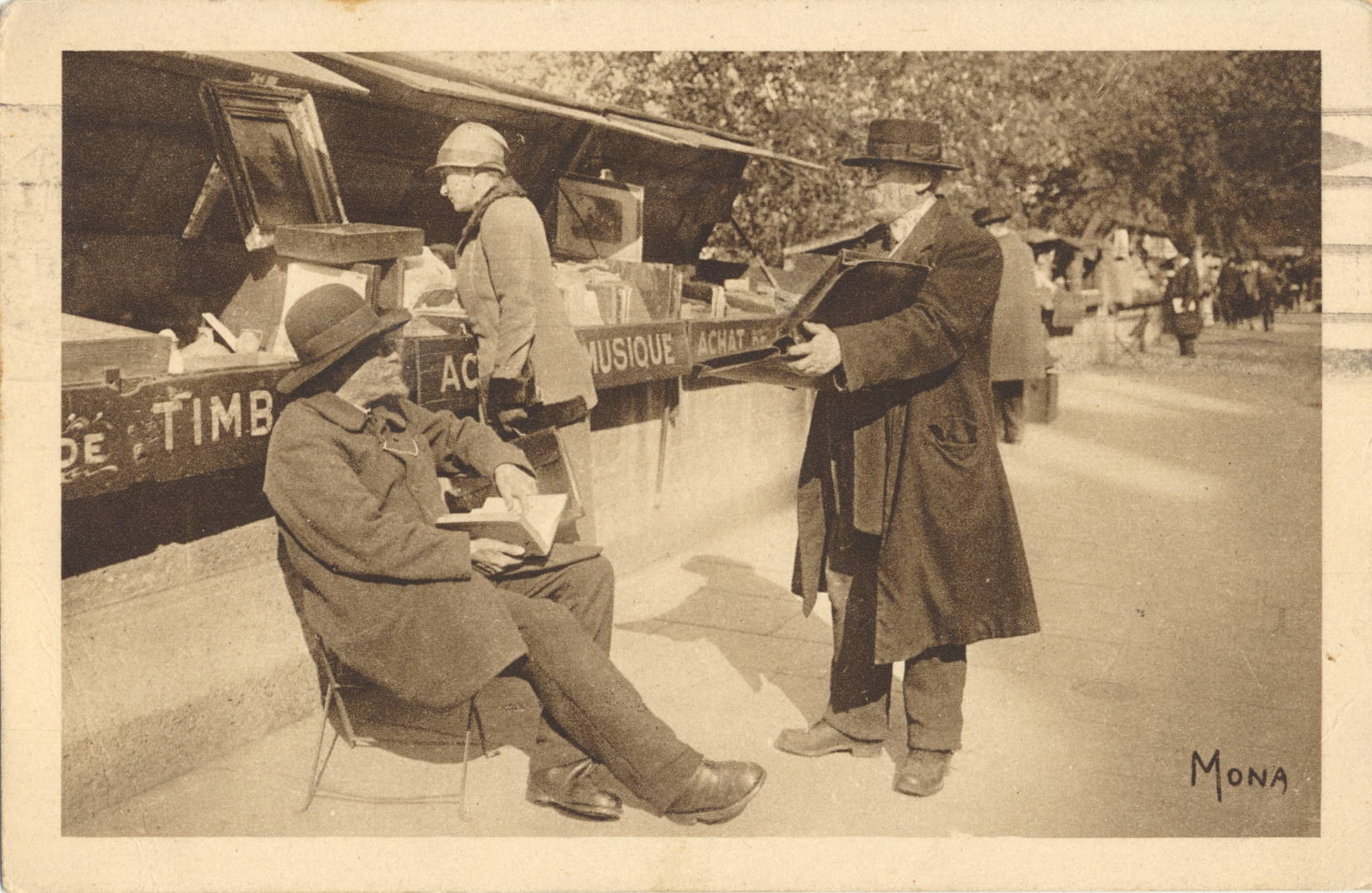 The description states, in rough translation:

–These sorts of stalls exist today along the Seine. Such sellers are known in French as “les Banquinistes”.

This image shows the bustling activity in front of the Paris Opera House, formally known as the Palais Garner. 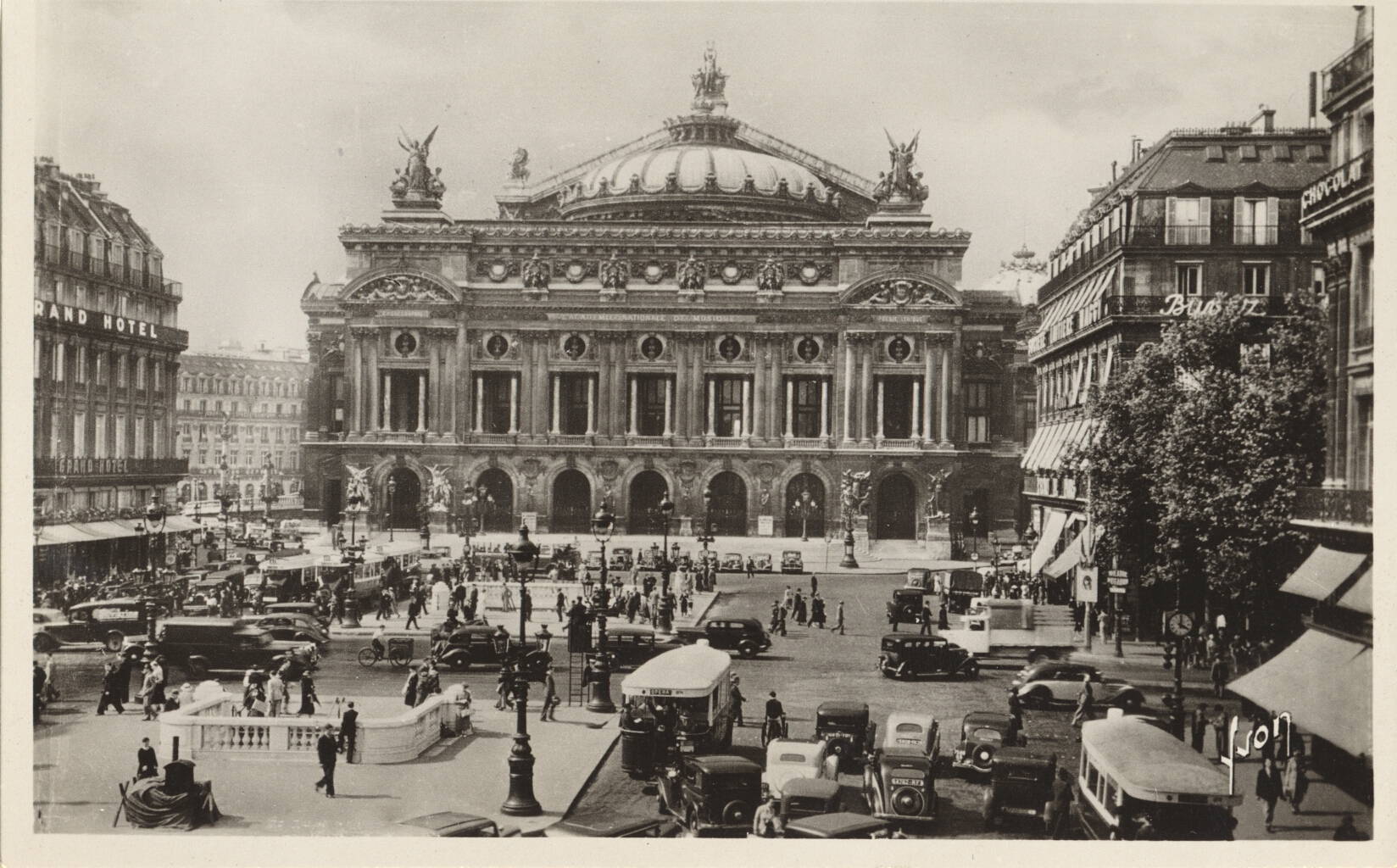 — This building was constructed between 1861 and 1875, and has become famous from it being used as the centerpiece of the 1910 Gaston Leroux book “The Phantom of the Opera”

This image shows the world famous French Gothic cathedral known commonly as Notre Dame, though there are many such churches with this prefix world wide. 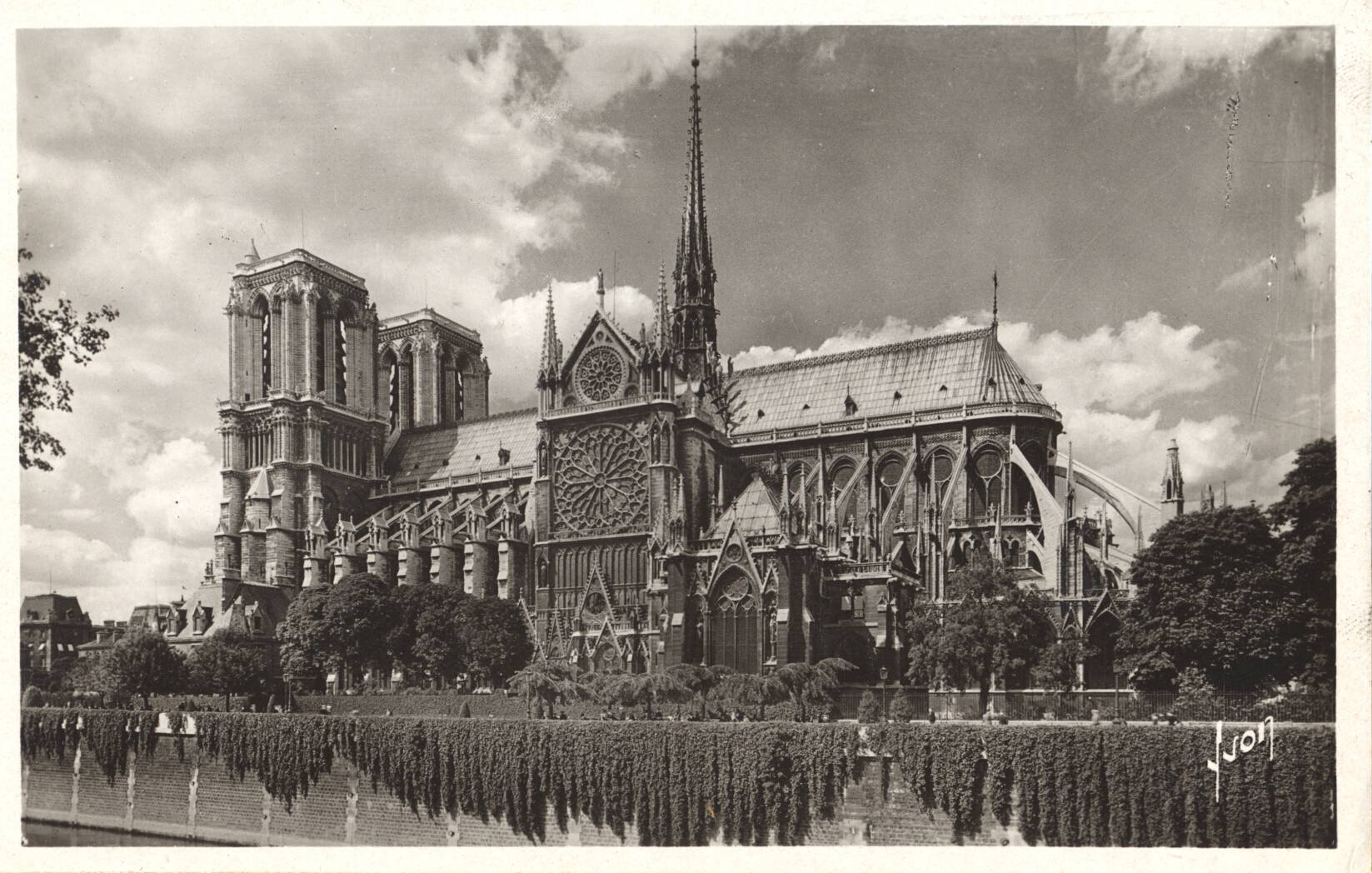 On 15 April 2019, workers performing maintenance on the roof of the cathedral ignited a fire that quickly spread out of control among the ‘forest’ of 600 year old timbers, completely consuming the roof and causing the 19th century spire to collapse, piercing the interior ceiling and crashing to the floor of the transept.

Firefighters were able to extinguish the flames before the rest of the structure was engulfed or compromised, but the ceiling will now need extensive repair and the roof will have to be completely reconstructed.