This image shows a few of the enclosures built by Native Americans who have converted to the Orthodox Christian faith. 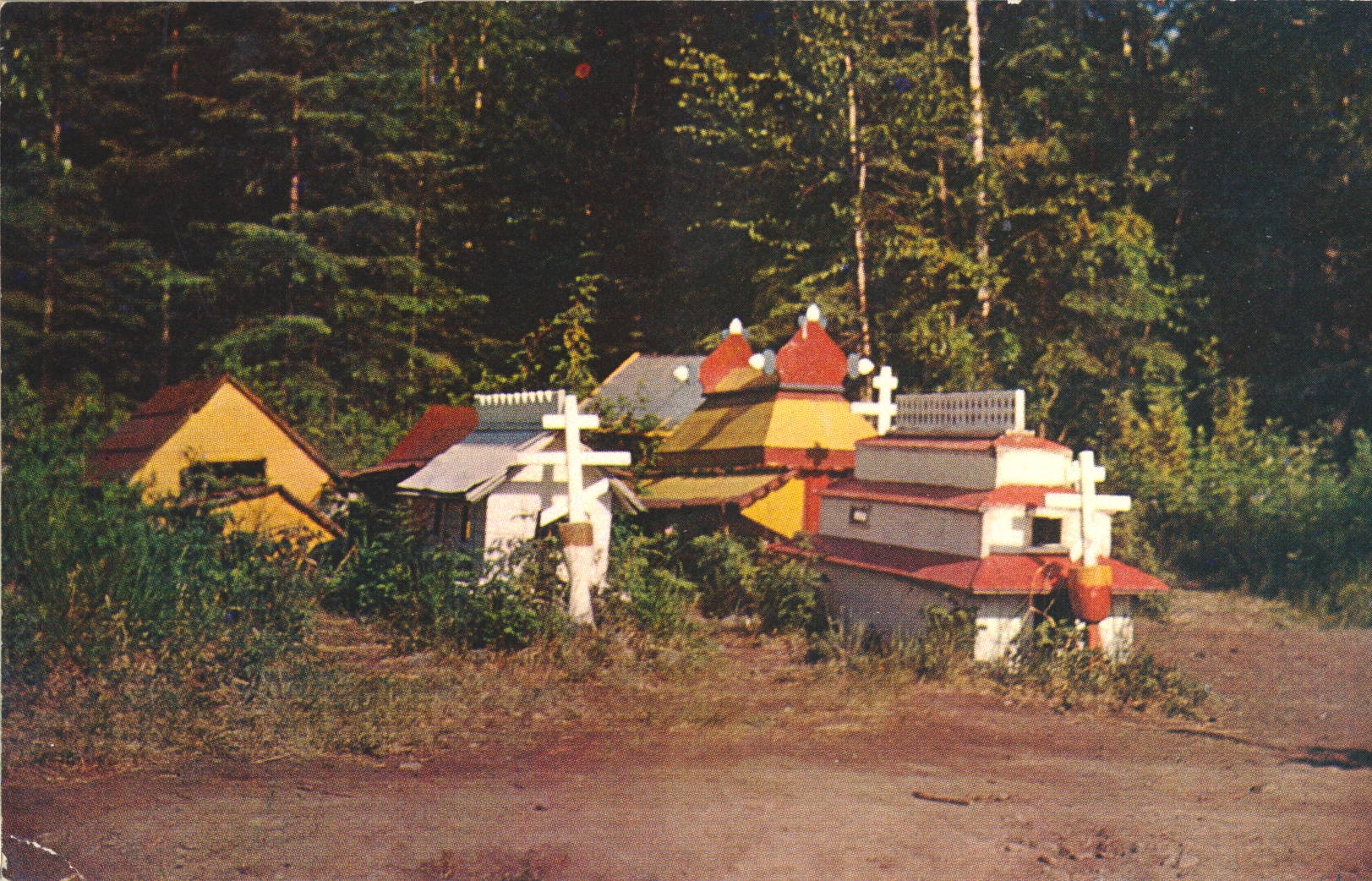 These colorful miniature houses were erected on the graves of Alaskan Indians and in them were placed some of their most precious possessions.

–Such practices are often the result of melding of two different cultural traditions in unique ways when religious conversions take place in societies with well developed and complex religious rituals.

This postcard is an aerial picture of one of Alaska’s larger glaciers, but it is unidentified in the picture itself. 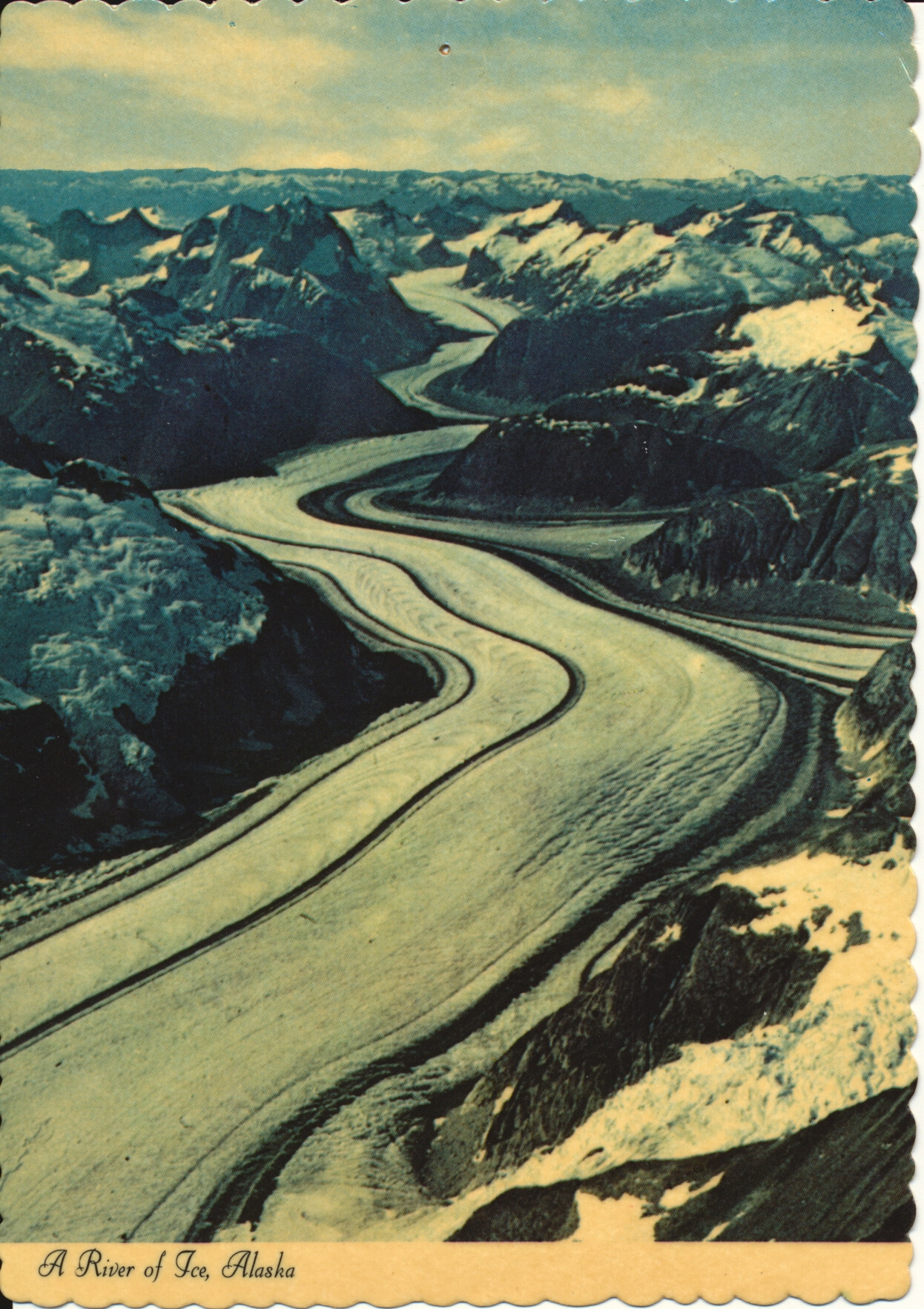 The description on the back is very brief and not particularly informative:

–This card was mailed and is postmarked 22 August 1980, so the photo likely dates from shortly before that time.