This image is of a large country house once owned by Georg Schilcher. I have been unable to identify it further. 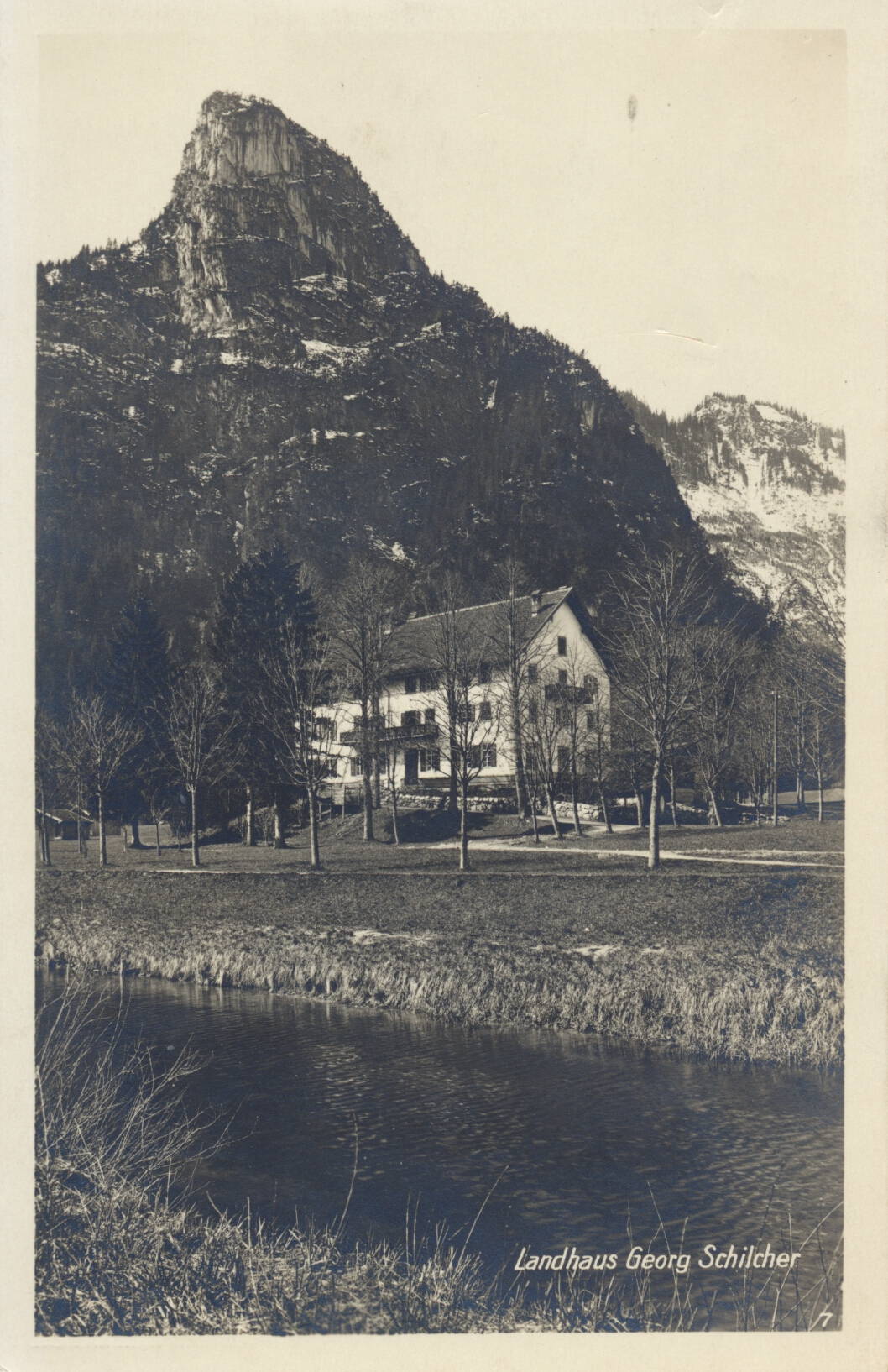 There is no description on the back of this card, other than the publisher, which is shown as:

–Judging solely by the publisher’s tag, this may be located somewhere near Oberammergau in Bavaria.

This image is an illustration of the view of Bacharach from the southern end, looking north into town. 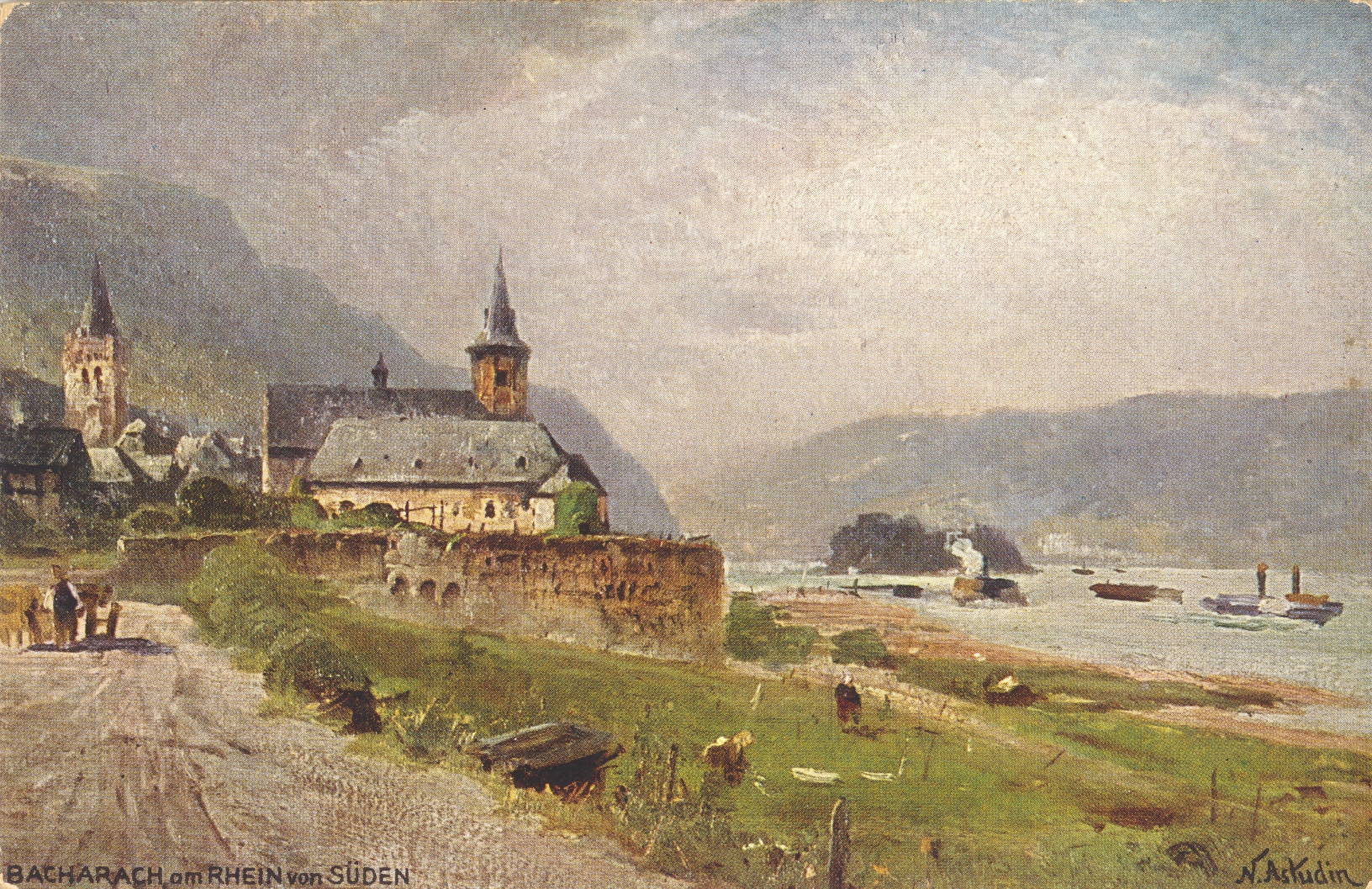 The description roughly translates as:

Bacharach from the south. Picturesque cityscape with pretty plants on the Rhine. Bacharach is world famous for the Rheingau wines in the Middle Ages.

—Rheingau is a small district to the north of the Rhine River between Lorch and Wiesbaden, famous for sweet white wines, particularly Riesling, 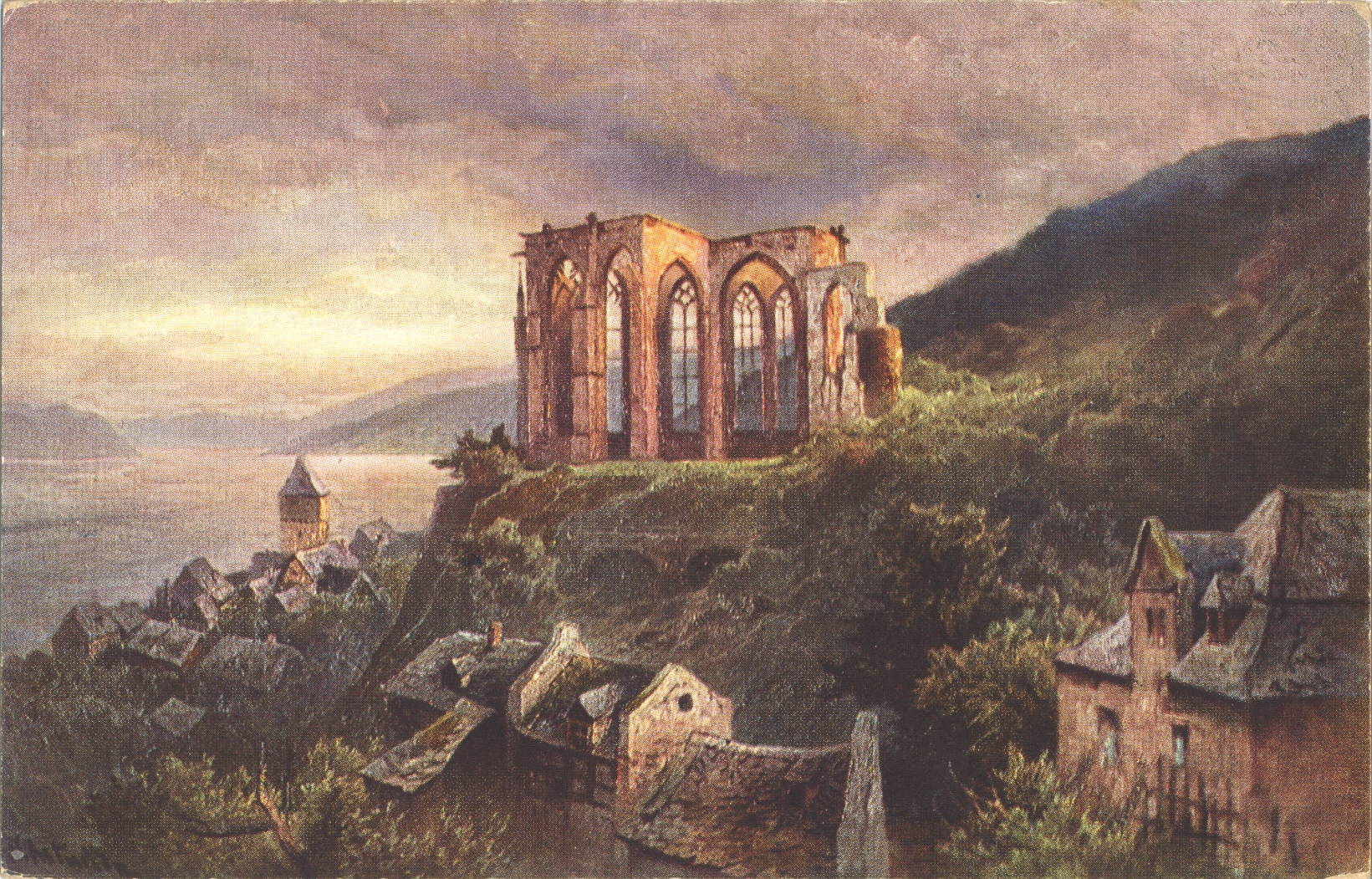 The description translates roughly as follows:

The Wernerkapelle in Bacharach, one of the most picturesque architectural images on the Rhine, was built in 1428 in the most noble Gothic forms, destroyed in the Thirty Years’ War and again in 1689.

–The description avoids the more sinister nature of the site. It is named after Werner of Oberwesel, a young man who was killed in 1287 and the accusation fell on local Jews who were supposed to have used his blood in Passover ceremonies (an accusation known as the blood libel). The accusation resulted in extensive programs against Jews in the area, leading to widespread killing and expulsion. Werner was venerated and the cult following was sustained by the Bishopric of Trier until 1963.