This image shows a horse drawn field artillery piece, being led by a mounted rider, on parade in Fort Bliss, Texas. 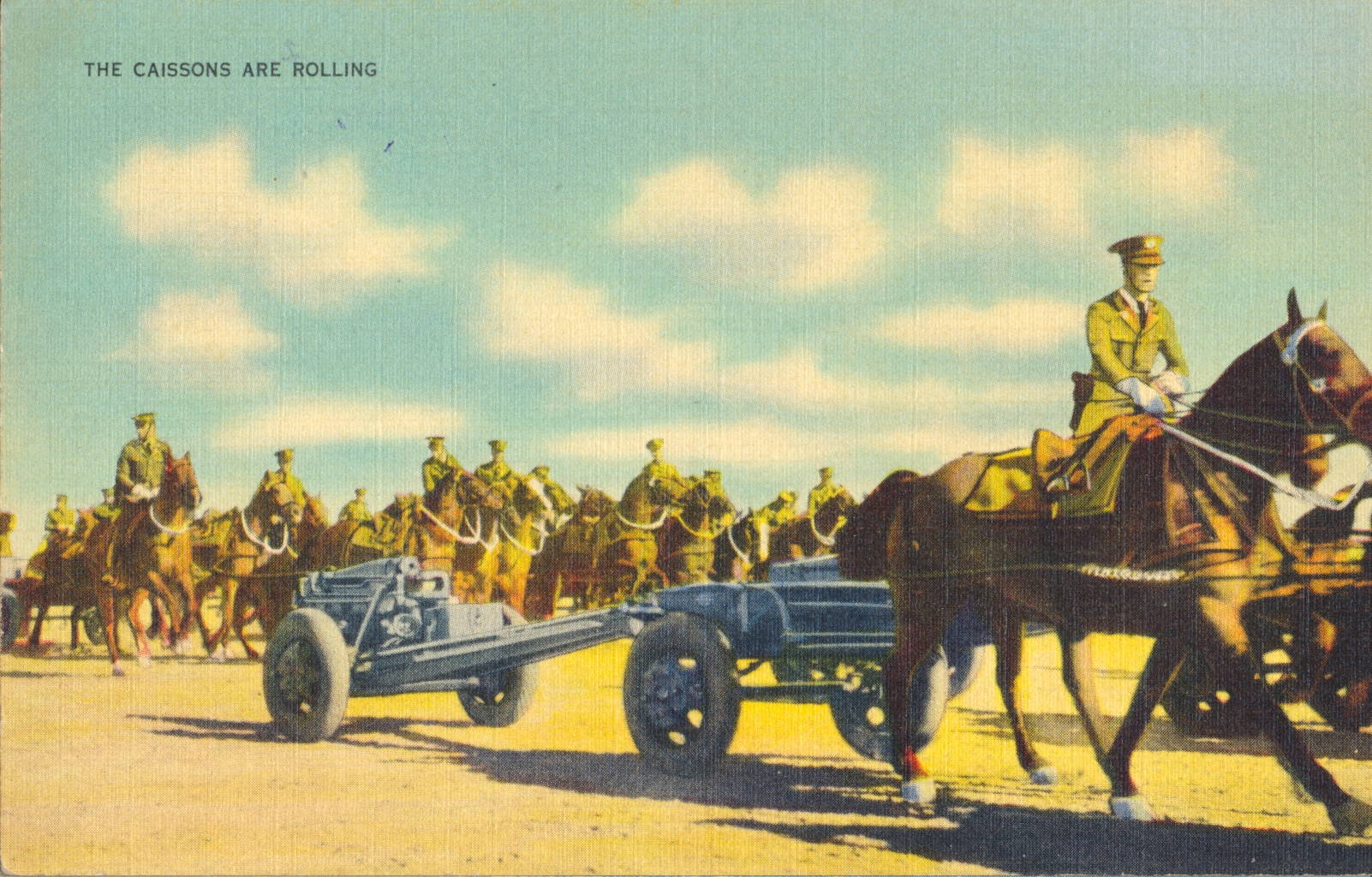 One of the crack artillery regiments of the U. S. Army, the 82 Field Artillery is located at Fort Bliss, just outside El Paso, Texas.

The 82nd Field Artillery Regiment was named in November of 1917 and assigned to Fort Bliss. Its previous name was the 24th Cavalry. It changed names again in 1921 to 82nd Field Artillery (Horse) Battalion, and was the only horse artillery unit in the Army at that time.

Thus this image likely dates to the 1910s. 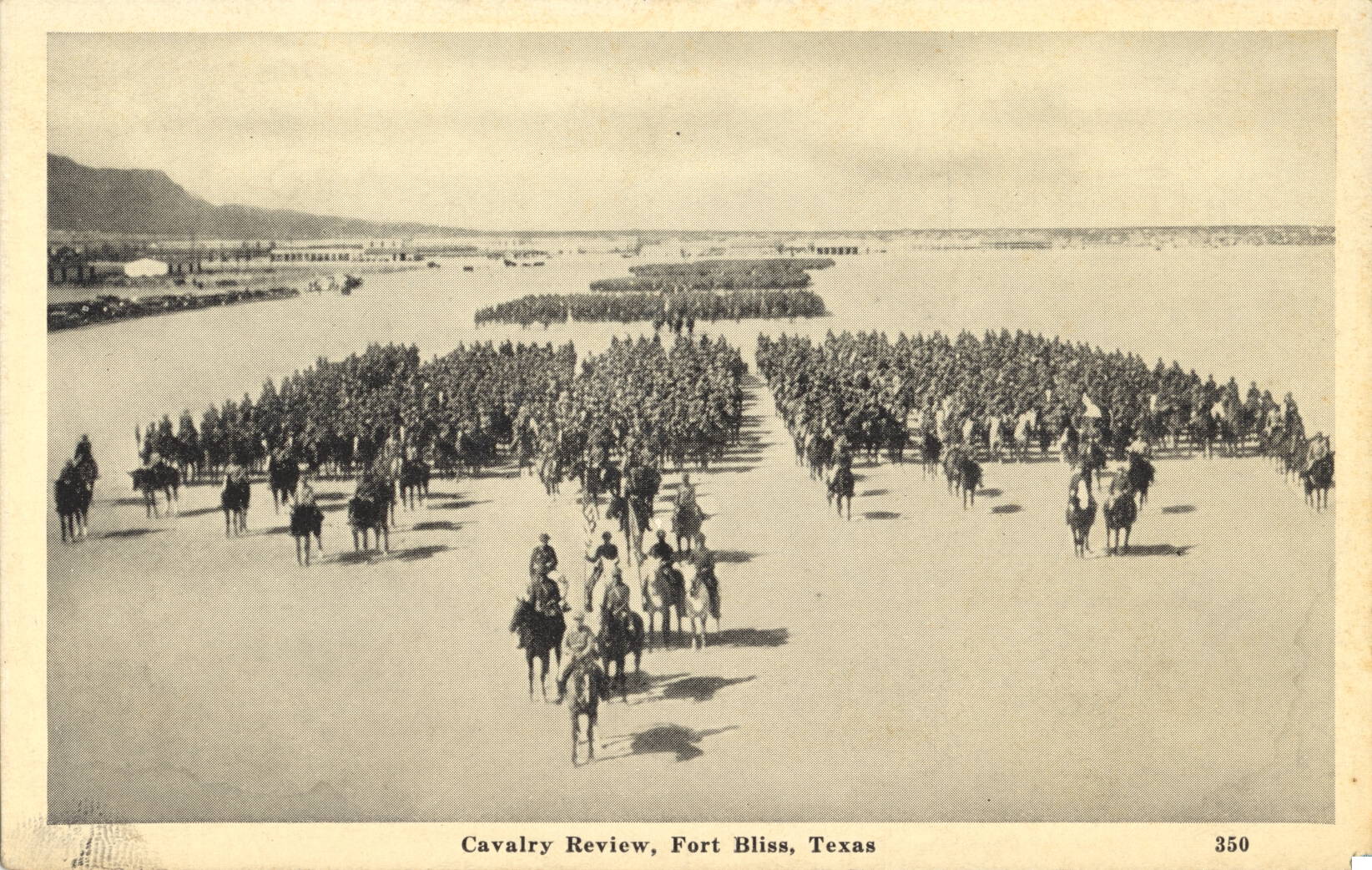 This elevated image, taken from atop one of the Post Cereal factories, shows the extent of the Post Company presence in Battle Creek, Michigan at the time. 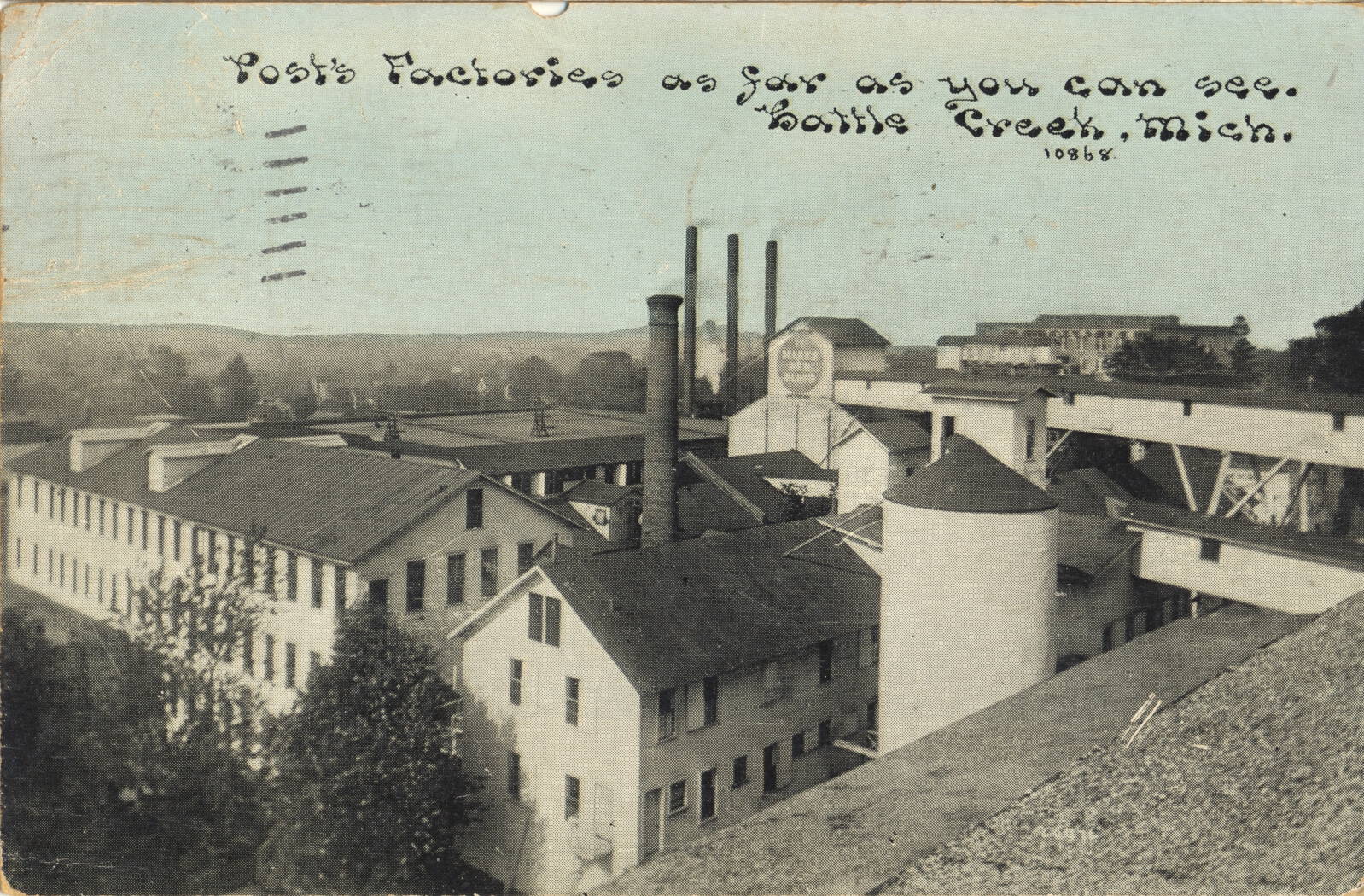 –The small sign on the building in the center of the image (click image to see larger version) states: It Makes Red Blood. In this time, processed cereal was touted as having many various health benefits, including improving blood quality and suppressing sexual appetite. It would be some time before boxed cereal would be considered primarily a children’s food.