This image is a low aerial view of the highway that passes through Santa Barbara, California, following the Pacific coast. 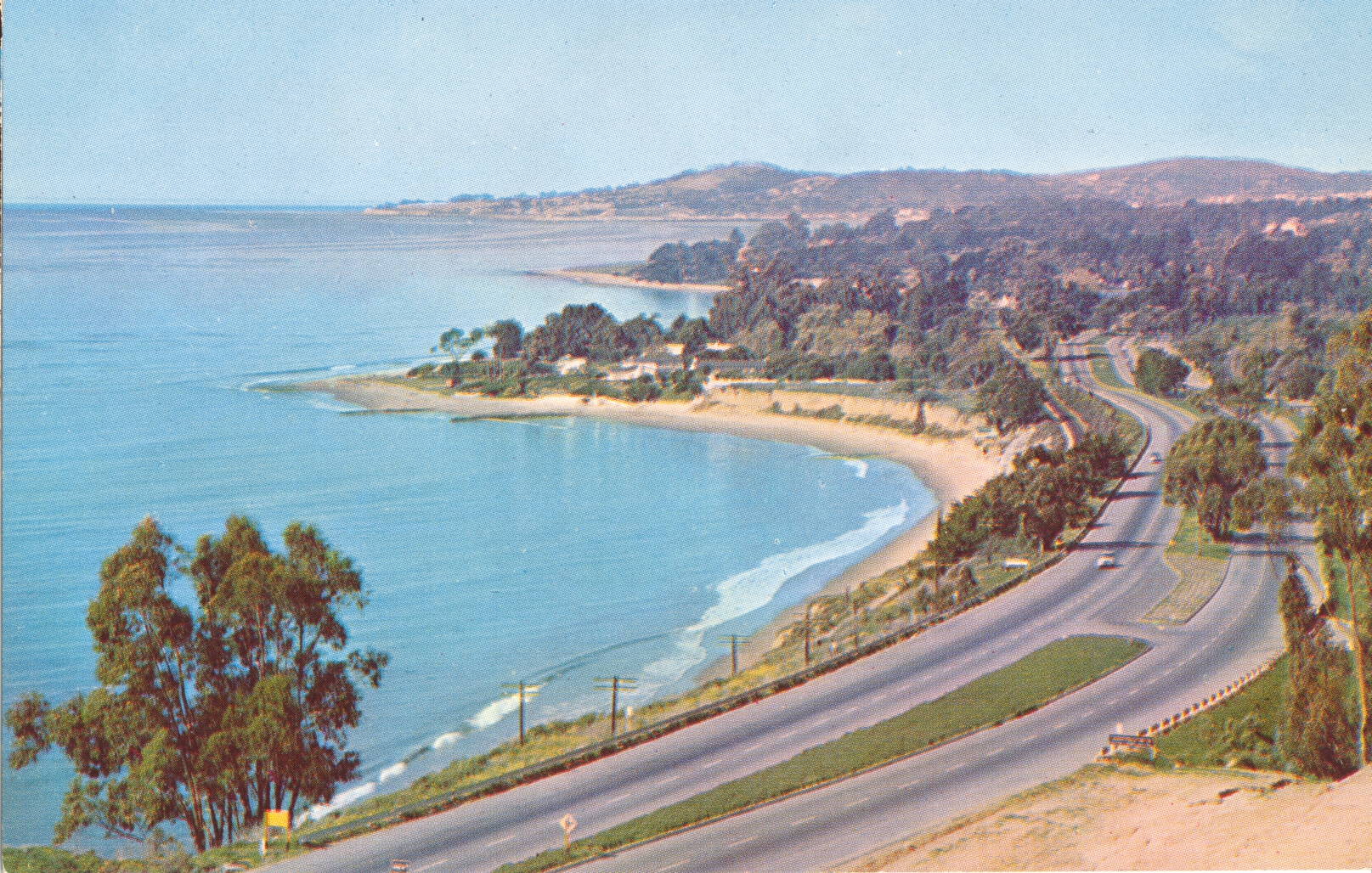 Reminiscent of the French Riviera in U. S. Highway 101 entering Montecito with its extensive private parks and gardens. Santa Barbara nestles in the background.

–The city of Montecito is just a short distance east of the Biltmore Hotel featured in the previous posting. It is considered one of the wealthiest communities in the nation.