This image shows the coastline and main roadway along the Santa Barbara coast in southern California. 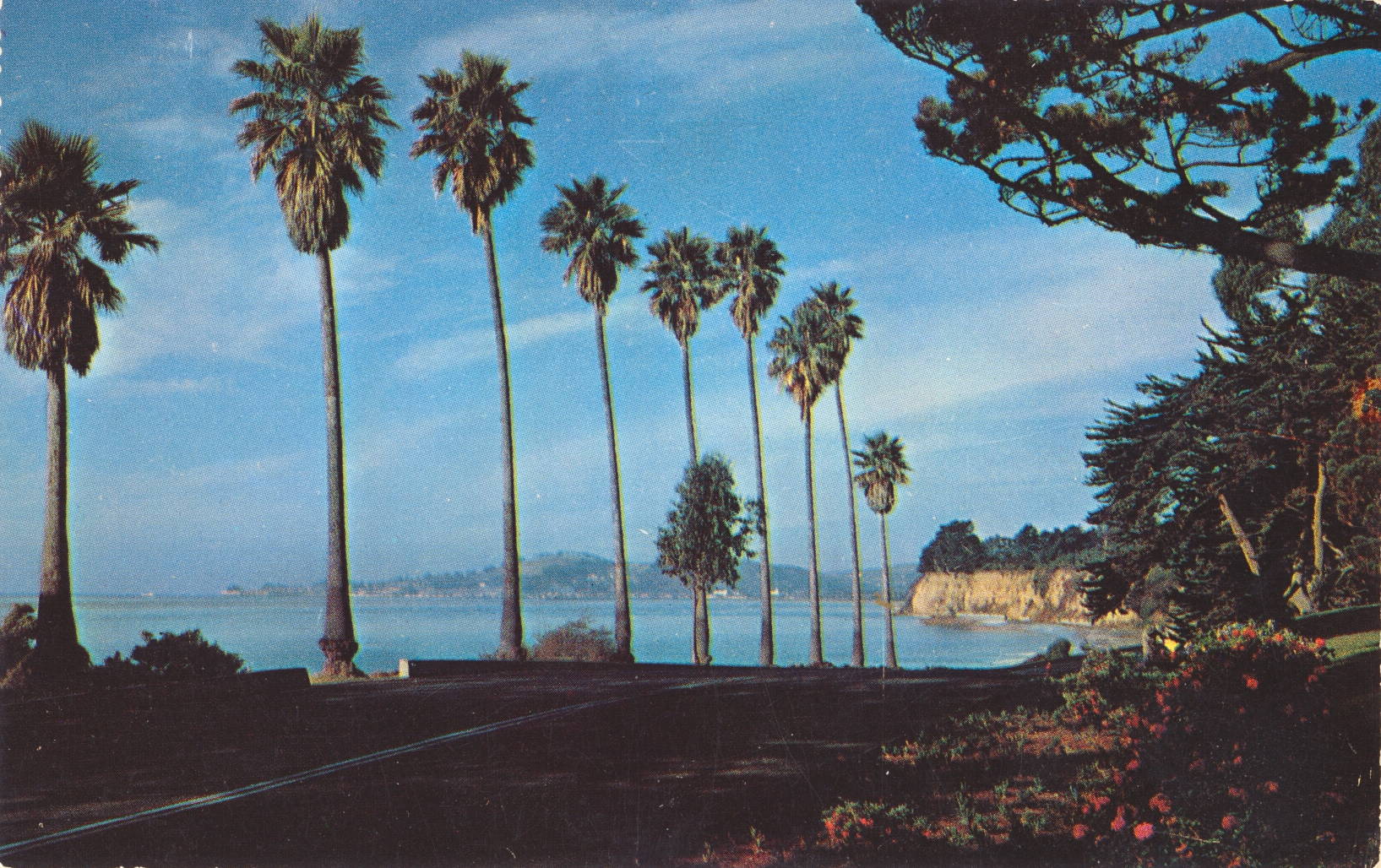 Tree-lined avenue near world-famous Biltmore Hotel. City of Santa Barbara in the background.

–The Biltmore still exists in the same location, but is known as the Four Seasons Resort The Biltmore. It is located fairly far east of the center of town, past the Clark Estate and the Zoo.