This image is an artist’s rendition of a streamlined steam train operating in southern California amidst the orange groves common there in this era. 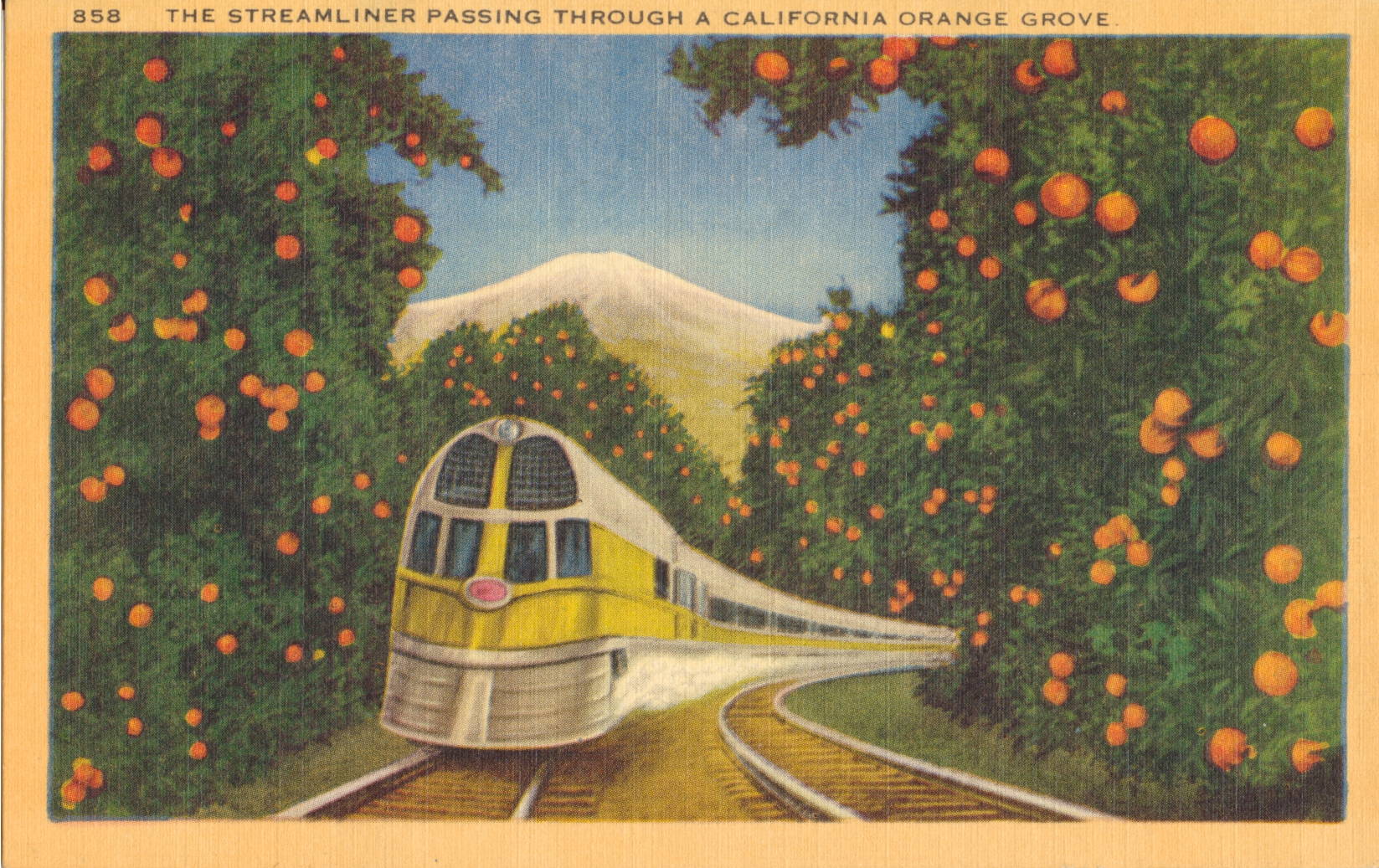 This train strongly resembles the Pioneer Zephyr, a train run on the Burlington Route in the midwest United States, and thus not close to the orange groves of southern California. The badging is different on the front of the train, indicating a different company from the Burlington.

Other postings of this image also conclude that this is not a photograph but instead a mash-up of a train and orange groves, as the Southern Pacific did not have streamliners of this design.