This image is a colorized photo of the building housing the CBS radio station known as KNX, located on Columbia Square in Hollywood, California. 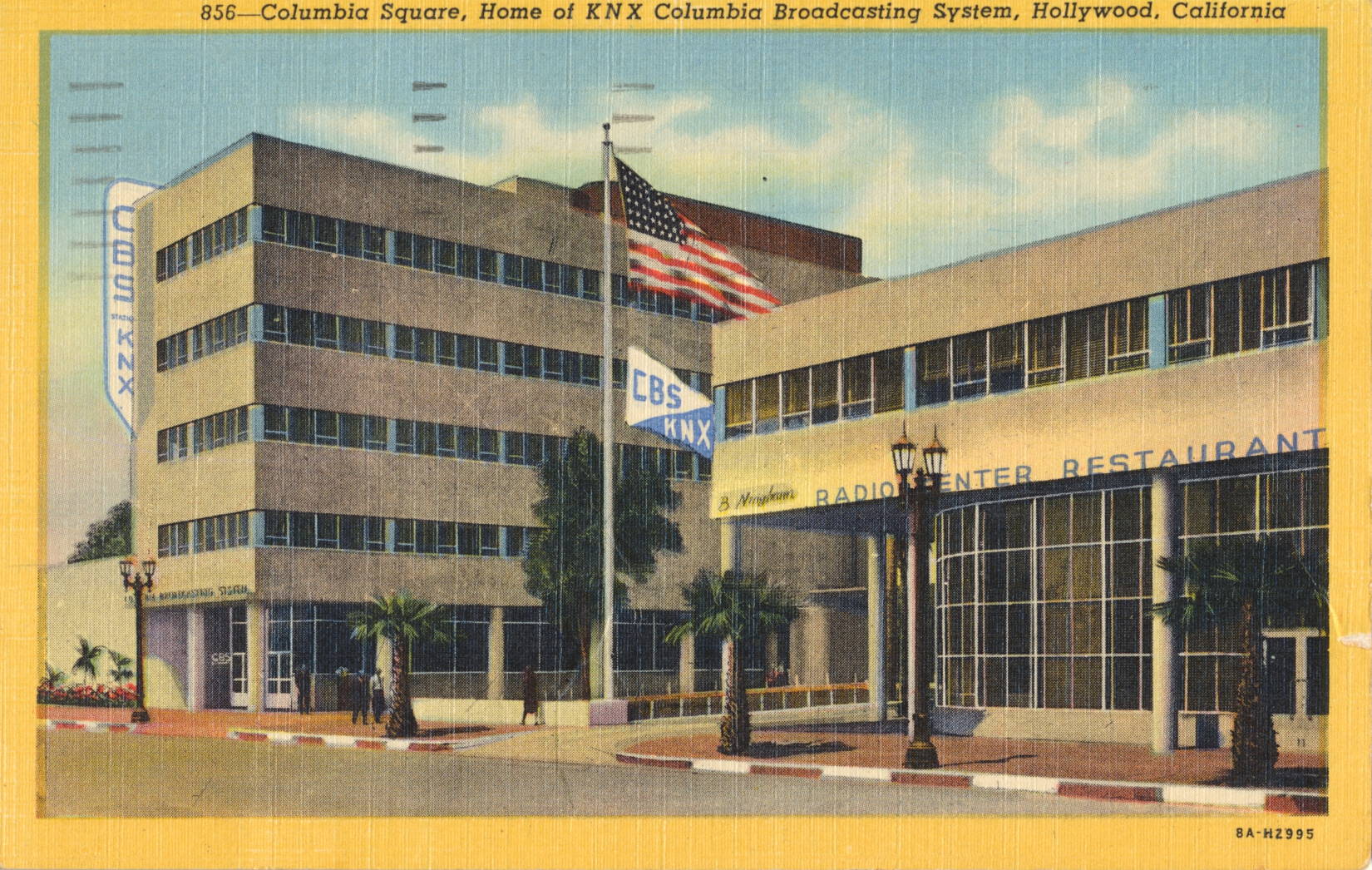 A magnificent new structure, the Pacific Coast Home of the Columbia Broadcasting System, now stands on the spot where the motion picture industry first took root in Hollywood in October of 1911, — now Columbia Square.

Located on Sunset Boulevard, one of the principal traffic ribbons threading its way through the entertainment capital of the world — a five story office building, ten studios, including the Playhouse and adjoining offices.

–The building still exists today, looking much the same from this vantage point, though there are additional buildings being added to the square. KNX radio moved out of the building in 2005, and all broadcasting ceased in 2007.

This card was used and is dated 4 September 1953, but the card description and the appearance of the building indicates this image dates from the 1940s.