This card shows some artist’s renderings of Spanish Moss as it might appear on trees in the Florida area, along with a poem about the putative origins of the plant. As noted in the link above, Spanish Moss is neither a moss nor a lichen, but in fact is a bromeliad. 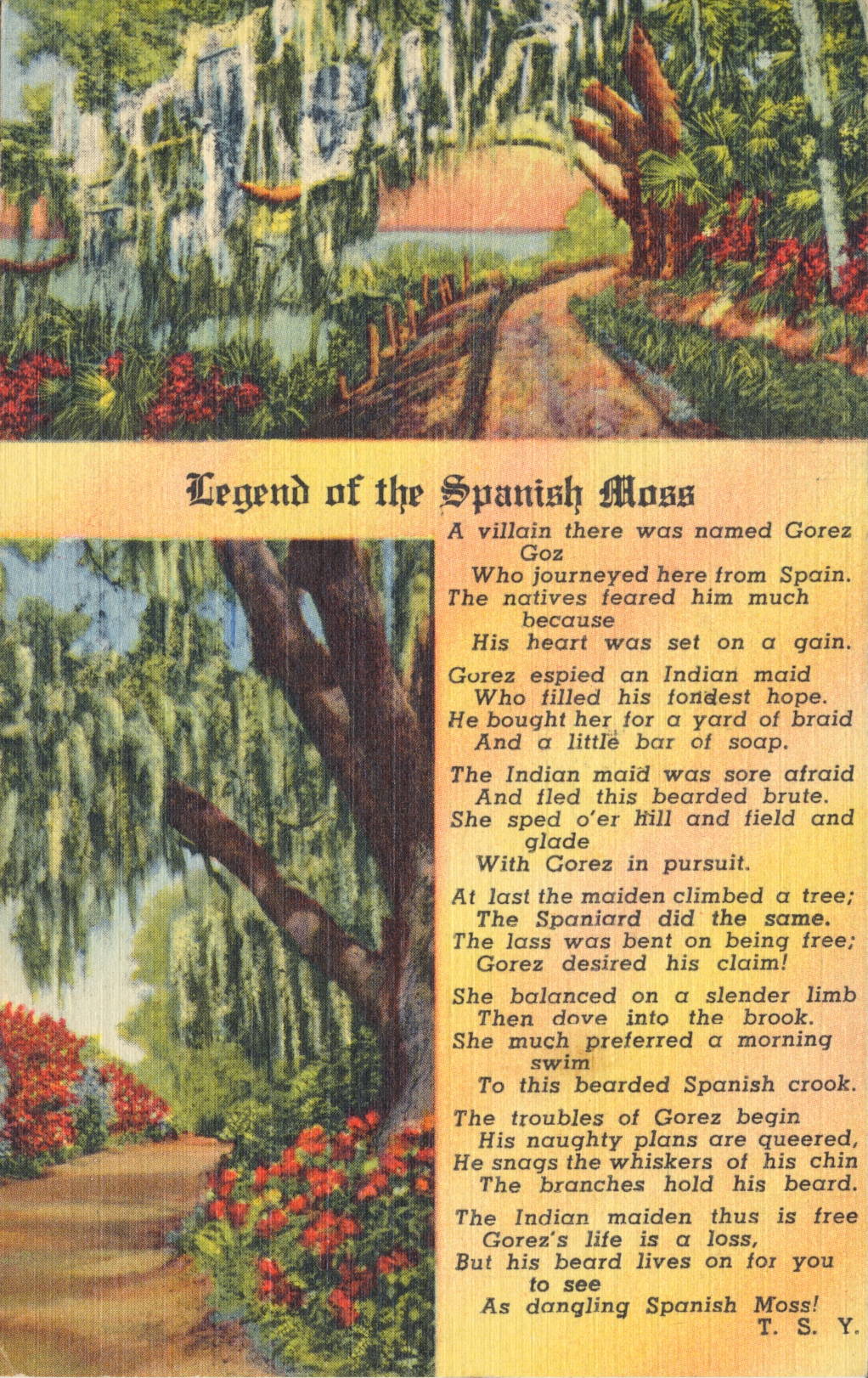 —The poem is one of several explanations for the existence of the plant.

This postcard was used and is dated28 February 1957.