This image shows the kitchen of the building known as “My Old Kentucky Home”. It is not part of the larger “Federal Hill” structure, but is part of the original structure which was used while the more imposing home was constructed. It was attached to the newer building as construction was completed. 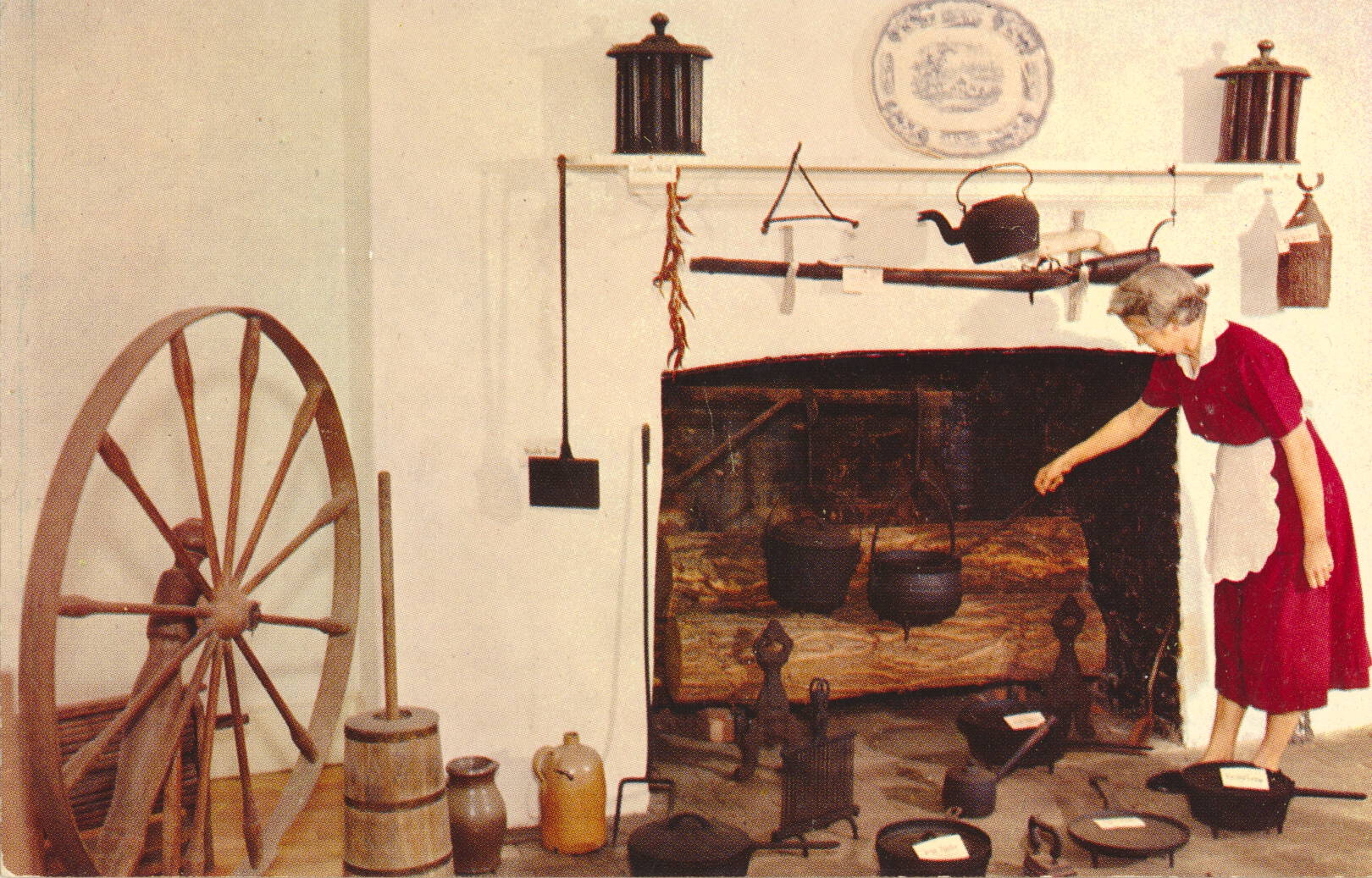 Original wing, which includes this kitchen, was built in 1795 by John Rowan, Sr.

–The logs shown are considerably more massive than necessary for a proper cooking fire, as it was more common to position the pots above the flames instead of in front. The long handled spoons allowed stirring without close exposure to the open flames.