This image shows the dining room of Federal Hill, the building now known as “My Old Kentucky Home”, as it might have looked during the ante-bellum period when the song was composed. 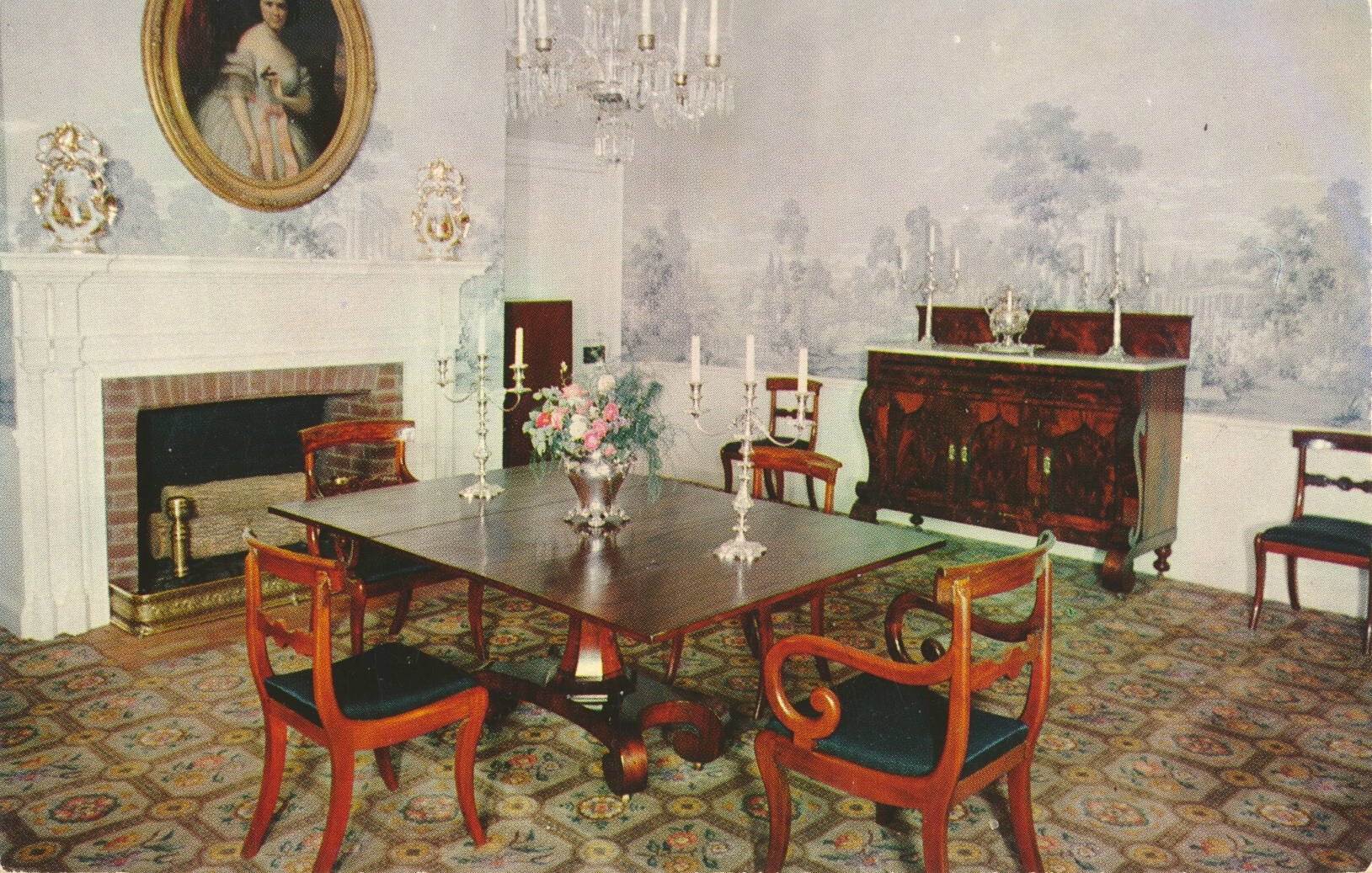 –Since this time the mansion has been renovated twice, most recently in 2006, which included new wallpaper and other decorations which simulate the look of the house in the early 19th century.