This image shows the front and side of the main building at the My Old Kentucky Home State Park. It was immortalized by the famous songwriter Stephen Foster in the last few years before the American Civil War. 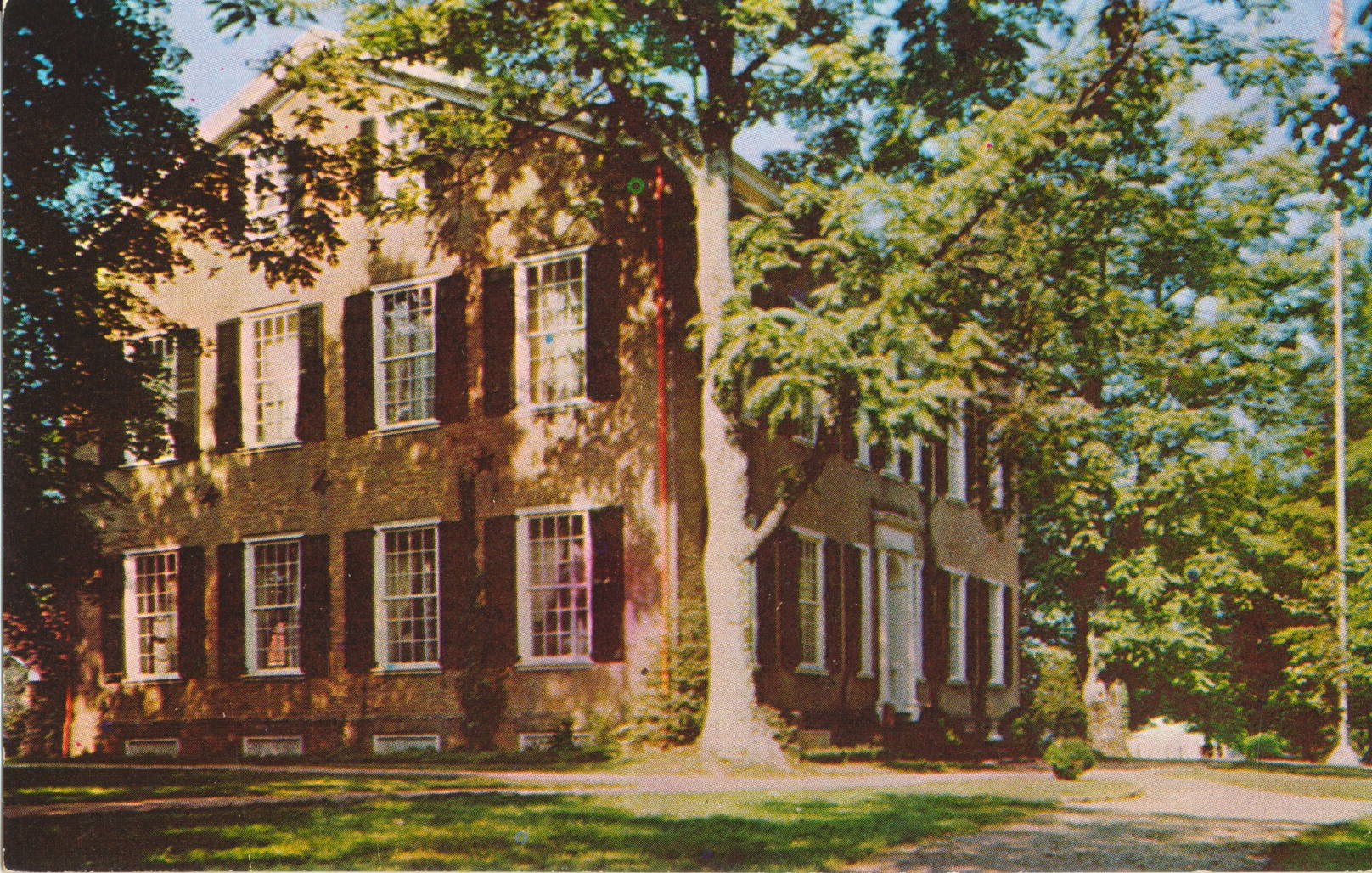 Federal Hill, known all over the world as “My Old Kentucky Home”, was built in 1795 by Judge John Rowan. The beautiful old mansion, now a state shrine, is open to visitors the year ’round.

In 1852, while a guest here, Stephen Collins Foster, a relative of the Rowans, was inspired to write his immortal [s]ong, “My Old Kentucky Home.”

–As the song is about the plight of African slaves, it has lyrics which are now considered insensitive, and have been expunged by order of the Kentucky Legislature.