This image shows the main tower and one of the contemporary aircraft serving the Kent County, Michigan airport. 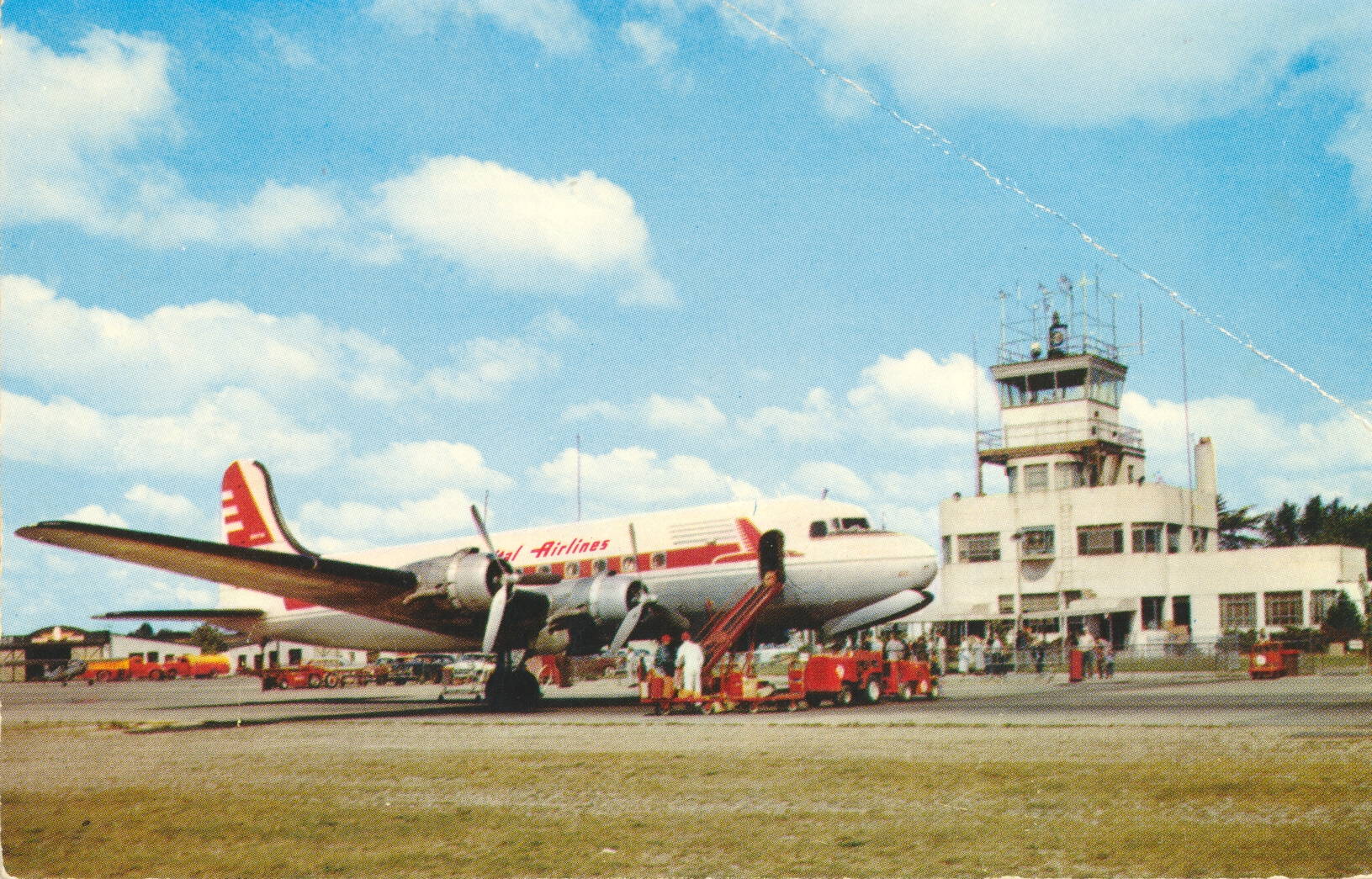 –The airport has since been extensively upgraded with the increase in air travel and is now called the Gerald R. Ford International Airport. The plane being serviced appears to be a Douglas DC-4 operated by the now-defunct National Airlines. It was acquired by Pan Am Airlines in 1980, which itself ceased operations in 1991.