This image is an artist’s rendition of a typical Hereford cattle herd on the range in the southwest United States, likely New Mexico. 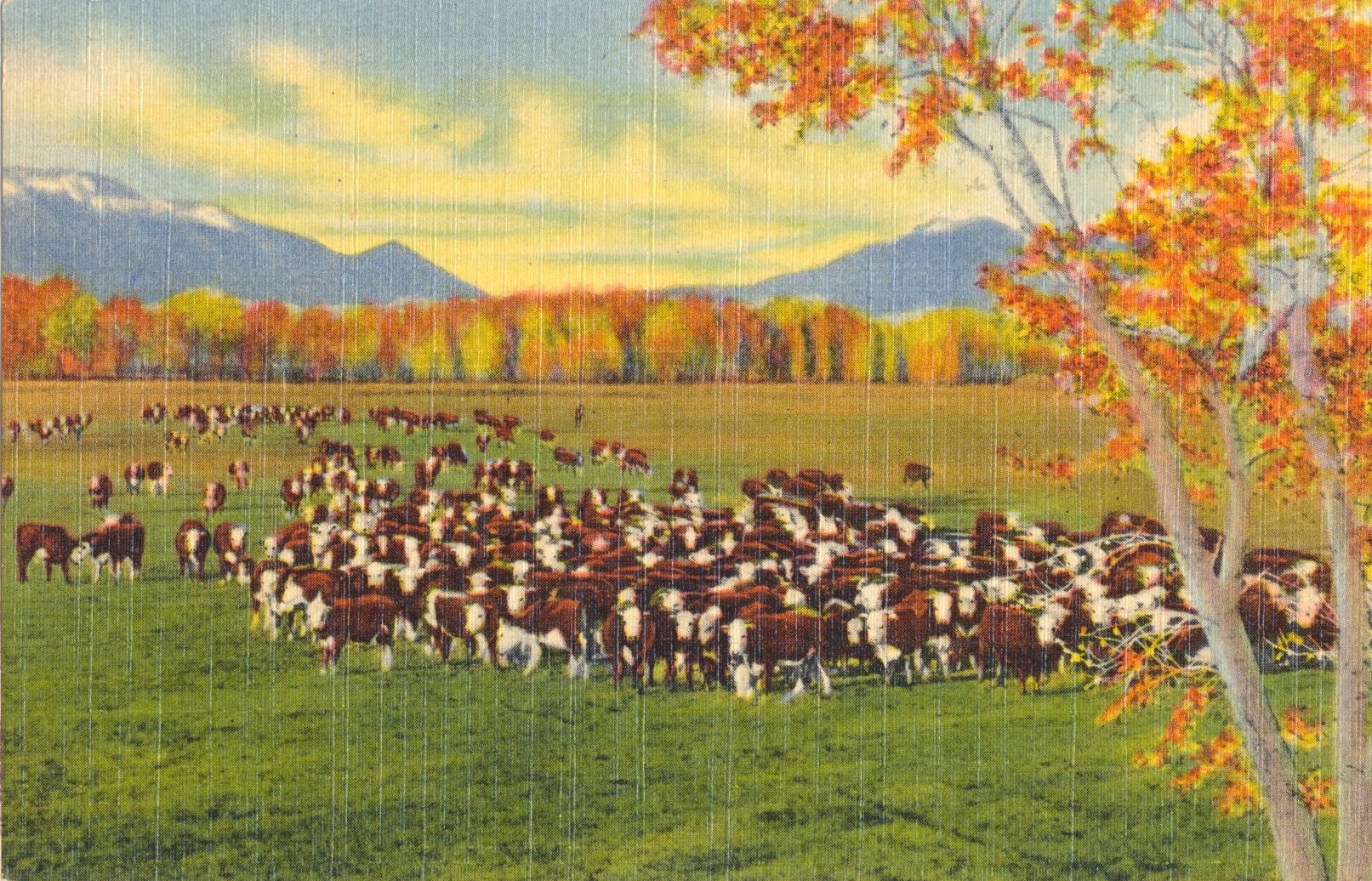 188 CATTLE ON THE RANGE IN THE SOUTHWEST

The western cattle ranges feed most of the U. S. There were no cattle in America when the Spaniards cam (only buffalo). The brought a breed of “Long Horn” cattle which had their origin in Portugal. By the time Texas was annexed to the U. S. the Southwest was over-run by “Long Horns”. Thousands were driven to northern markets. They are now replaced by better stock, great herds of which supply our finest beef steaks.

–This herd is the common white-faced Hereford common throughout cattle areas in the United States.