This image is an artist’s rendition of the view down one of the main streets in Albuquerque, New Mexico, Central Avenue. 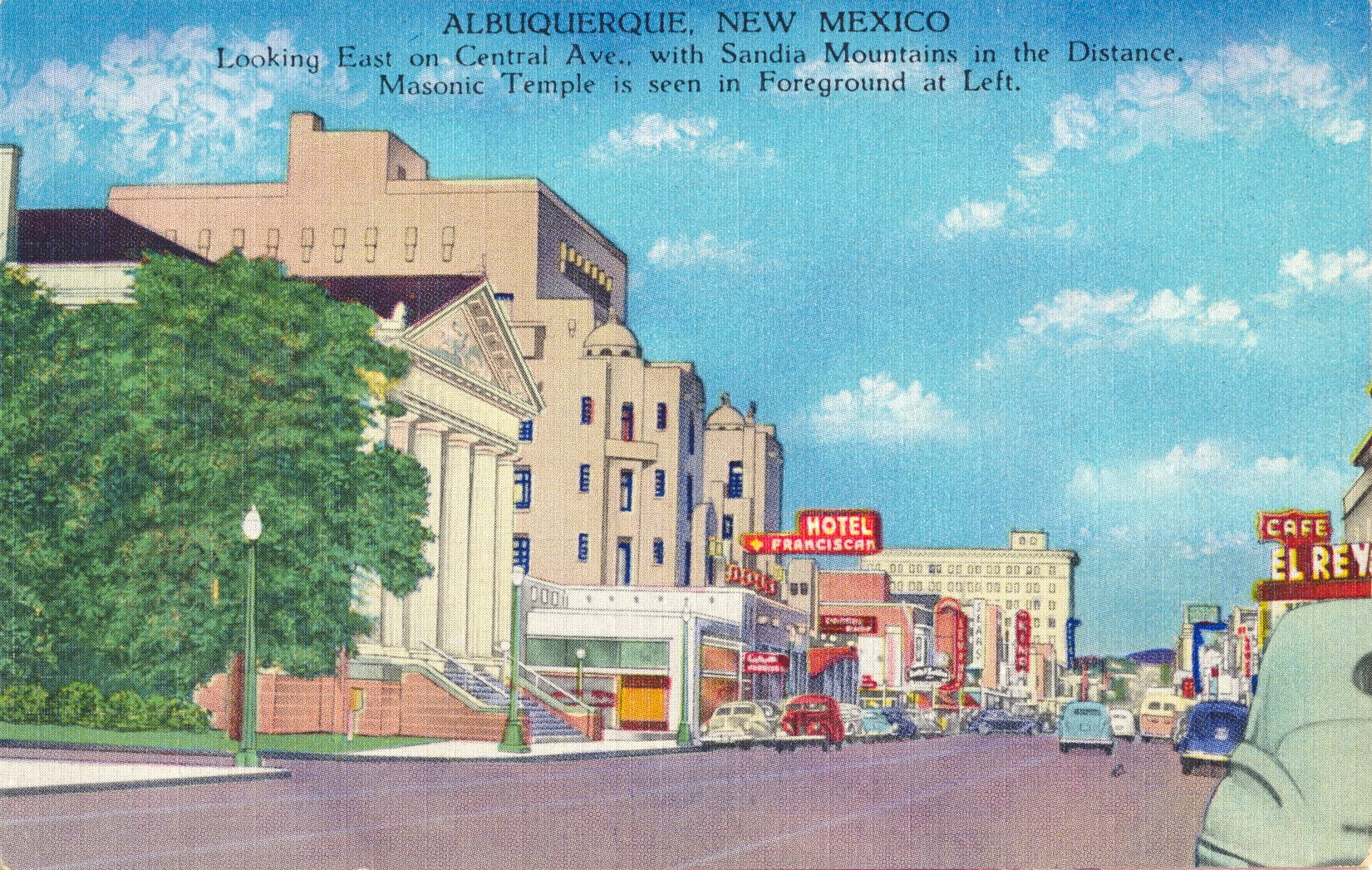 Here in Downtown Albuquerque, N. M. you can see the lofty peaks of the picturesque Sandia Mountain Range.  History rich, this 188 year old city retains much of the fascination of Old Spain — yet is had been assigned a vital role in America’s future. Albuquerque lies in the heart of Atomic America — in one of the most interesting and historic areas of the entire United States.

At Albuquerque you are also in the heart of the Indian Country and within short driving range of a matchless variety of scenic attractions.

–The Masonic Temple in this image does not appear to have survived. This image dates from the 1940s.