This image shows an early motel type common along the highways of the United States in the mid-20th Century. This one was in Ogalalla, Nebraska. 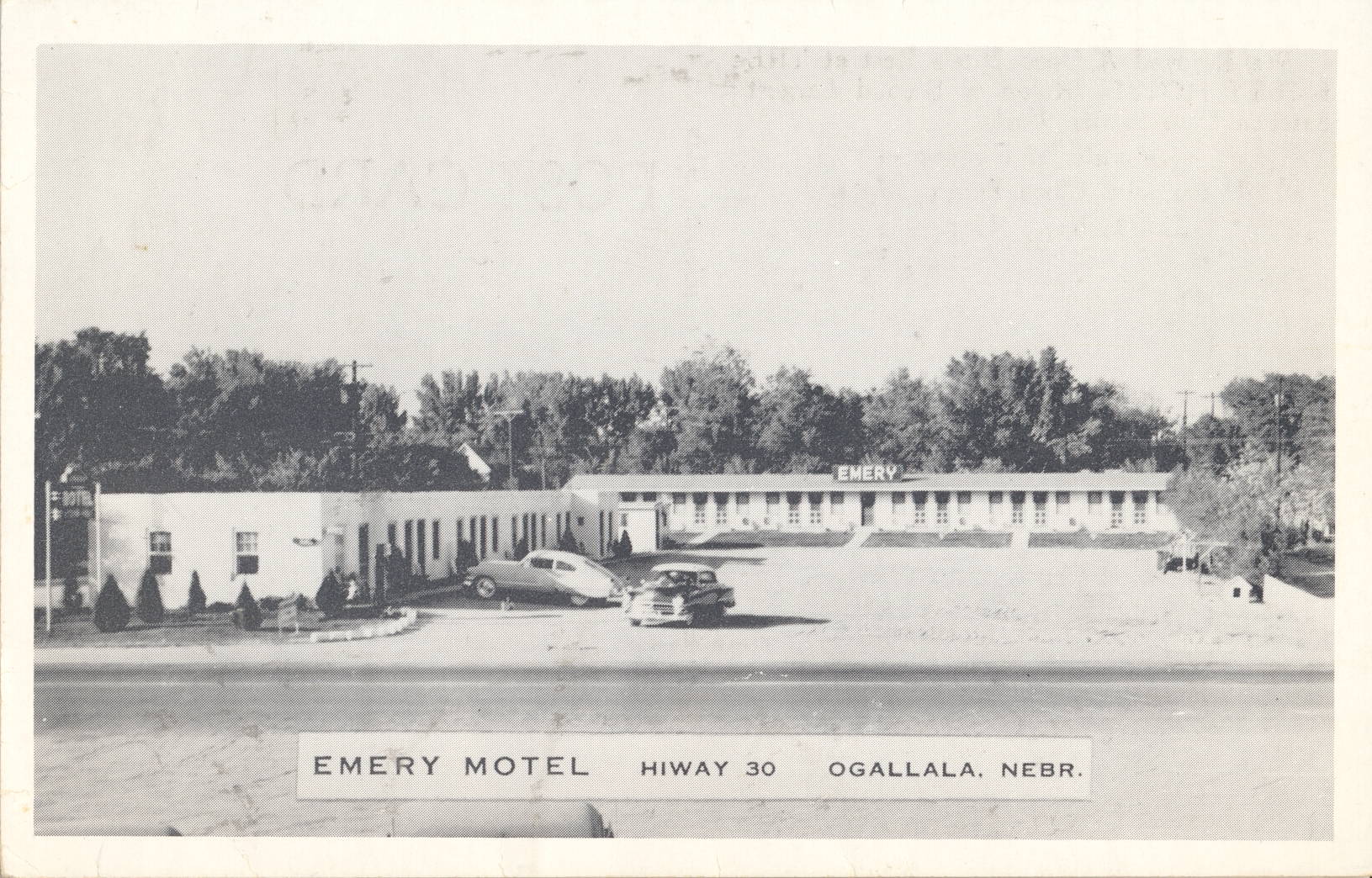 We Enjoyed A Good Nite’s Rest at THE EMERY MOTEL. Home of the Second Largest Earthen Dam in the World.

(Spelling and capitalization is in the original)

–The dam referenced in the description is the Kingsley Dam, which is located a short distance north of Ogallala. The dam formed Lake McConaughy, and the construction of the dam removed so much earth from in front of the dam that another lake formed at the base of the spillway.

This image likely dates from the 1950s, based on the cars visible in the picture.