This image shows the family home of former President Dwight D. Eisenhower, who after commanding the Allied forces to victory in Europe during World War II was elected to two terms as President of the United States. 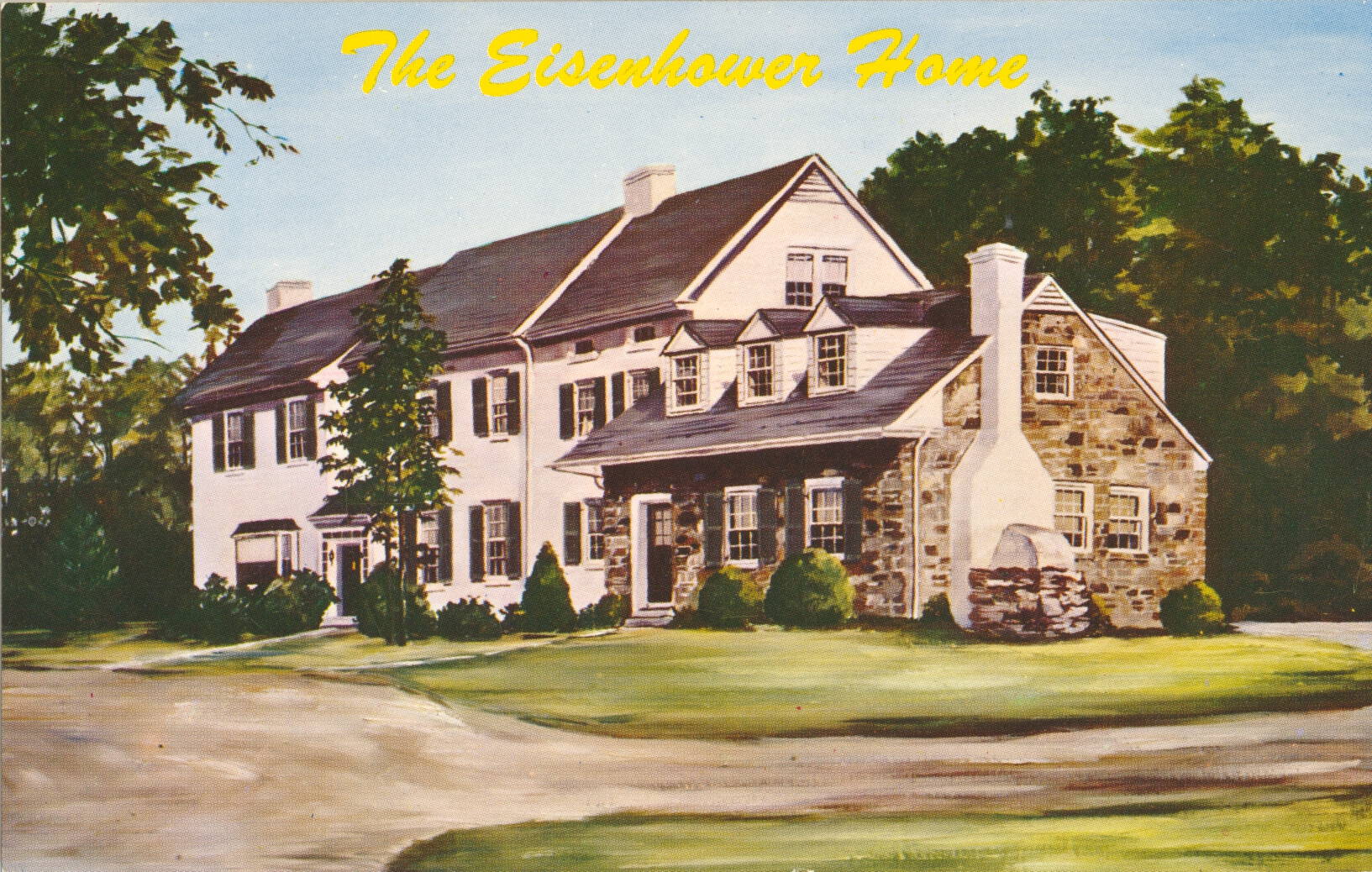 Taken from an original paining.

–Eisenhower lived here with his parents and brothers until he went to West Point. It remained in the family until it was deeded to the government as a site for the Eisenhower Library.