This is an aerial image of a portion of the National Cemetery on the Gettysburg Battlefield in Pennsylvania. It was made famous by the dedication speech given by Abraham Lincoln which is now carved into the wall of the Lincoln Memorial in Washington D. C. 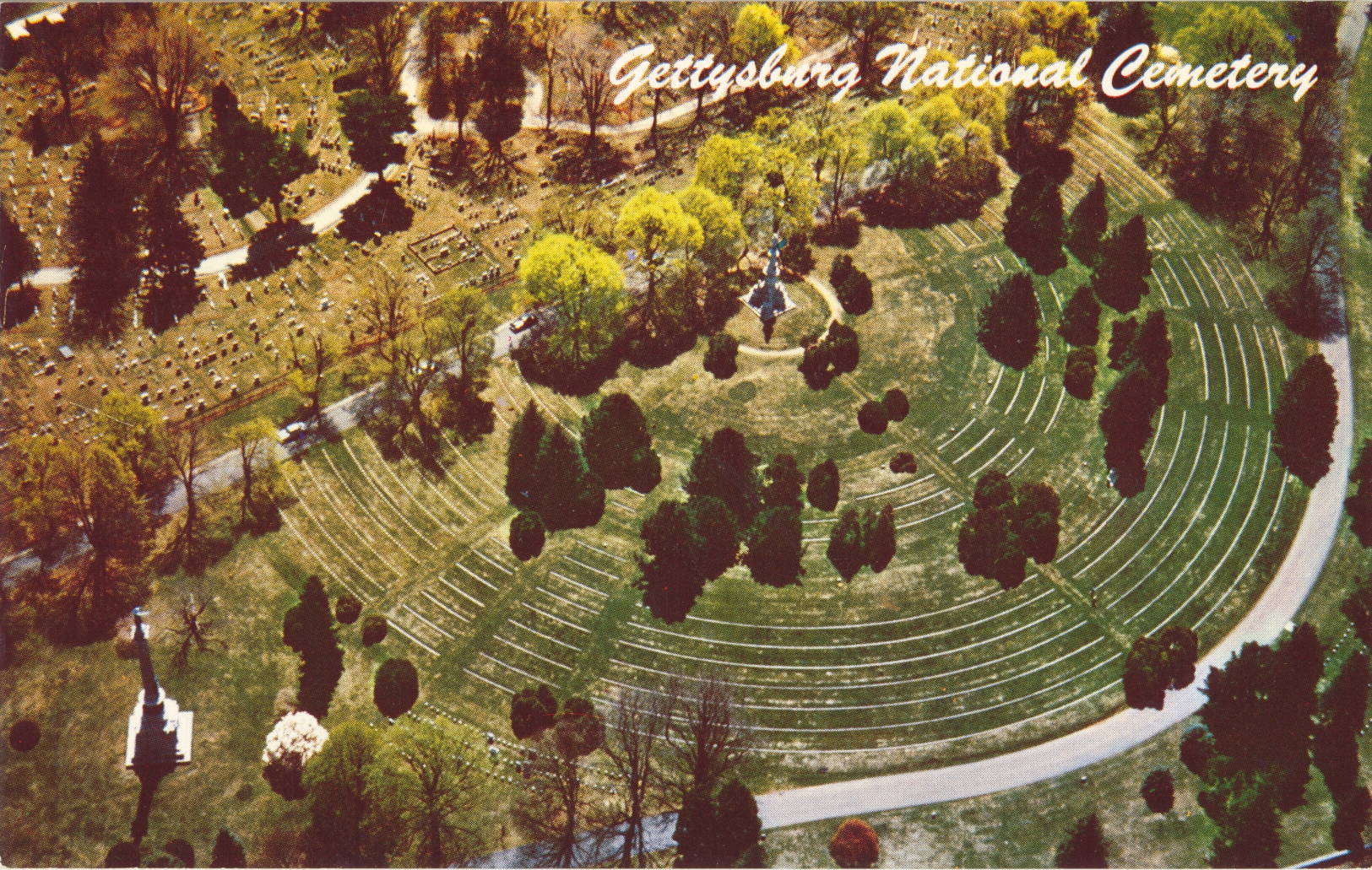 This aerial view clearly shows the rows of markers for both the known and unknown Northern dead who were interred here. The known dead total 3,555 and are buried in eighteen different groups, each state having its own individual section. The New York State Monument is in the foreground and in the read and center stands the National Monument which is near the spot where Lincoln delivered his immortal speech of dedication and is the nation’s tribute to her sons who gave their lives as the price of victory on the field of Gettysburg.

–This postcard likely dates from the 1950s.