This image shows the front entrance of the Marmorkirken, or Marble Church, located in Copenhagen, Denmark. It is also known as Frederick’s Church. 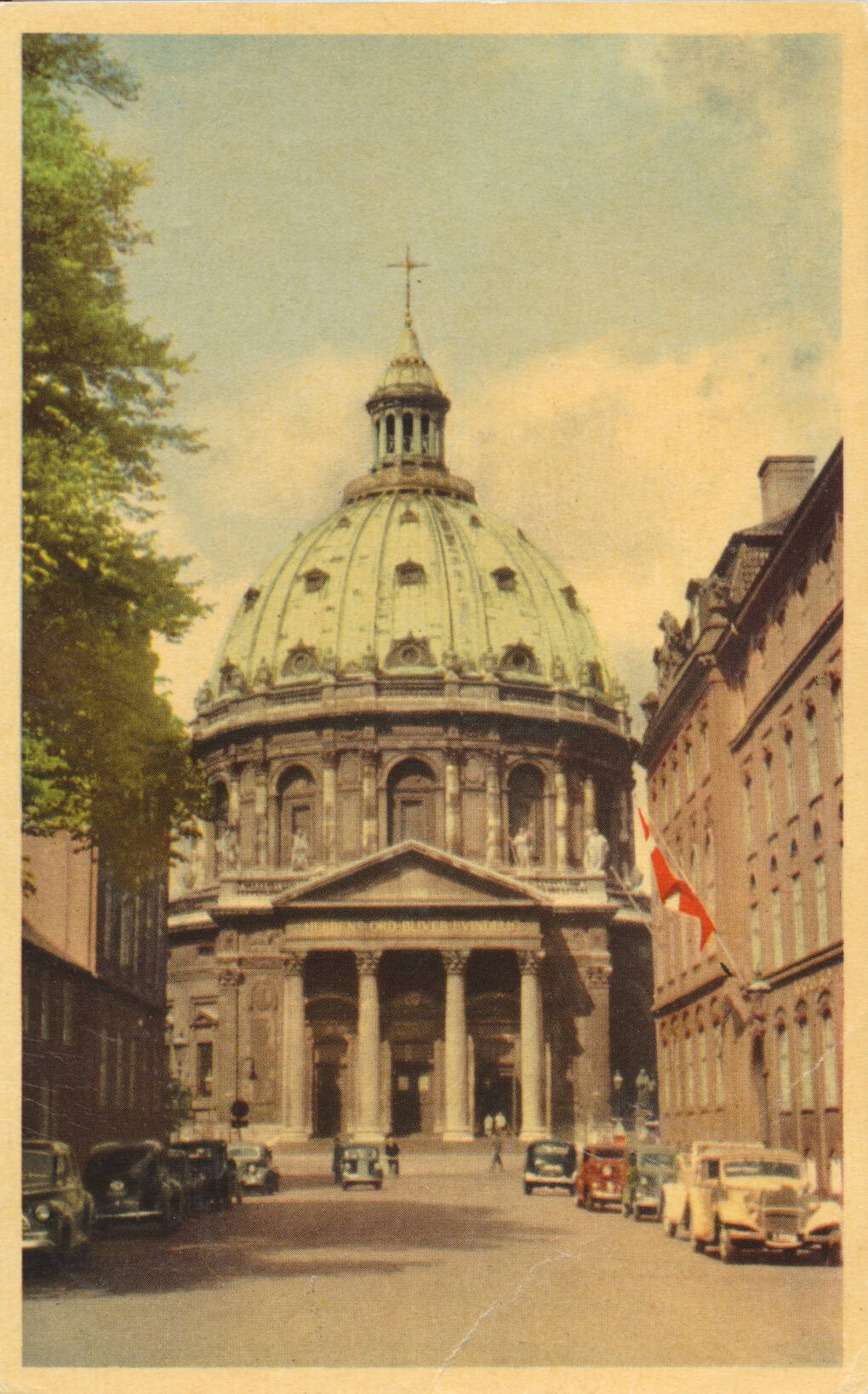 –It was originally intended to be built entirely of marble, but was later redesigned to be built of limestone. The building was started in 1749 but not completed in 1894.

This poscard was used and is dated 1953.