This image shows a highway bridge as it passes over a view of Donner Lake, which is situated high in the Sierras. 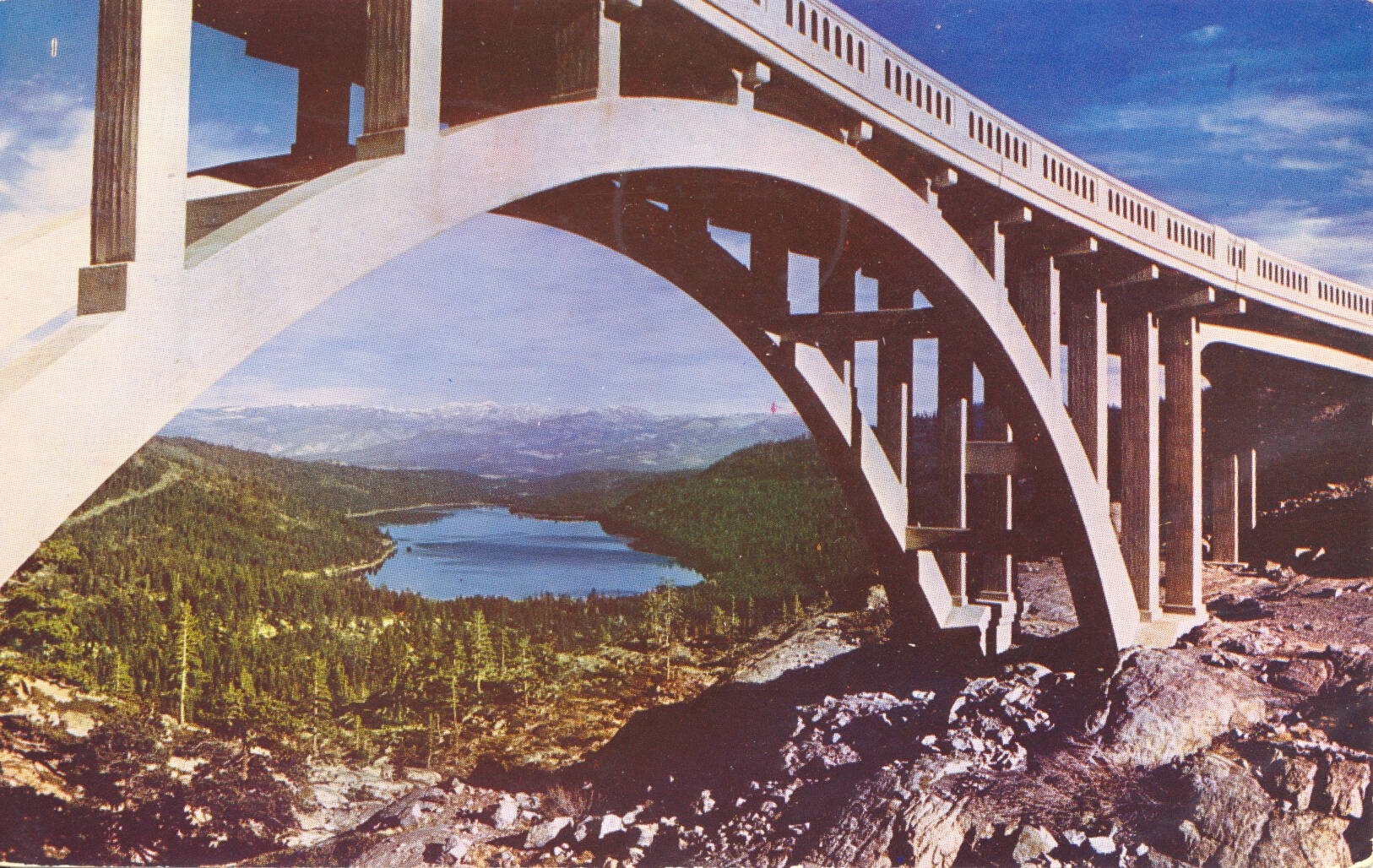 This beautiful alpine lake lies in a glacial hollow in the Sierra Nevadas surrounded by glorious scenery. Pioneer monument to the east en doc the lake stands where the ill-fated Donner Party of gold-rush days were snow bound.

–The namesake group which was led by George Donner and became stranded in a severe blizzard which left them with no supplies or ability to progress, which led to cannibalism among the party to ensure survival.

The photo is most likely taken from McGlashan Point.