This is another image of Pinnacle Point, taken from almost the exact same location as the previous posting, as shown by the presence of the tree in both images and the close relationship of the tree to the rocky background. 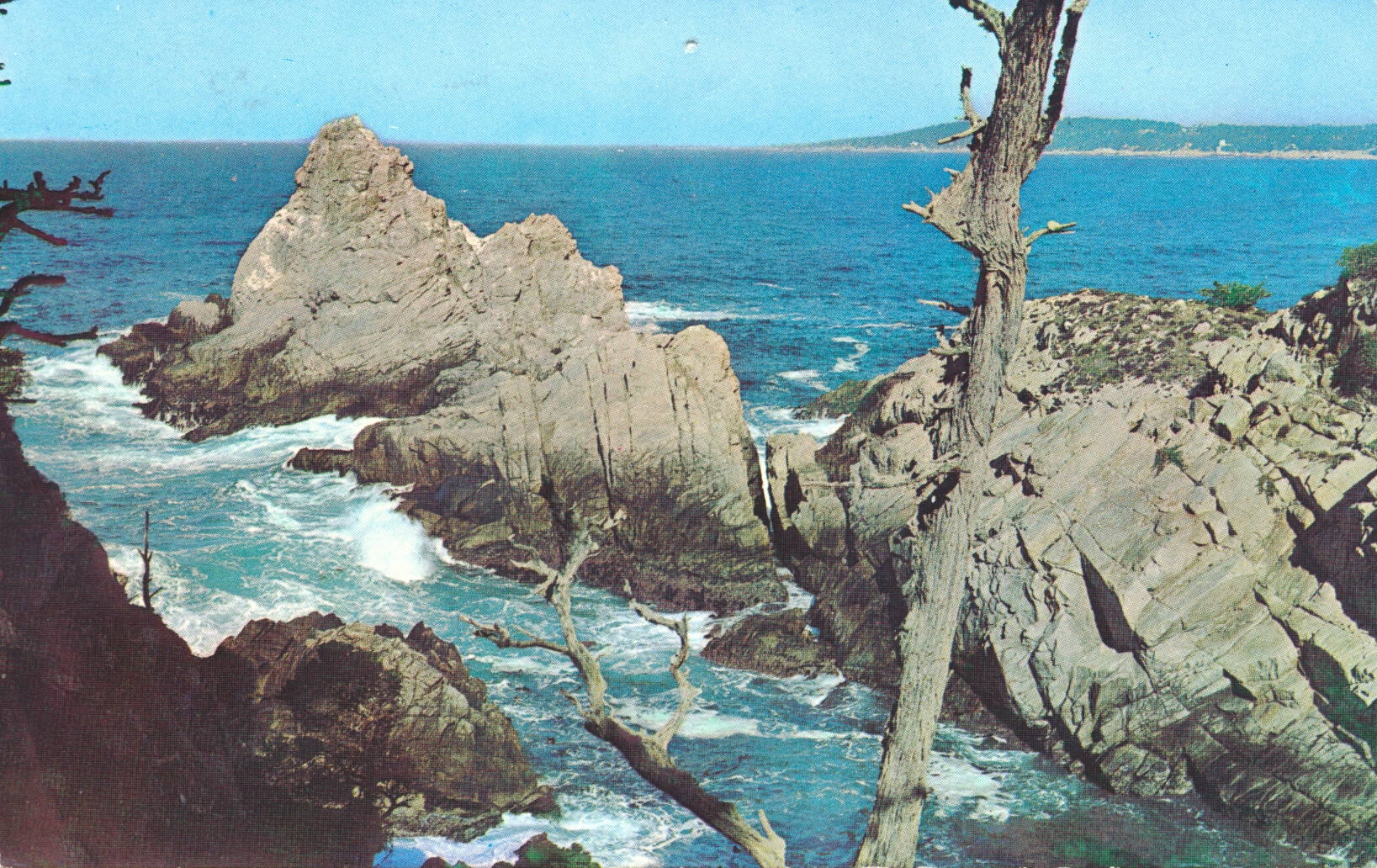 A highlight of the rugged wave-swept coastline at Lobos State Park, south of Carmel, California.

–Both card were produced by the came company, and have the same omission “Lobos State Park” instead of the correct “Point Lobos State Park”. This image appears to be taken during late morning or mid-day, as the shadows are smaller and the color contrast diminished. Still, the exceptional blue color of the sea is still obvious.