This image shows a typical view of the Pacific Ocean seen by a hiker along the coastline trails of Point Lobos State Reserve, just south of Carmel, California. 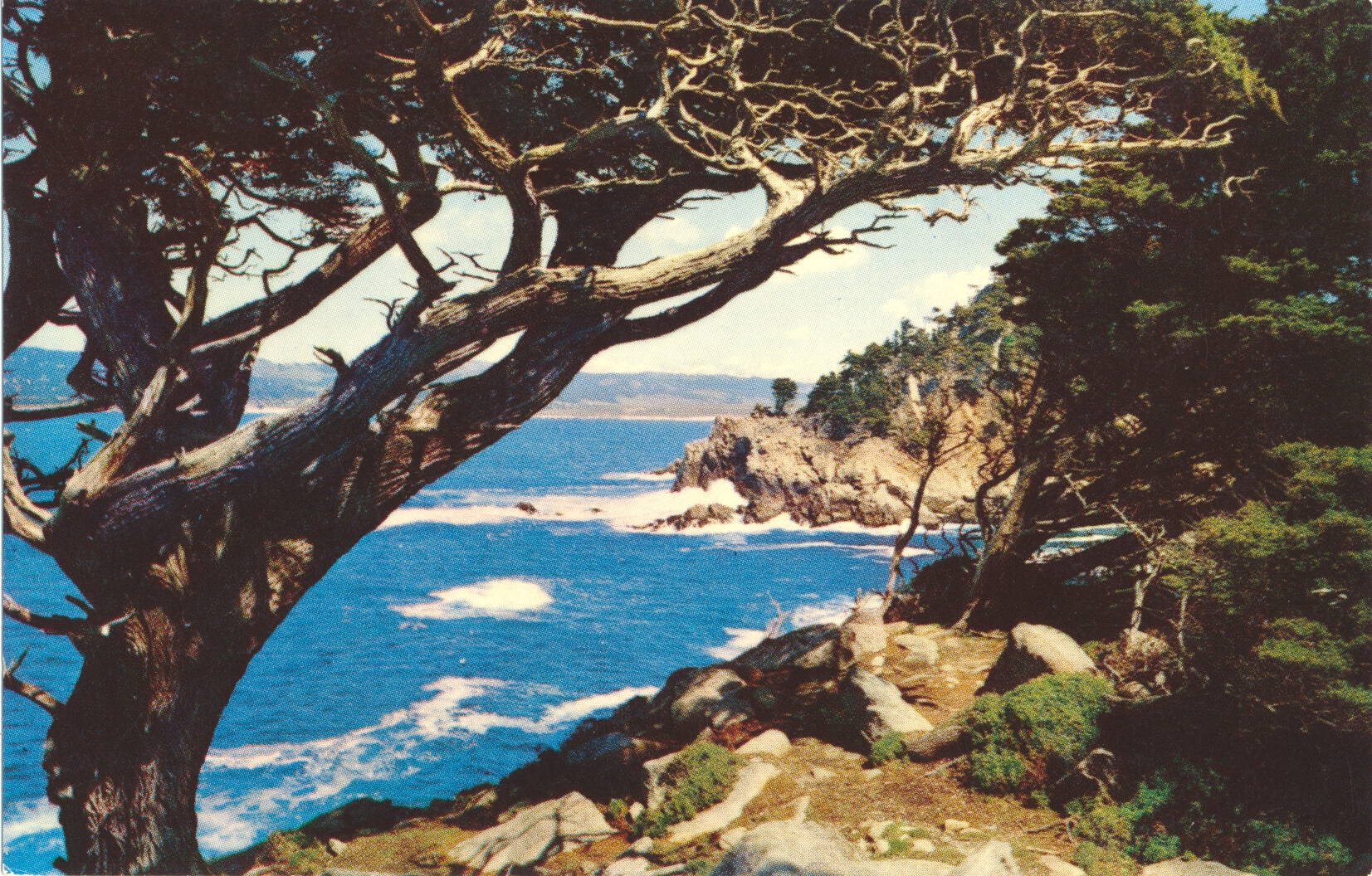 Fascinating and surf-beaten Point Lobos is noted for its jagged rocks, deep gorges and wind twisted cypress trees. One of the most spectacular points along the California coast. it is reached by the scenic coast highway three miles south of Carmel.

–Here and in other pictures of Point Lobos the color of the sea is an exceptional shade of blue, as though reflecting the sky above it.