This image is an iconic example of a dead Monterey Cypress which has been blanched by sea spray and sun to leave a whitened ‘sentinel’. It was known as the “Old Witch Tree” and used in many movies and photographs. 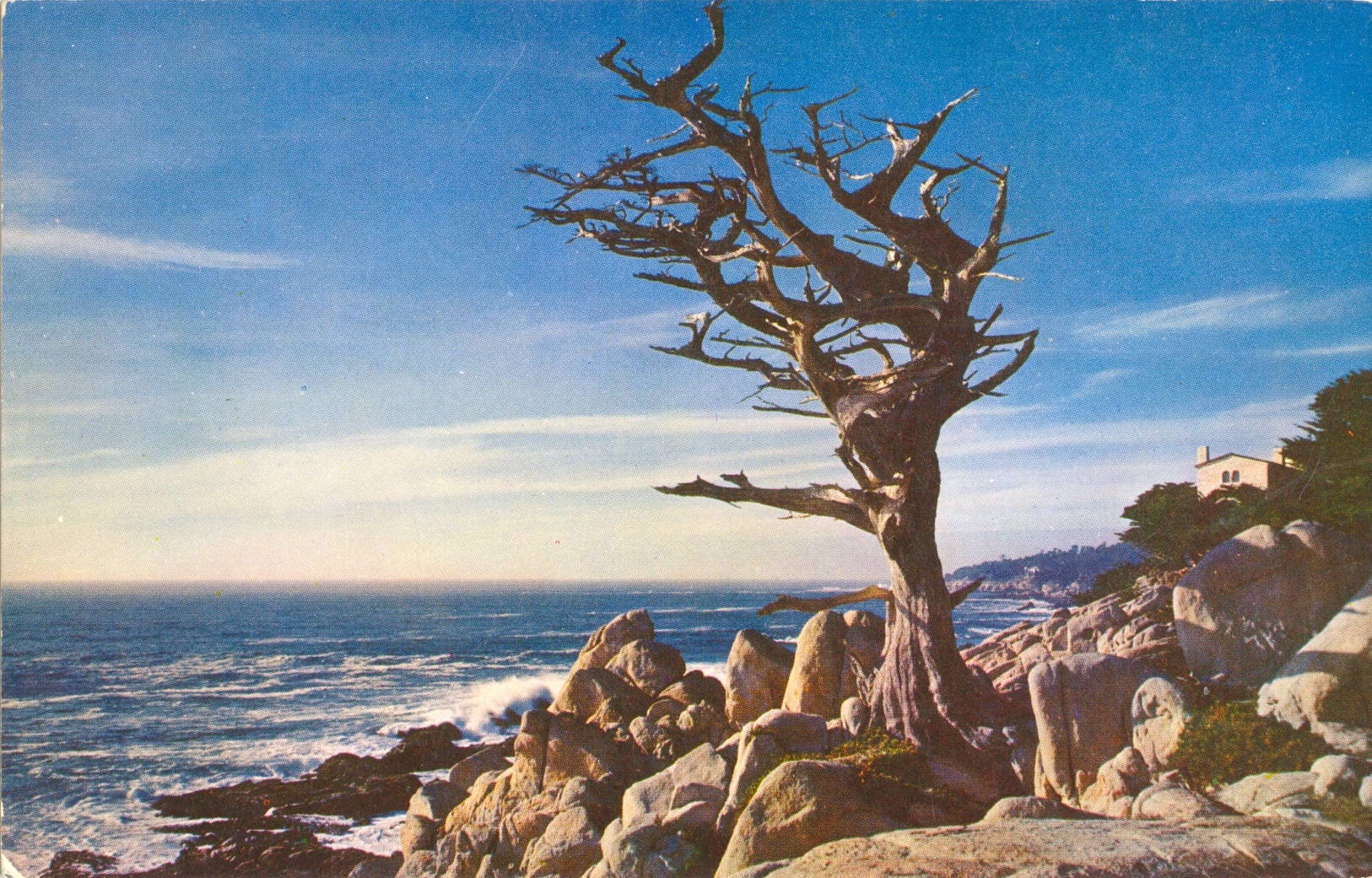 Even in death this gnarled Cypress maintains is centuries-long vigil on the wave-swept coast of the 17-Mile Drive.

–Such trees are common only in a small segment of the central California coastline, and are a memorable attraction for visitors from around the world. This example, at Pescadero Point, blew down in 1964.