This image shows several live and dead Monterey Cypress trees, the latter of which are known as Ghost Trees. 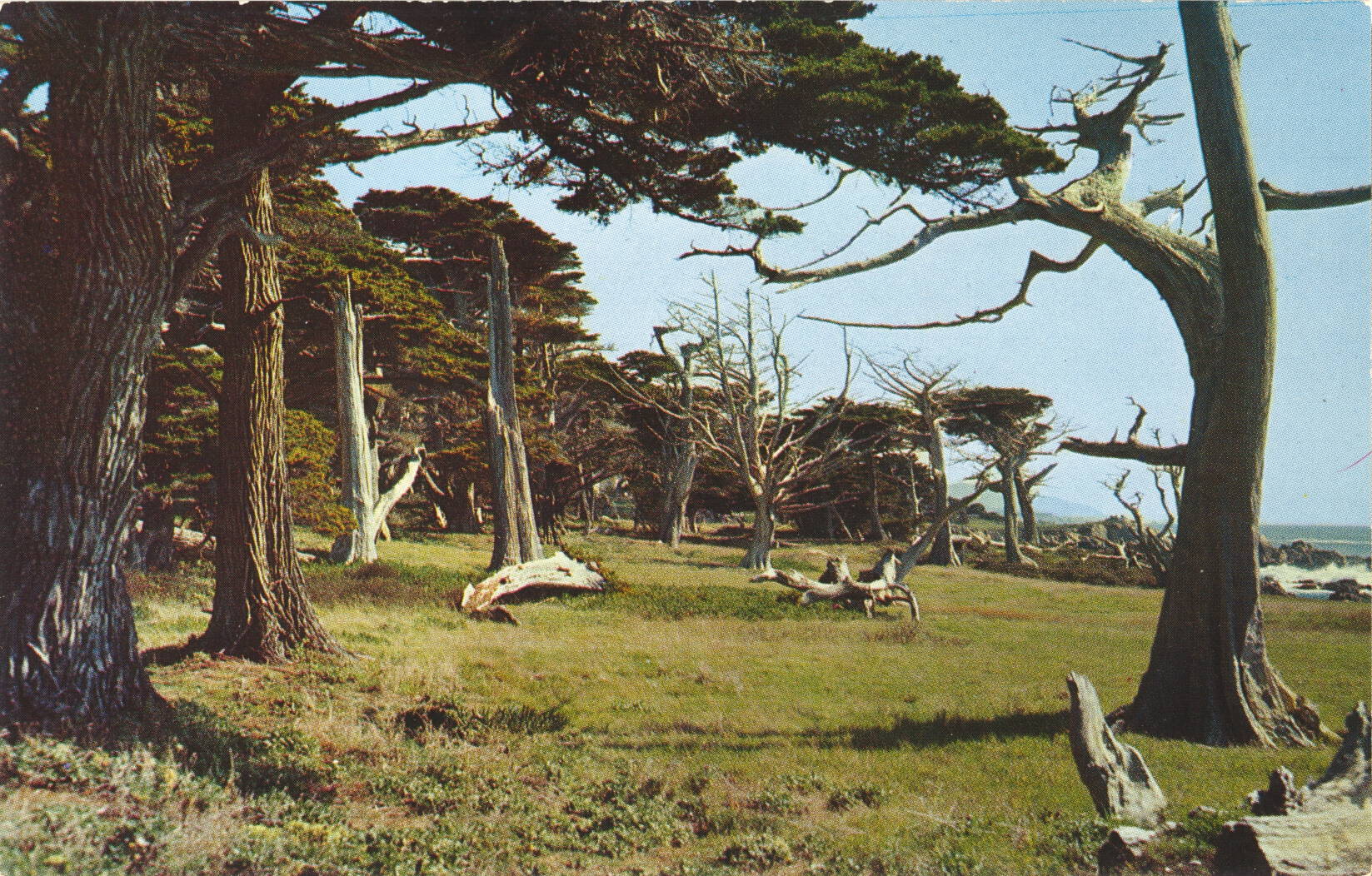 Once widely distributed over this part of the coast the Monterey Cypress now makes its last stand in a limited area between Cypress Point and Point Lobos. Robert Louis Stevenson compared them to “:Ghosts fleeing before the wind”. Clutching at precarious footholds in the face of ocean gales they lift their weather beaten gnarled and twisted branches in grotesque postures…Merle Porter

–The ghost tree gains its appellation from the whitened trunks and branches of the dead trees which contrast with the more typical brown and green of the living examples.

Ghost Trees is also a well known surfing location with a reputation for very large and dangerous waves.