This is a painting of an award-winning horse named Charlie’s Pride raised on a ranch in Cascade, Colorado. 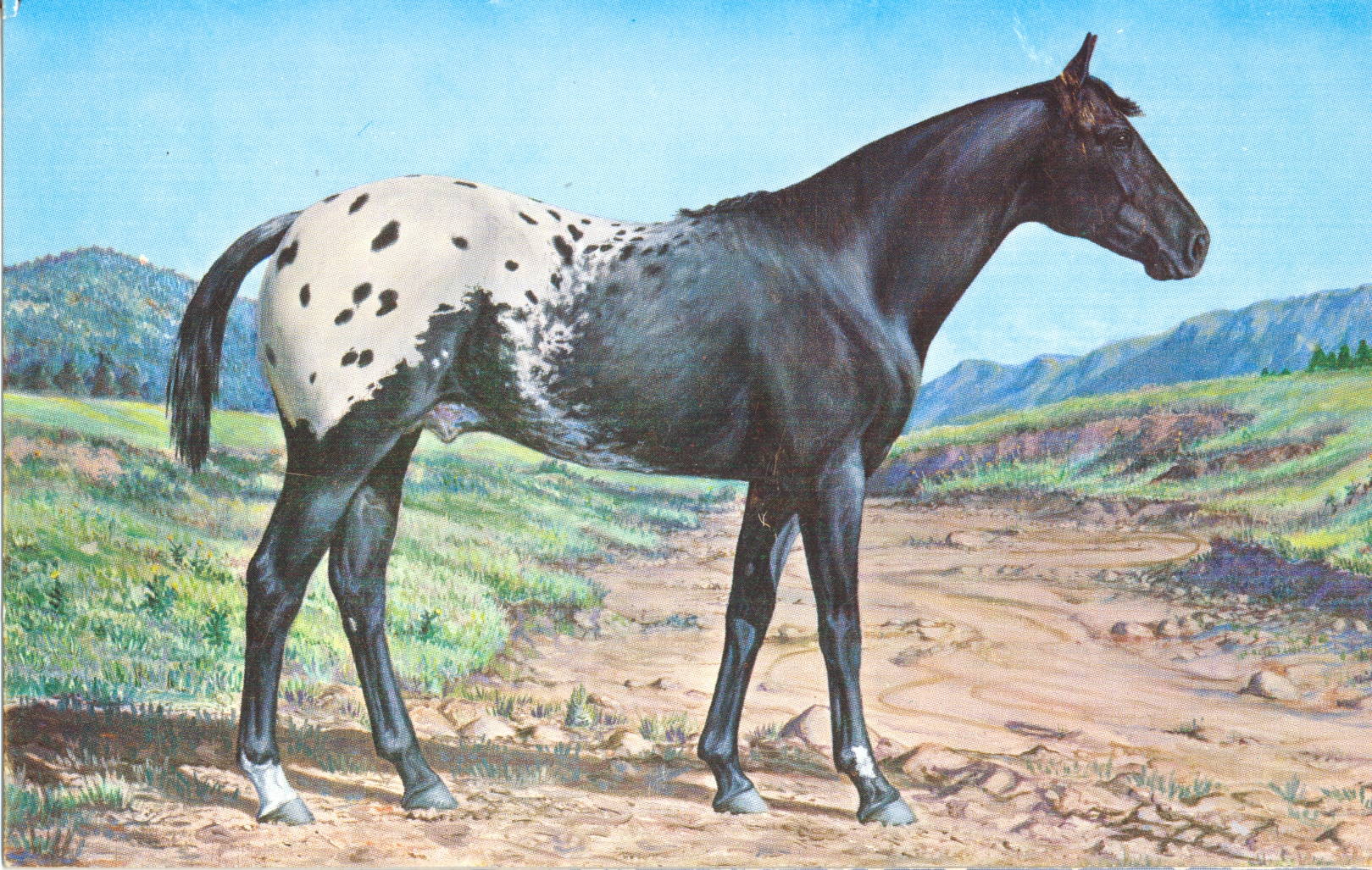 “Charlie’s Pride” owned by the Appaloosa Four Bit Ranch of Cascade, Colorado. The Appaloosas are booming well known throughout the west for their Conformation, Color and Ability.

The painting is by Western Artist Darol Dickinson of Calhan, Colorado.

— A basic search for the ranch does not show any current indications it still exists.

The Appaloosa is distinctive for its coloring as clearly shown in the painting. Some examples are completely covered in spots, though spotted hindquarters are more common. The word appaloosa is derived from the region where these horses were first common, the Palouse, where they were called ‘a palouse horse”.

This particular coloring pattern is known as ‘blanket with spots’.

One website indicates that this horse was born in 1958, so this image likely dates from a few years after that.