This image shows the recently completed Hollywood Freeway in Los Angeles, California, with a view of the iconic city hall in the background. 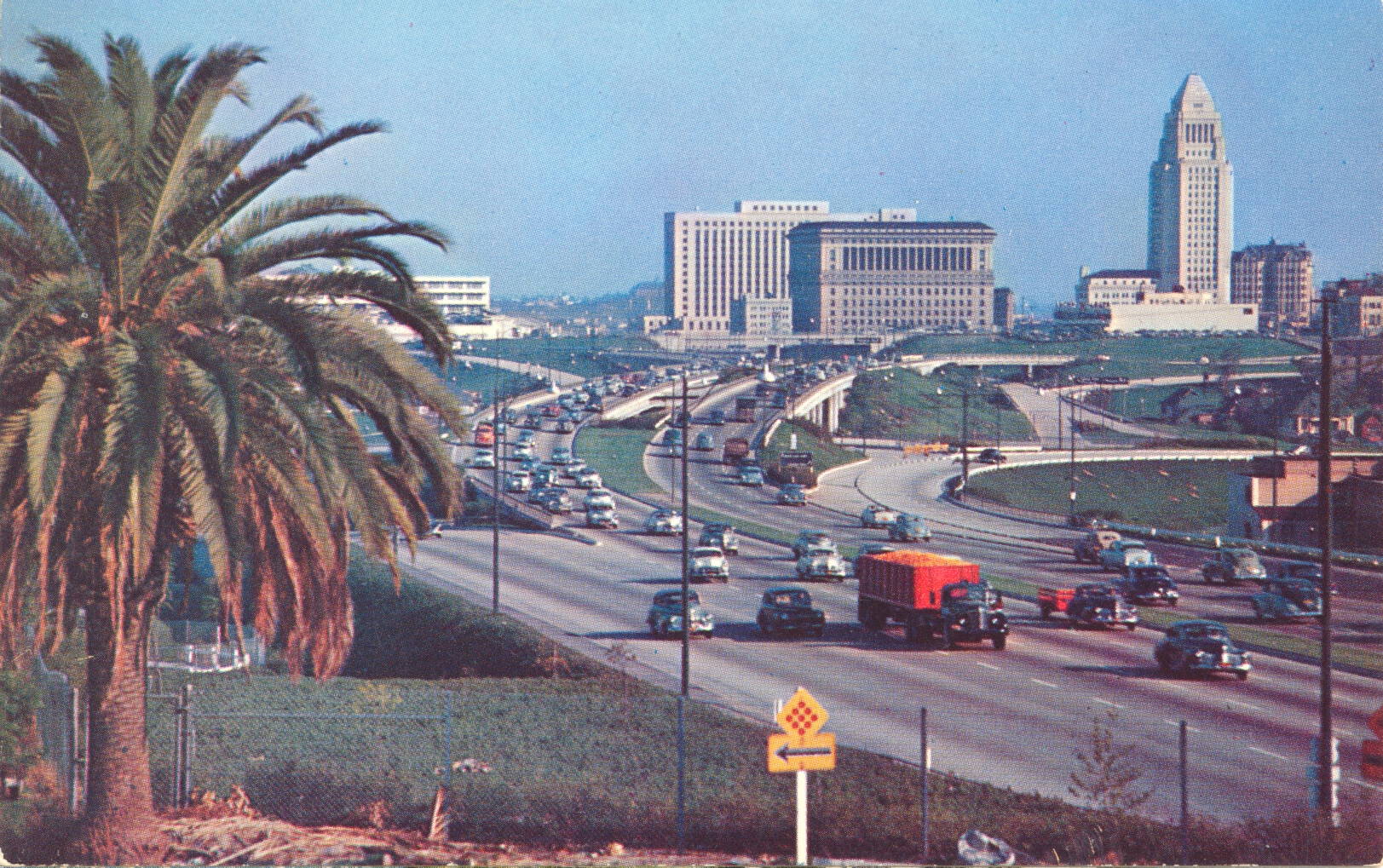