This image features the Plains Hotel in the center, showing the Lincoln Highway as it passes through the city. 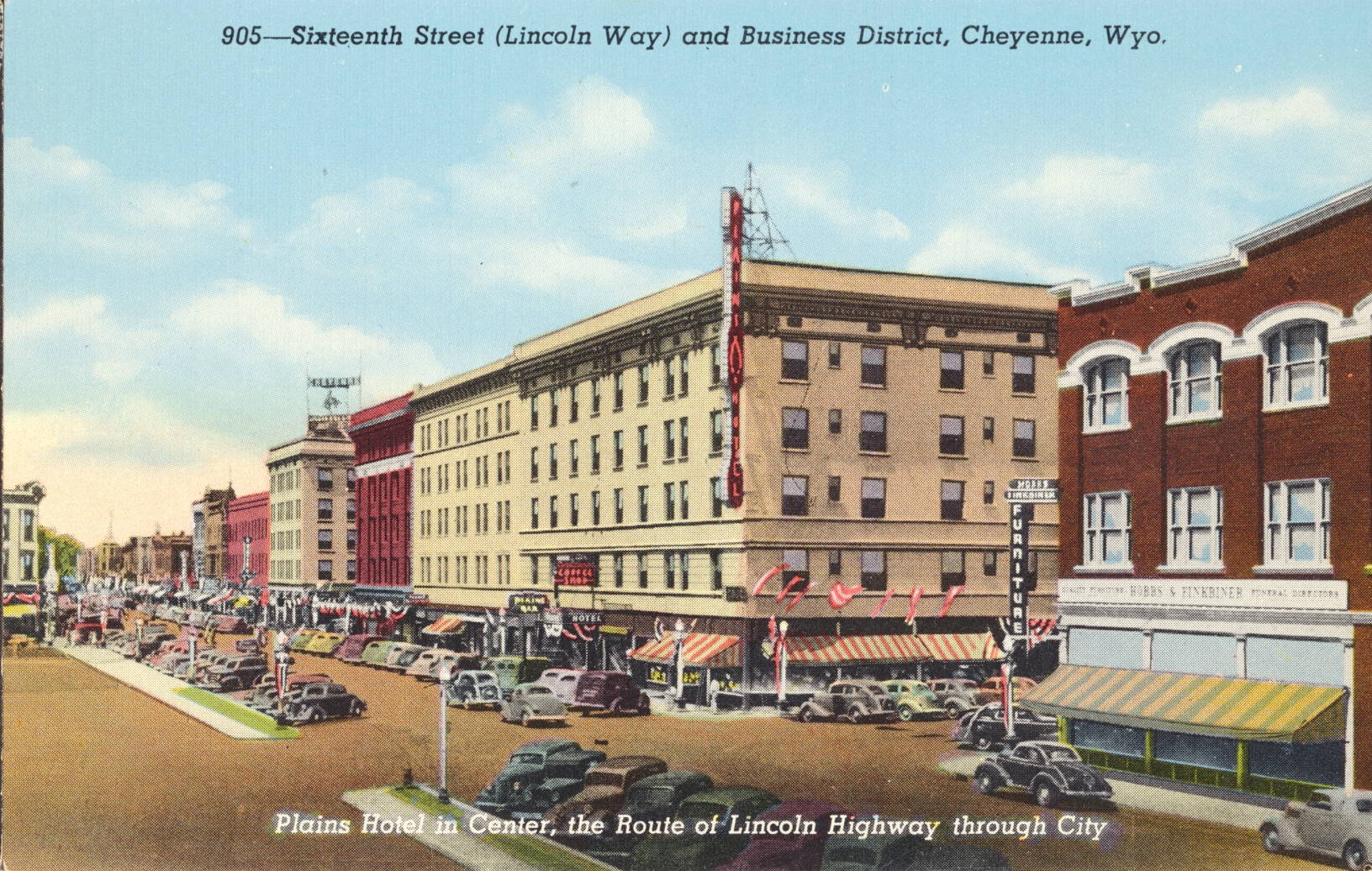 Sixteenth Street is the main cross business street of Cheyenne as well as the route of the Lincoln Highway thru the city. Cheyenne with its miles of paved streets and its numerous large business and public buildings has all the appearances of a city of 50,000 although its population is less than half that.

–The Plains Hotel continues in business to the present, now registered as a National Historic Landmark. The Lincoln Highway has been relocated to bypass the city and is now known as Interstate 80. The street labelled 16th on this card is now Lincolnway.

The cars shown in this illustration indicate that this image dates from the 1940s.