This is an image of a typical Plains bison, often called buffalo, taken and illustrated from an animal in the Wichita Mountains Wildlife Refuge in Oklahoma. 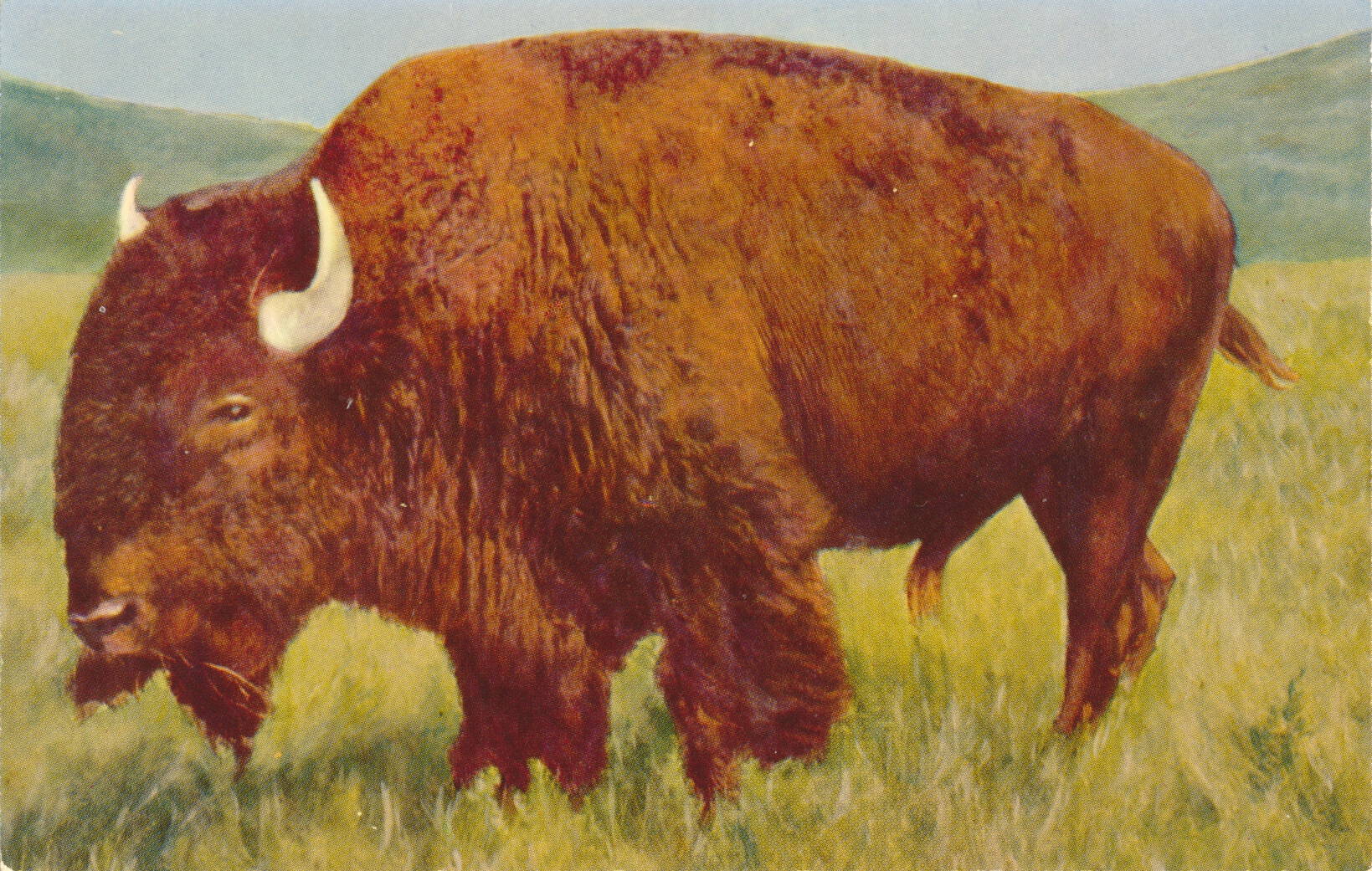 One of a herd of 600 Buffalo in the Wichita Mountains Wildlife Refuge, photographed and painted by C. Faye Bennett.

–The bison roamed over much of North America until its migration routes began to be crossed by the railroad. Unrestricted slaughter of the bison nearly drove it to extinction, but the numbers have recovered after protections were put in place and refuges established.