This is an artist’s rendition of an early photograph of the famous American poet Henry Wadsworth Longfellow, who lived primarily in the New England area. 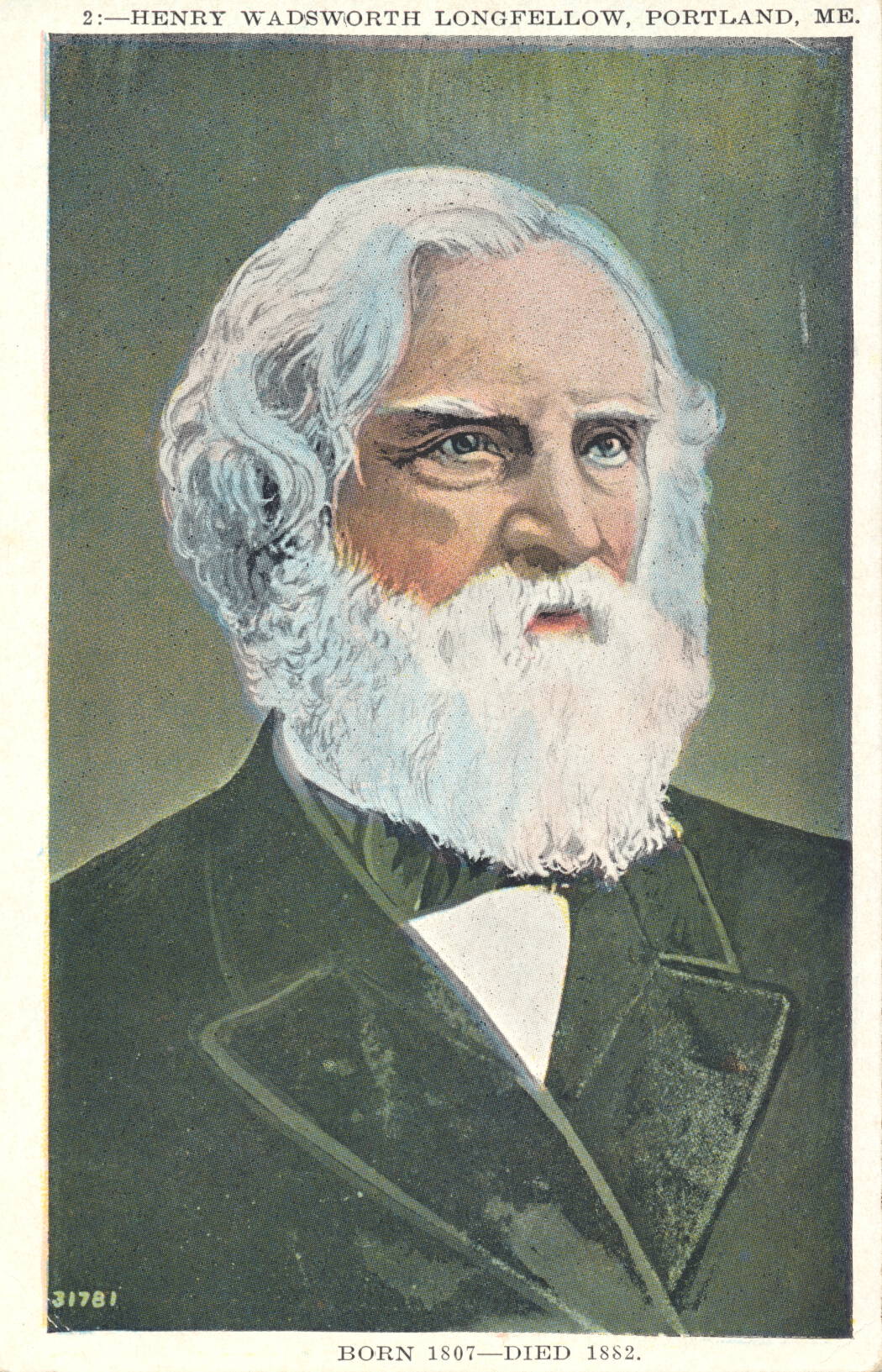 Pub by The Eastern News Co., Portland, Me.

There is no description on the back of this card. The legend says:

–Among his notable poems are Evangeline and the epic Song of Hiawatha.