This image shows a group of tourists observing the water and sound phenomenon known as Thunder Hole, in Acadia National Park, on Mt. Desert Island, Maine. 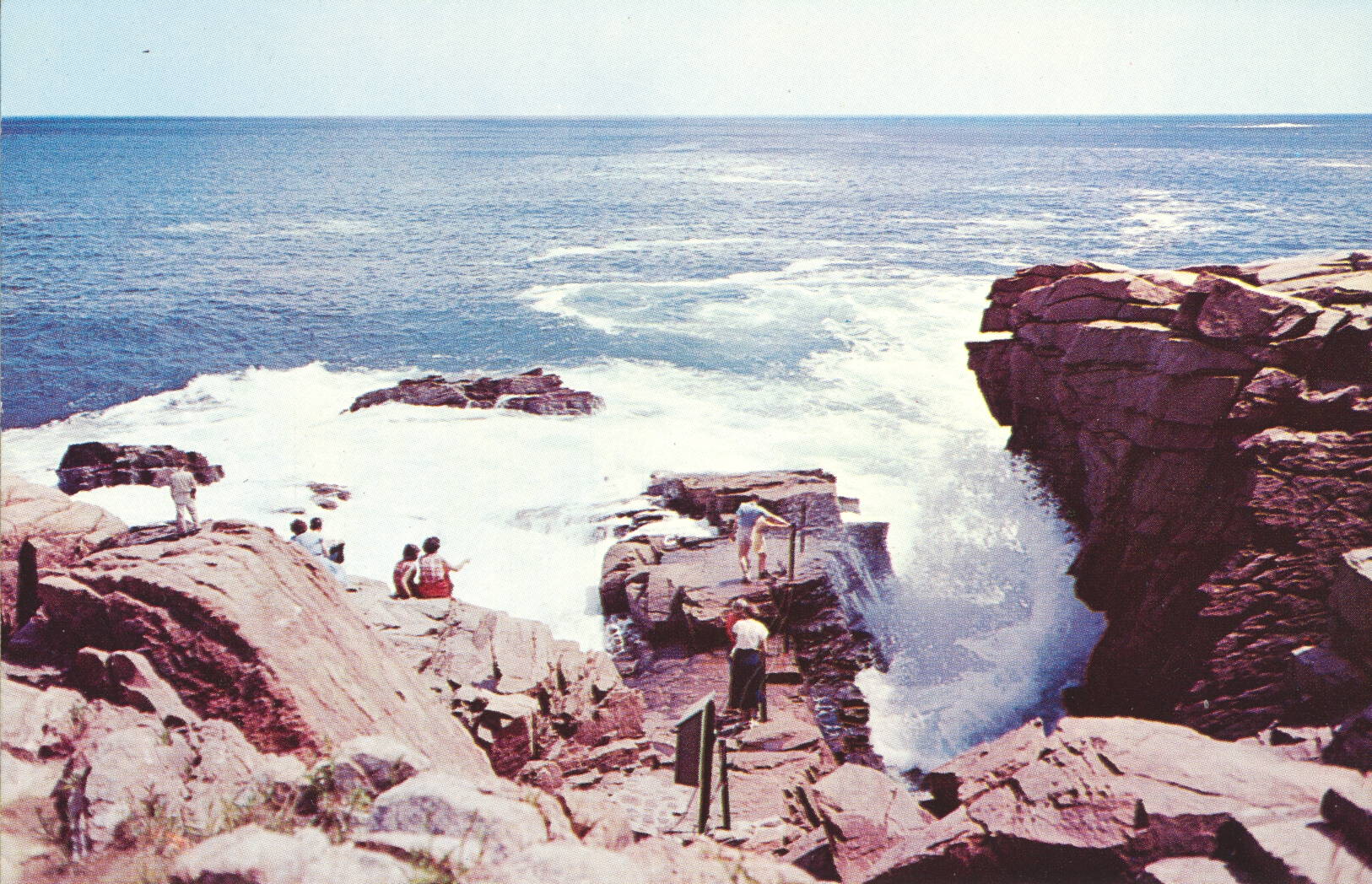 –This natural feature, known as a blowhole, is found in some coastal areas where the rocky cliffs have been eroded from underneath and a channel created in the rock which is exposed to the surface some small distance inland. The wave action forces the water into the narrow channel and upwards with considerable force and noise at the surface eruption point.